As you may have gathered I was in Scotland for the last two weeks, with a work load that did not really let me keep on top of blogging. All I can say is 'Thank God for the Schedule Function'.  Anyway, normal service will be restored as soon as possible!

Although winter in Australia had not really got its act together when I left, the same could not be said for Spring - or even Summer - in Scotland.  Days of bright sunshine and temperatures in the mid and high twenties.  There was a consensus among all of the taxi drivers I encountered that sunshine in Glasgow was deeply unusual, and that it would start to rain soon.  However, they were wrong!

The Barn Swallow - or just the Swallow as I knew it as a kid - is a true harbinger of Summer, so it seems fitting to feature this bird in my first WBW from Scotland.

The Barn Swallow (Hirundo rustica) is a common and widespread visitor to the UK, and these shots were taken on the Orkney Islands, which lie 30 miles north of the 'top end' of Scotland.

These birds differ from the Welcome Swallow (H. neoxena), which is the 'standard' swallow in Australia, in a number of ways, the most obvious being the presence of a dark band between the chestnut of the chest and the white of the underparts.

This Barn Swallow is perched on top of a gravestone outside a small church on the Island of South Ronaldsay, nr. Burwick.  I could get all philosophical about a bird that seems to symbolise 'rebirth' in a year atop a grave - but I'll leave you to sort that out! 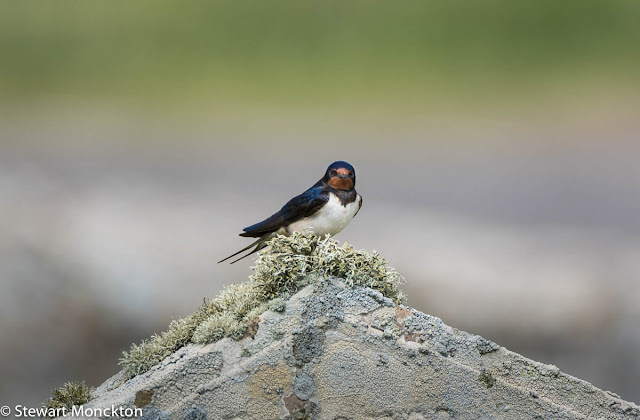 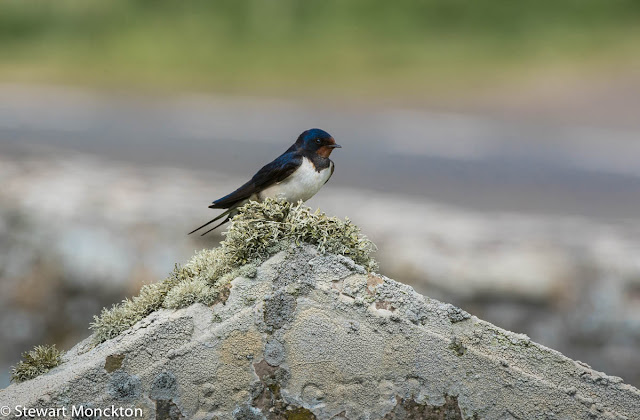 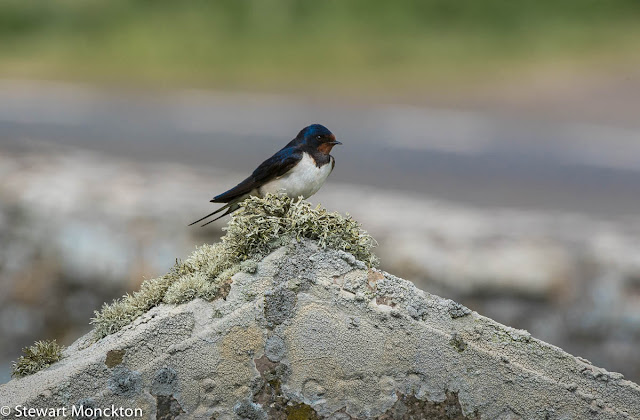 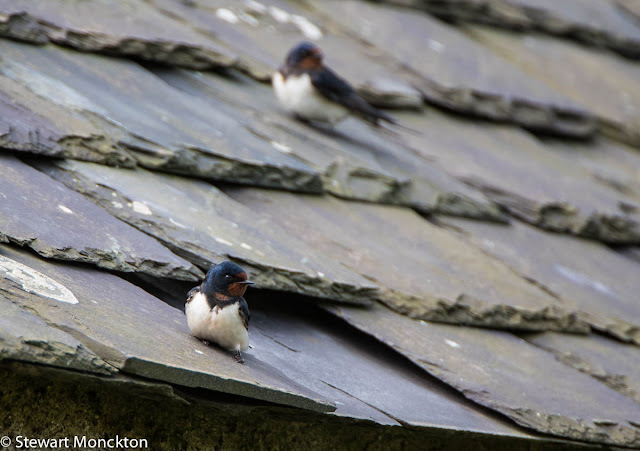 And now it's over to you.  Click the blue button and off you go.  Cheers SM.

An InLinkz Link-up
Posted by Stewart M at 02:30