During a bit of a brief walk on the weekend I came across this Purple Swamphen - or more correctly a Australasian swamphen now that the classification has been changed - stripping the seeds from single grass stalks.  This was rather good value to watch.

The bird was holding the stalk of grass lightly in its beak and then it would slide its back along the grass, removing all the seeds.  I recall doing a similar thing as a kid - although using my fingers rather than my 'beak' - to create bunches of seeds to throw at people in a rather annoying way!

Photographically these pictures were a bit of a challenge - the bird was in tall grass which kept being 'grabbed' by the auto-focus and there were strands of wire from a fence as well.  In the end the birds were scared off by a large group of cyclists!

I have included a picture of one the the chicks that was also feeding in the area - I was impressed by the size of their feet! 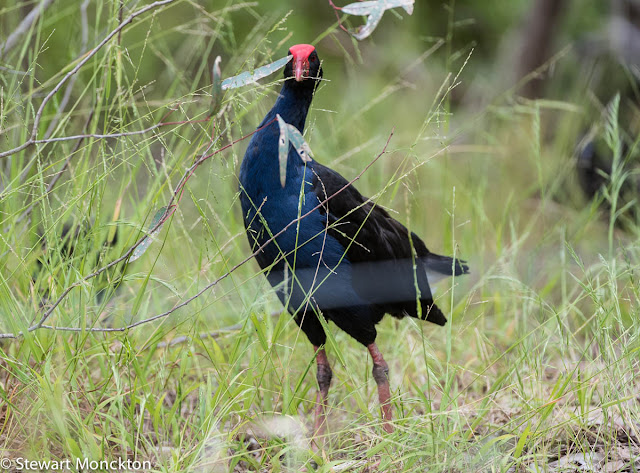 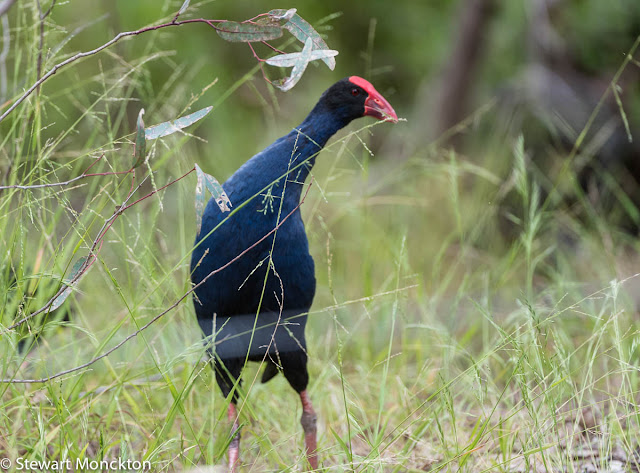 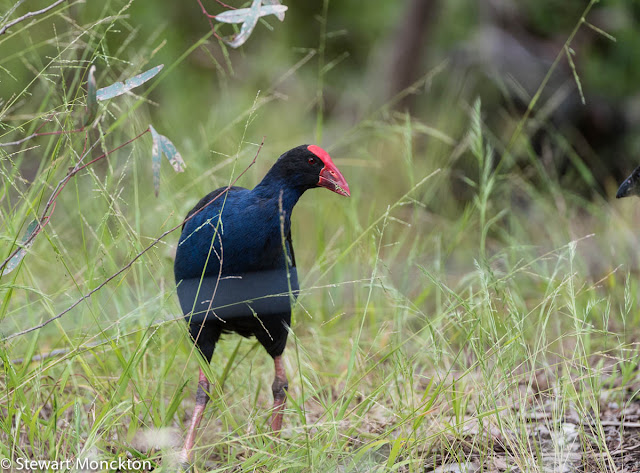 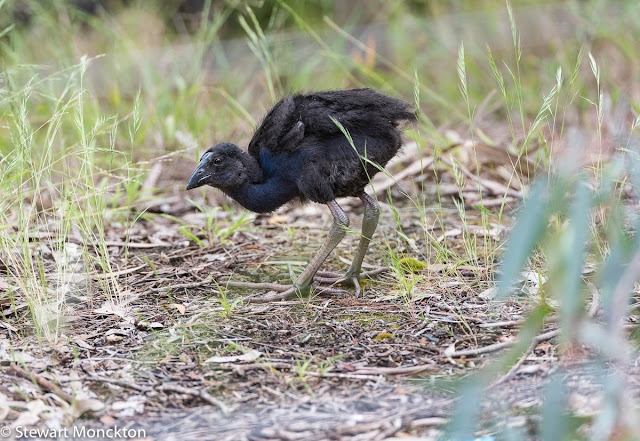 You can find more shots from around the world at Our World Tuesday.
Posted by Stewart M at 02:30