Darters are a fish eating bird that can be found over most of Australia - they tend to be absent from the dryer areas, for obvious reasons.

The first set of pictures were taken at Mamukala Bird Hide, and show really well that these birds feathers do not have the same water repelling oils applied to them as other birds.  If these were pictures of ducks you would see water 'beading' all of the feathers on the back of the bird.  As you can see this Darter looks soaking wet.  This is an adaptation to diving under water, as it makes the bird less buoyant.

This bird is also know as the 'Snake Bird' - and when its body is underwater, and all you can see is the neck and head, you can see why.  The formal name - Anhinga novaehollandiae - means New Holland Devil Bird.  The New Holland being an old name for Australia, and the Devil Bird being based on the name given to very similar birds that were first seen in South America. 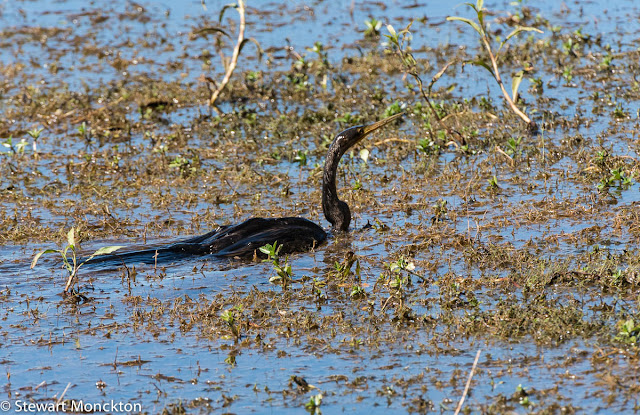 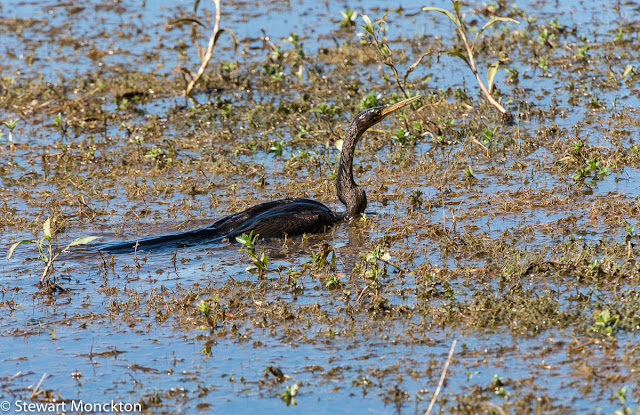 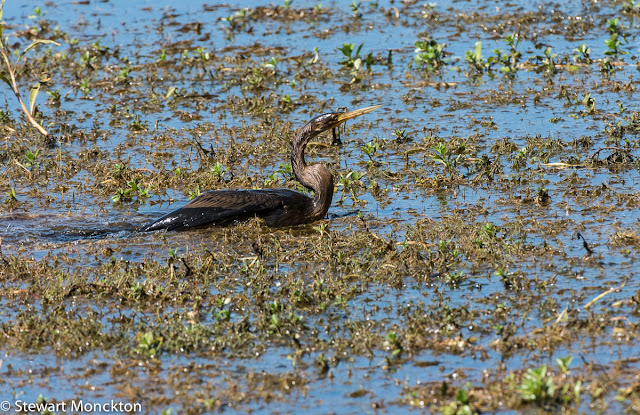 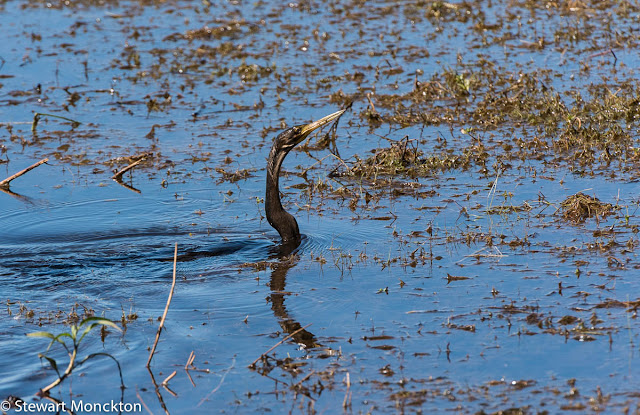 The second set of pictures, where a different bird has caught what seems to be a small cat-fish were taken during an evening tour of Yellow Water, a justifiably famous location in the Kakadu National Park. 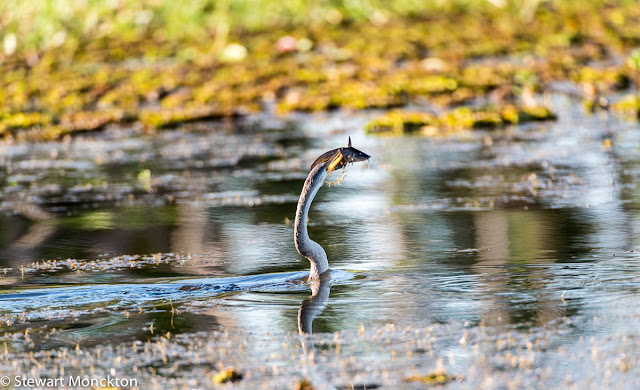 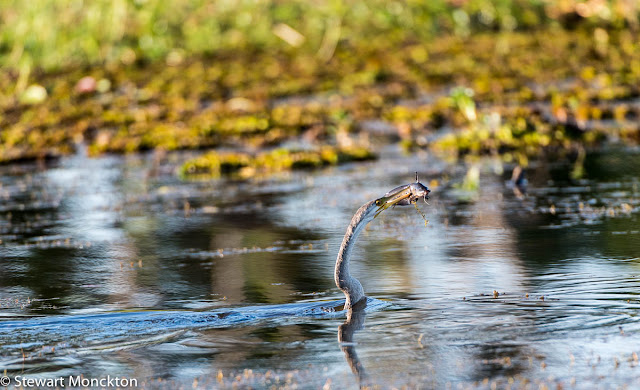 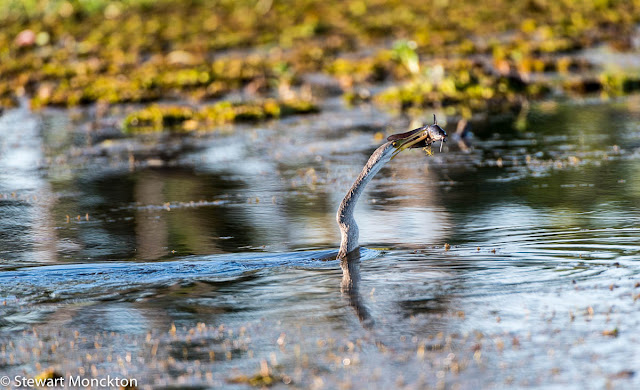 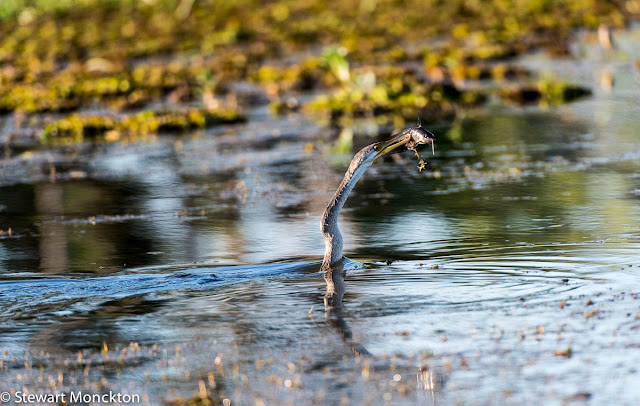 Now its over to you - click the blue button to join on with Wild Bird Wednesday.