Sunday was, to use a sporting cliche, a game of two halves.

The morning was spent in fruitless searching for Powerful Owls, although I did find a rather nice tree.  The afternoon was a family trip to the football, where we found a bird that was not a Powerful Owl, watched the sunset light up the clouds and then kicked a football on the hallowed turf of the MCG.

The not Powerful Owls won the game - which was good for me - and even better for them as their season has been a disaster to this point!  The victory was followed by pizza and red-wine.

A rather fine day I must say! 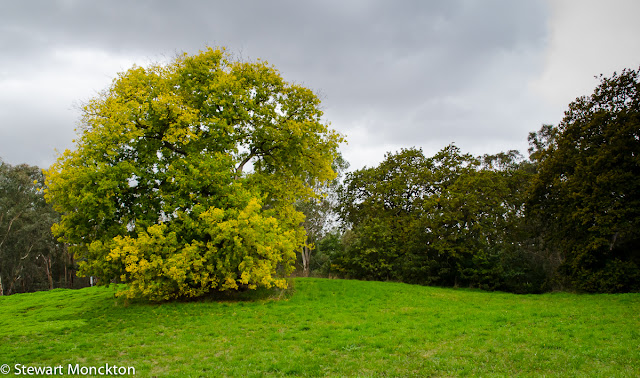 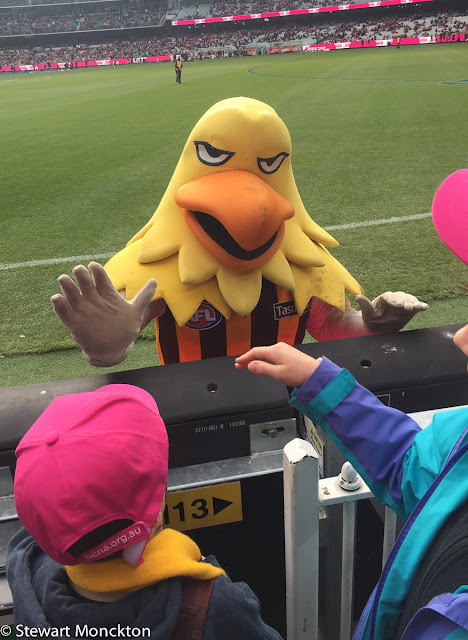 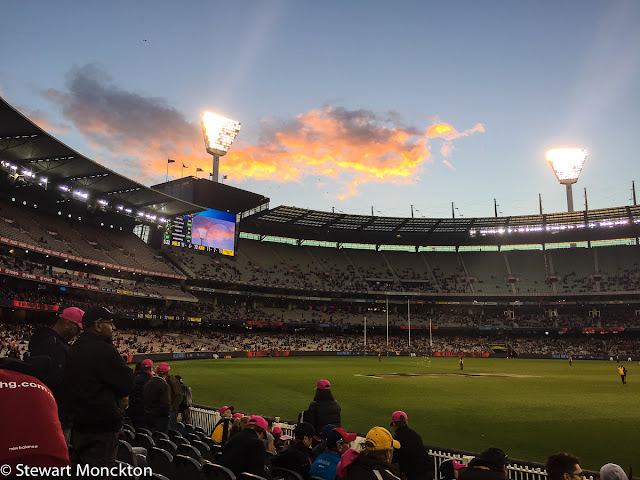 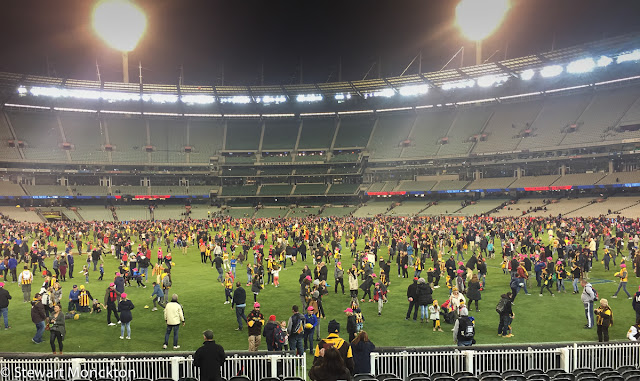