WBW returns to Australia this week, with the Pink-eared Duck (Malacorhynchus membranaceus).  This is a wonderful little duck that is widespread throughout much of Australia, although it is absent from parts of the dry interior, far north Queensland and Tasmania.

This duck is 'monotypic', which means it is the only species in its genus. While you can see how the duck got its name in these pictures, they were taken while I was having some of the best views of this species I have ever had.  Normally I see these ducks at a greater distance, and in that situation the 'pink ear' is not really visible.  In the past this duck was referred to as the 'zebra duck' - and at long range this actually makes a lot of sense

You can also see from the pictures that this duck has a rather strange shaped bill.  The shape of the bill is formed by two fleshy flaps that hang down at the front and side - this feature is referenced in both parts of the scientific name.  These flaps (and associated whiskers) allow this duck to filter feed.

All of these pictures were taken this weekend when I visited a new (for me) hide at Edithvale Wetalnds, which is about 1/2 an hour from my house.  I will be going there again.

When I was there, I discovered an important thing:  if you do not want to look like a complete idiot in public, make sure that the lens hood of your lens does not fall out of the hide window and scare away the ducks! 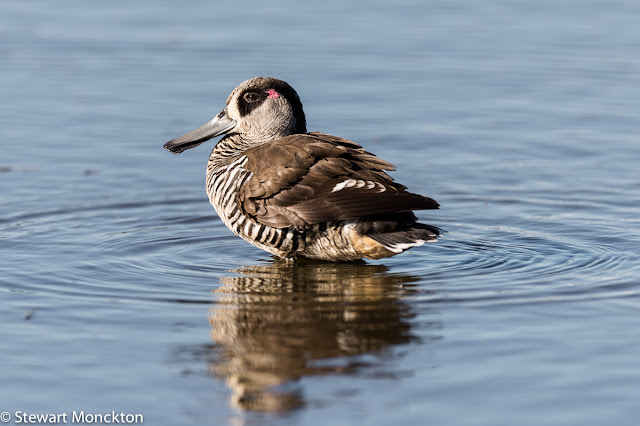 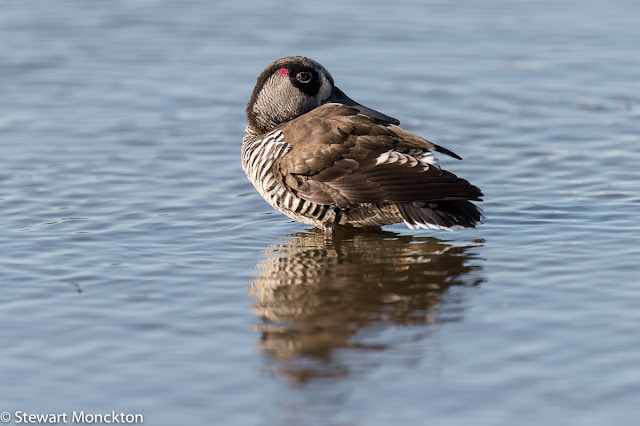 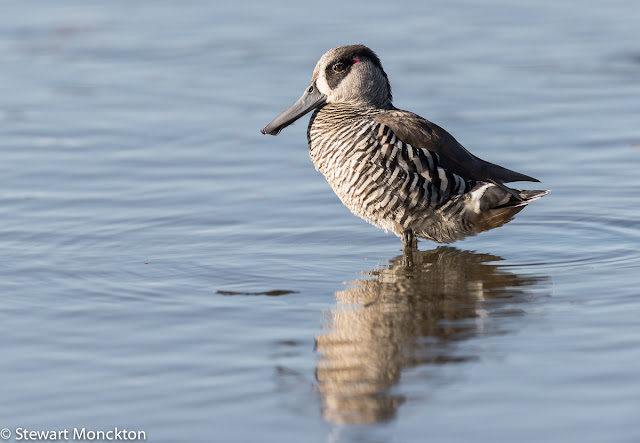 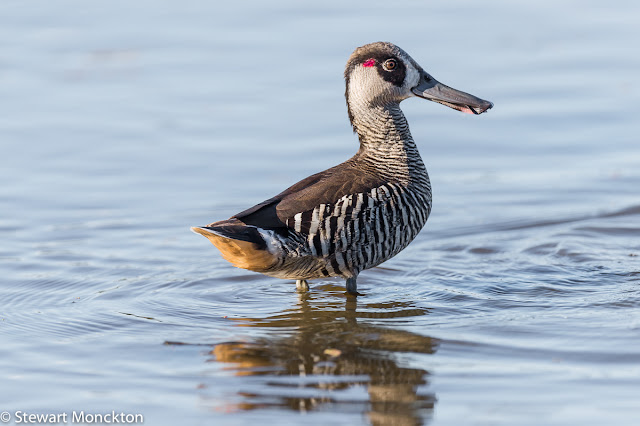 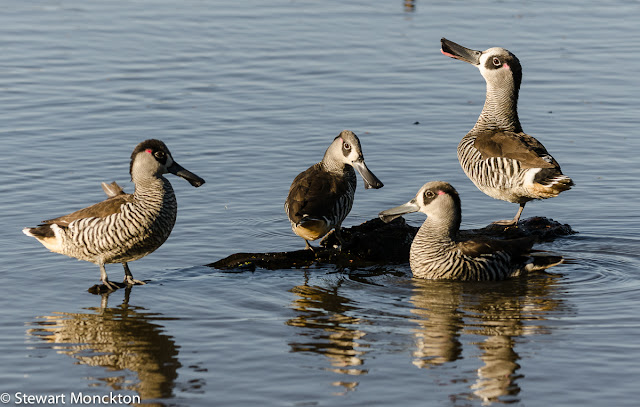 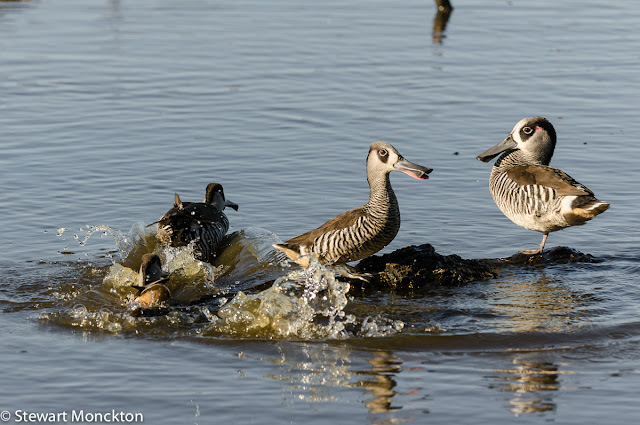 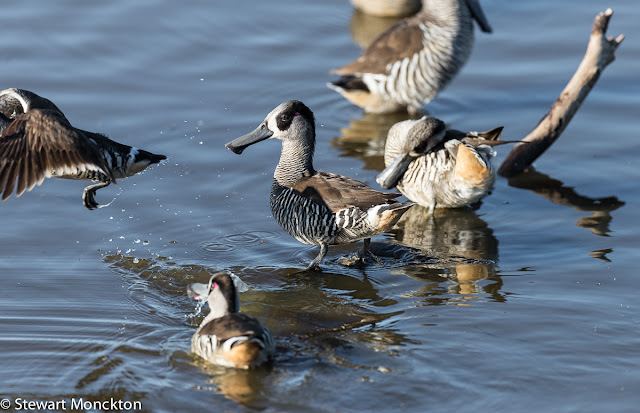 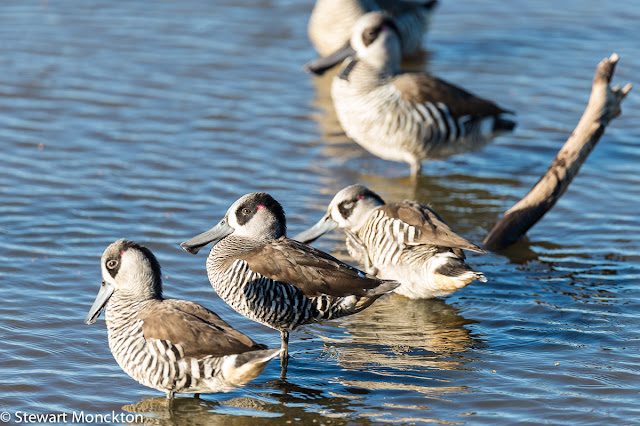 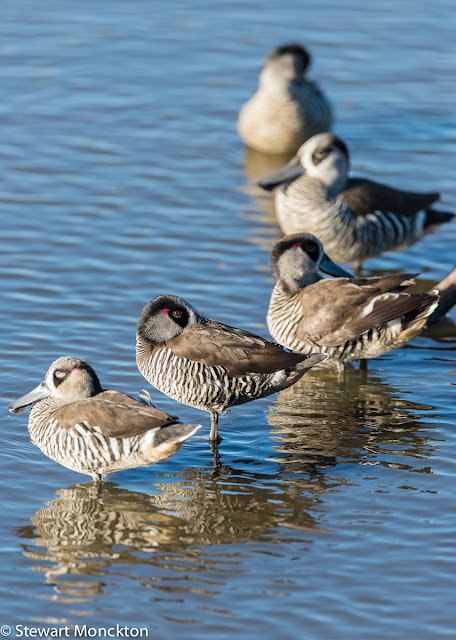 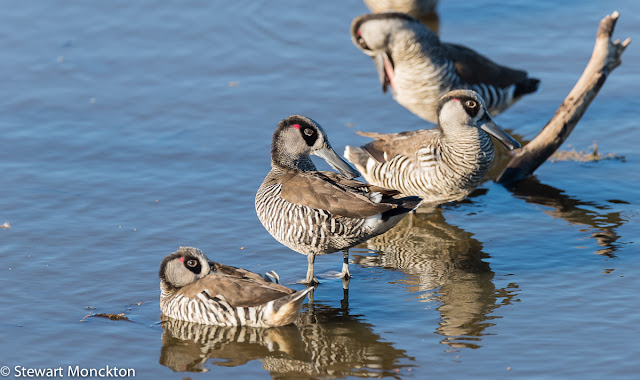 As ever, to join in with WBW click the blue button below the thumbnails.  SM