These Eastern Grey Kangaroos (Macropus giganteus) were loafing about on the football oval at Halls Gap in the Grampians.  They gather there in (surprisingly) large numbers most days and are a bit of a tourist attraction really.

These are the most abundant - some would say over abundant - in my neck of the woods.  In some places where they are fed by tourists, they can become rather aggressive, especially when they are trying to get food.  As with many other wild animals, some people seem to forget that they are wild and not zoo animals.  A number of people have been hurt by this type of 'roo - slashed with the claws on the back legs. As you can see from the pictures, these claws are not small! 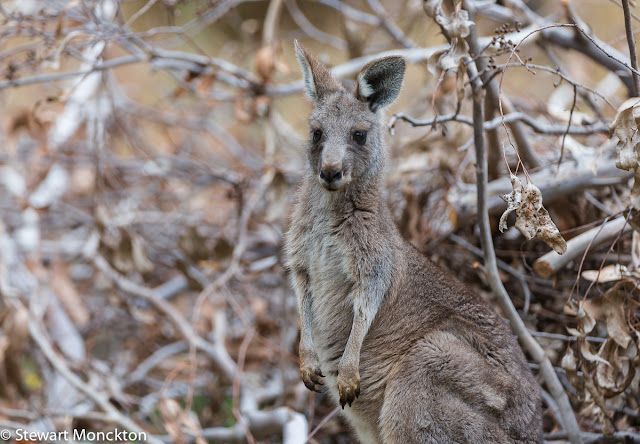 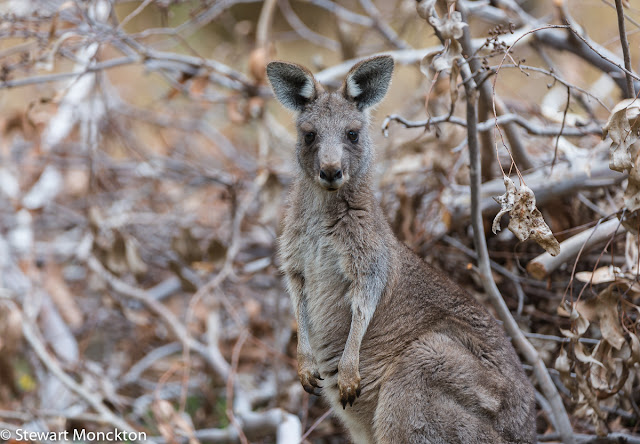 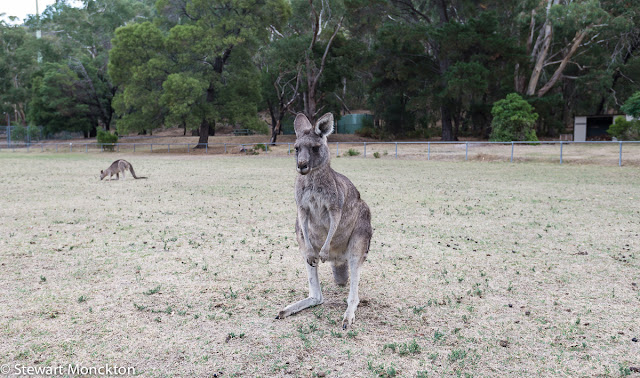 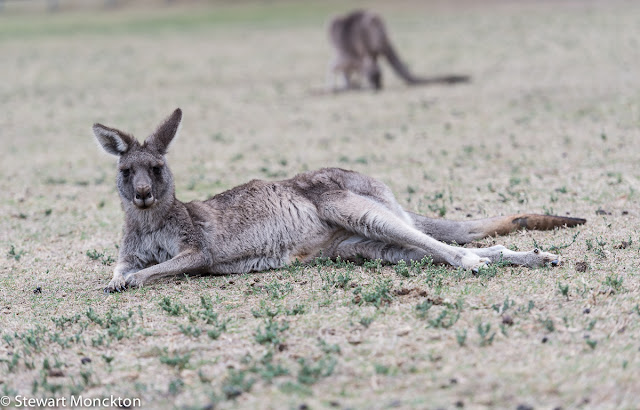 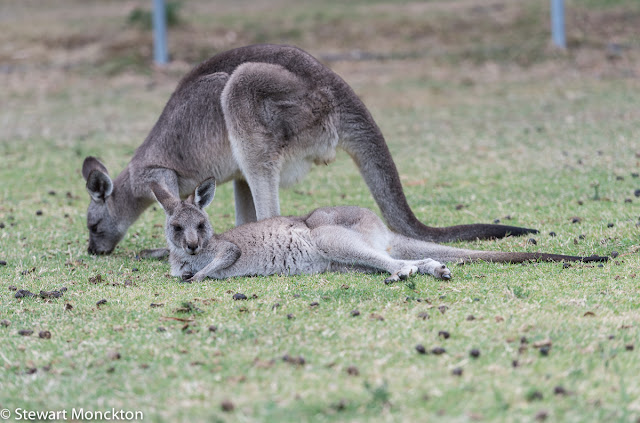 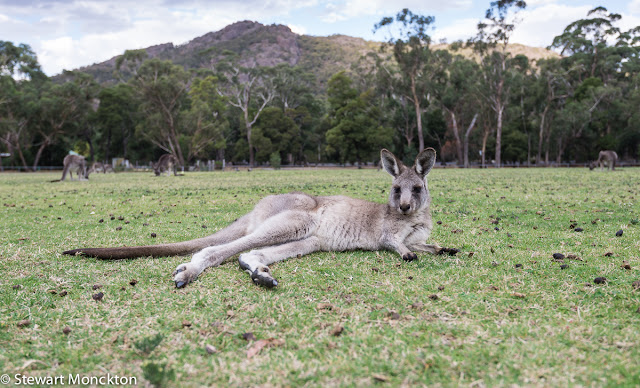 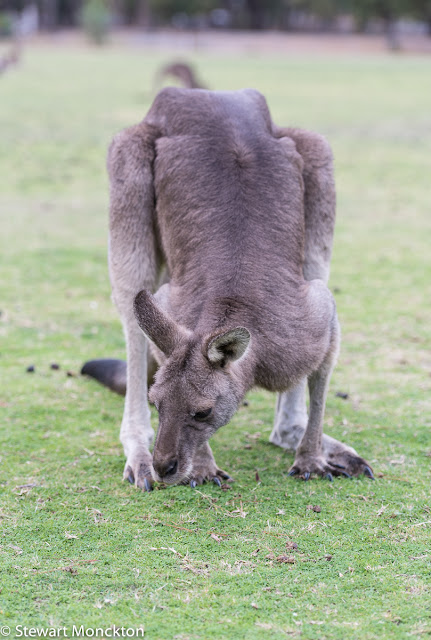 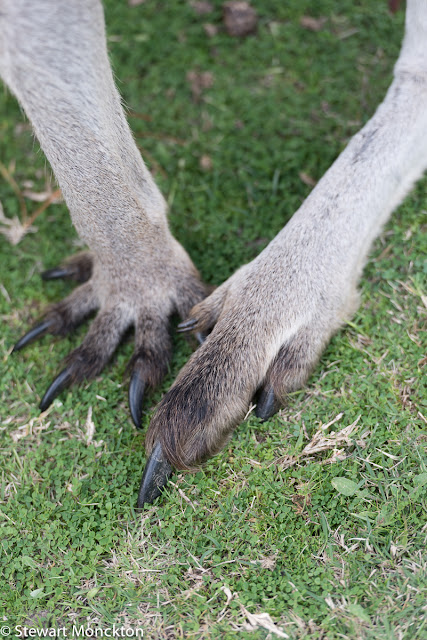 More pictures from around the world at Our World Tuesday.  SM