Eastern Quolls are small, nocturnal marsupial predators - think cats with pouches!  These animals were once widespread in SE Australia, but are now probably extinct on the mainland. However, they are reasonably common (in the right habitat) in Tasmania - and I was really pleased to get some (very grainy) footage of one during January.

Eastern Quolls (Dasyurus viverrinus) have a total length - head, body and tail of about 40 - 70 cm and they weigh between 0.7 and 2kg.  And yes, they do have really good flank spots!

Most of their diet comprises invertebrates, but they will also take carrion.  Basically they will eat pretty much anything they find!  The logs in the video had some strange looking scats on them - and I hoped that they were from quolls.  I scavenged a few large months that had had a bad experience with electric lights (!) and a few bits of what I think were the remains of a rabbit, and left them on the log and stump.  It seemed to work! 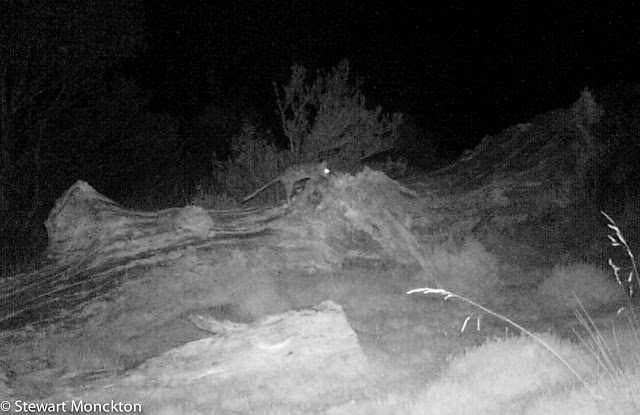 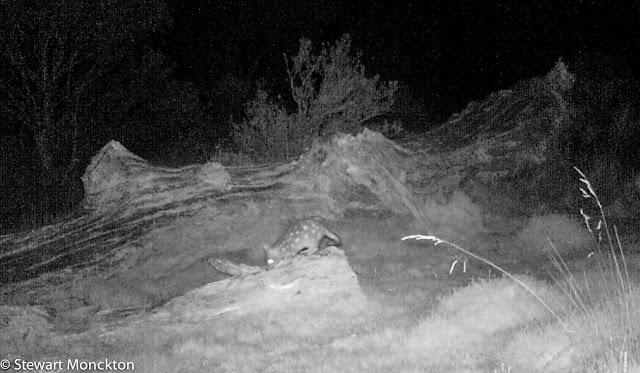 The second of the two videos is the better one!

More pictures from around the world at Our World Tuesday.  SM
Posted by Stewart M at 02:30