I have always have a fondness for gulls.  Storm driven flocks bunkered down on fields, under hedgerows, around my old home in Somerset.  Truly wild birds on Ireland's equally wild west coast. Birds roosting on the ice at Blaydon, working on urban nature reserves, searching for Monopod, the one legged Mediterranean Gull.  Kittiwakes on the Baltic Flour Mill in Gateshead.

As a beginning birder gulls can be a bit of nightmare - too many similar species, too many different plumage types.  Often, just too many birds in one place to be able to look at them all.

That was the past - welcome to the present.  Australia has only three species of resident gulls; the Silver Gull, the Pacific Gull and the Kelp Gull.

Only the Silver Gull - the appropriately named Larus novaehollandiae  - is common and widespread.  For much of Australia this bird is pretty much all you have in the way of gulls.  (Although there are many other compensations I have to say!)

The bird comes in at around 40 cm long with a wingspan of over 90 cm,  the blood red bill and legs of the adult in full breeding plumage make it a good looking bird.  This is the classic chip stealing "sea-gull" of all coastal holidays. 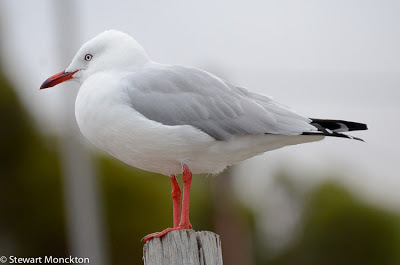 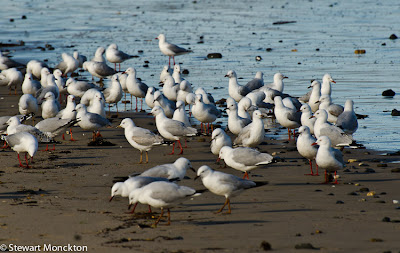 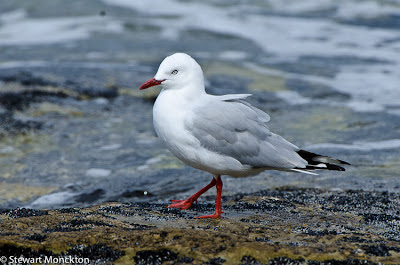 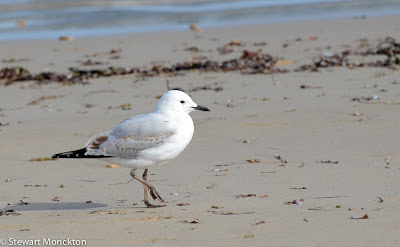 The Pacific Gull (Larus pacificus) is a huge bird.  It has a wing span reaching 1.5m and grows well over 60 cm in length.  Under all circumstances this is an impressive bird.  As you can see from the pictures the bill is disproportionally large, even for a bird of this size.  As far as I know we dont really know why the bill is just so big.  This cracking looking bird is only found along the South Coast of Australia - with some bird also travelling up the west coast.  All in all its an impressive bird. 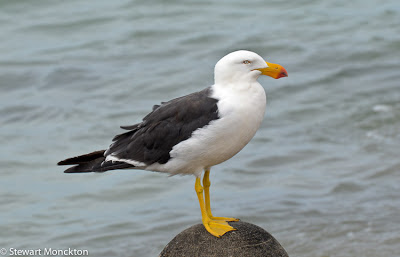 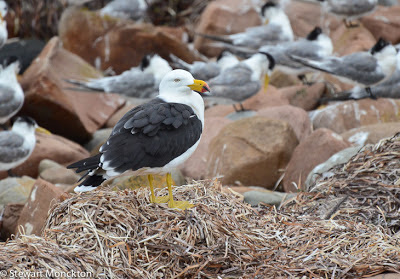 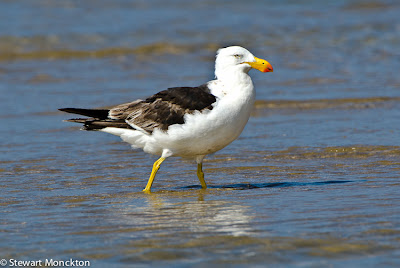 Last and in some ways least is the Kelp Gull (Larus dominicus).  This gull has a very restricted (but growing) distribution in Australia.  It is only found here with any regularity in the SE of Australia, and Tasmania is a strong hold.  This is the only Australia gull that gives the classic "laughing" noise so beloved of sound-track editors and holidays programs.  This gull is only slightly smaller than the Pacific gull, but the size and colour of the bill are the best field features. 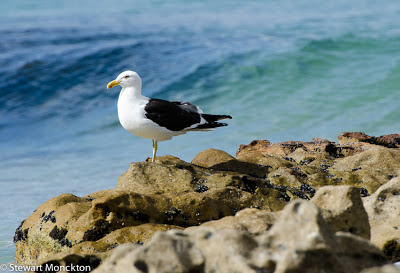 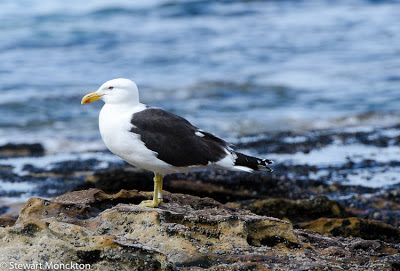 On my recent trip to Tasmania I managed to see all three of these species in a single day - and there are not too many places here where you can do that.

Now its your turn.  Remember to visit and comment on as many of the WBW sites as possible.