More from Castlemaine.  I had intended to try some "street photography" during the day - I thought a festival would give me plenty to look at.

However, I spent most of the time just wandering about, soaking up the atmosphere, sniffing the rather good smells and eating rather too much food!

One think I liked - but did not photograph - was that there was an organisation that provided real plates, bowls and cutlery to the food vans.  There were lots strategically placed washing up bowls all over the main festival area.  When these were full they were taken back to a van that had a solar (and gas) hot water system and washed up.  No land fill and no bins overflowing with plastic plates.  This seems like a great way to reduce the impact of these types of events.

On a reduce, reuse, recycle theme, we had lunch in a cafe that grew some of its herbs in this rather splendid planter bath! 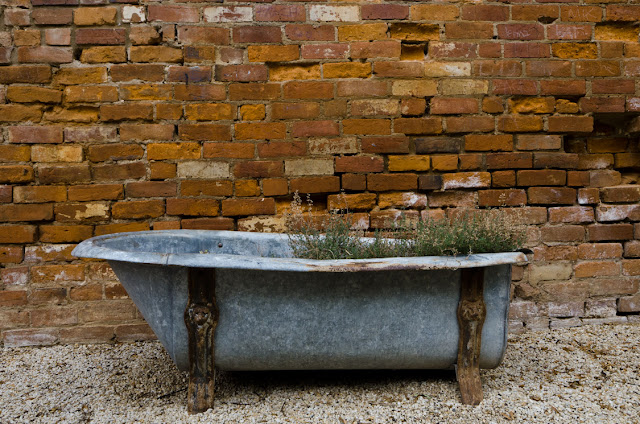 There was also the (near compulsory) live music.  We settled in to watch this musician sing, play the guitar, play the harmonica and stamp his feet.  I never did find out what his name was! 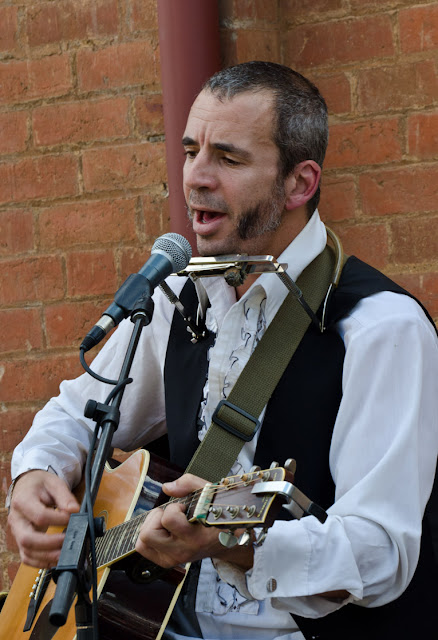 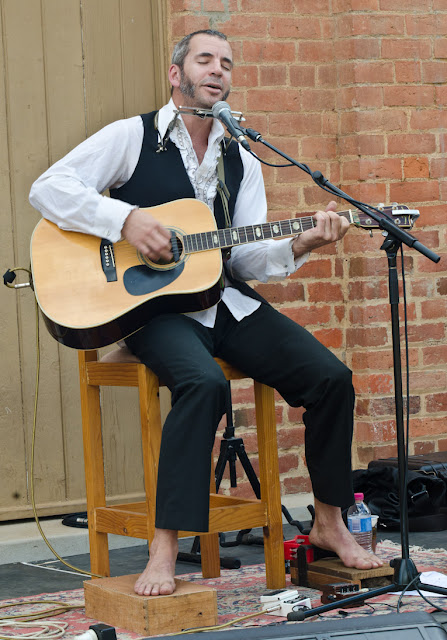 It was a good day, even if there were no more copies of an art work I wanted by the time we arrived!

You can find more images from around the world at