About 50 million years ago a little wasp like creature had a very bad day.  It flew into some sticky sap and got stuck.  Game over for the poor little thing!

50 million years later I get rather excited as I take ownership of a thing I have always wanted - some amber with an insect inclusion.  Of course, it would have been much more exciting to find the amber rather then buy it, but I'll cope.

What makes this whole idea even more remarkable is that this insect could have landed on my window this morning and I would not have been able to notice one single difference between it and a 50 million year old wasp.  Thats a pretty good product longevity if you ask me! 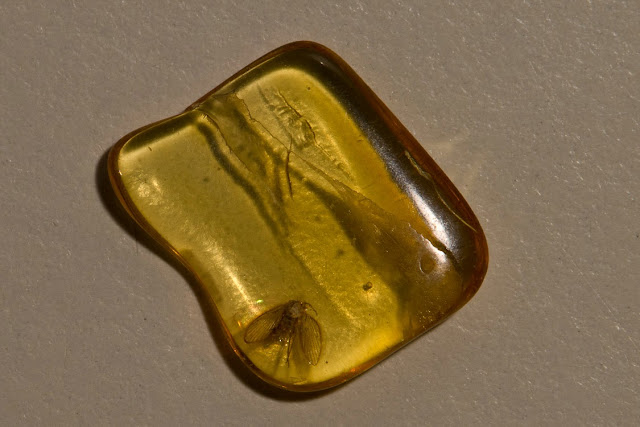 This is a rather heavily cropped version of the insect. 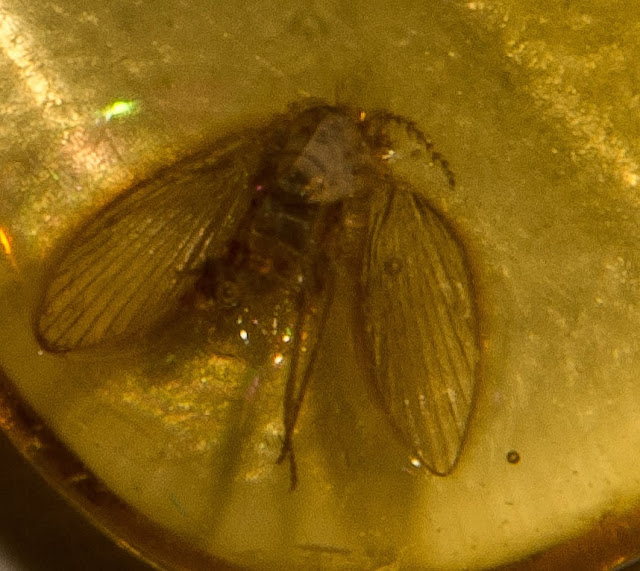 You can find more close up images at I Heart Macro and Macro Monday 2.  SM