While we were away in the last school holidays we spent a bit of time driving on The Great Ocean Road.  You can't really drive anywhere around Lorne without doing this!
I have seen lots of pictures of this part of the world that focus on the long sweeps of the road between the steep hills of the land and the white waves of the sea.

I thought I'd try to see something different.

What I noticed was the wave shapes in the water, the sand and the road.  It was as if all of the features were part of the same ocean wave system. 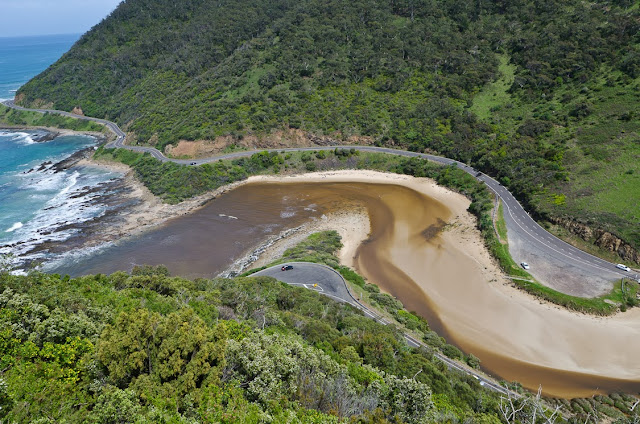 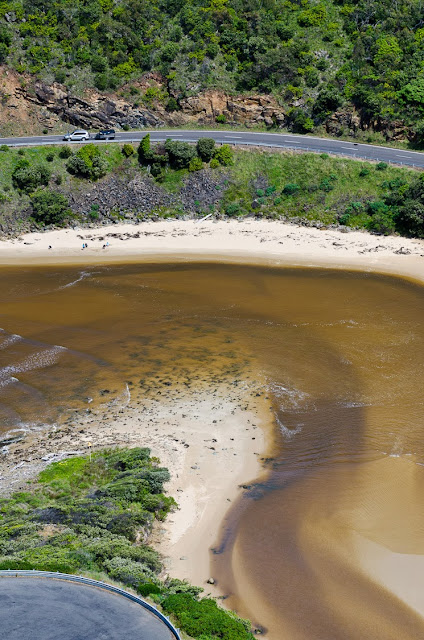 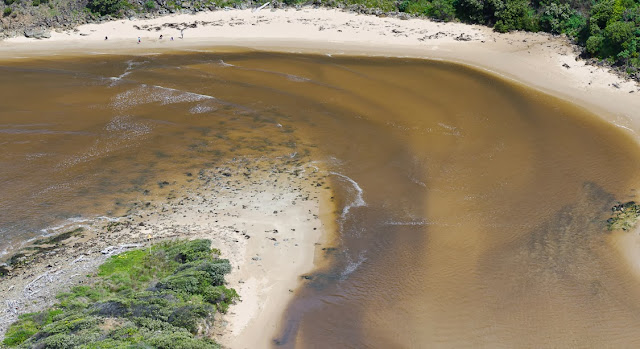 From our viewpoint on the hill we could also see the way that the waves in the ocean churn the seabed as they break.  From here its clear why lots of fish live in this zone of tubulance - any tasty morsels of food would have little change of being able to hide in sand that was constantly being turned over by the waves.  The plumes of sand looked rather like clouds. 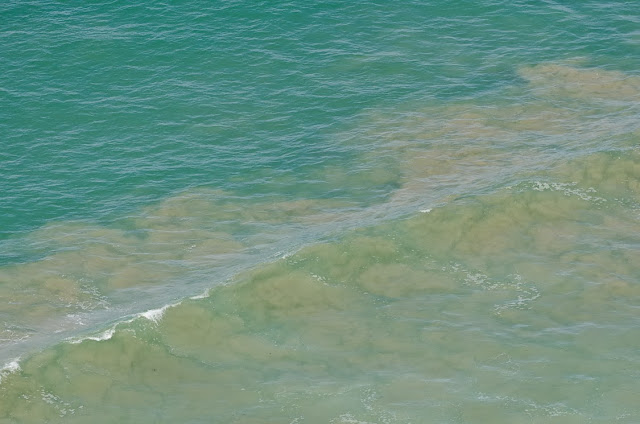 You can find more images from around the world at Our World Tuesday.  SM