OK, lets get this over and done with - the Magpie-lark is neither a magpie nor a lark! Which should come as no surprise to anybody!

I suppose that the Magpie bit makes sense - its black and white after all - but the "lark" bit is a mystery.

The naming of this bird does not get any clearer when you delve into its scientific name: Grallina cyanoleuca - which means blue and white stilt walker.  The stilt walker is due to the birds long(ish) legs and the blue is due to the sheen on the birds black feathers, which can sometimes look blue.  I remain unconvinced by this!

A week or so ago I found this party of young Magpie-larks begging for food from their over-worked parents.  (At this time of year I know how they feel!!)

These birds build a completely exposed mud nest on a branch and I not sure that these birds had long left the nest. 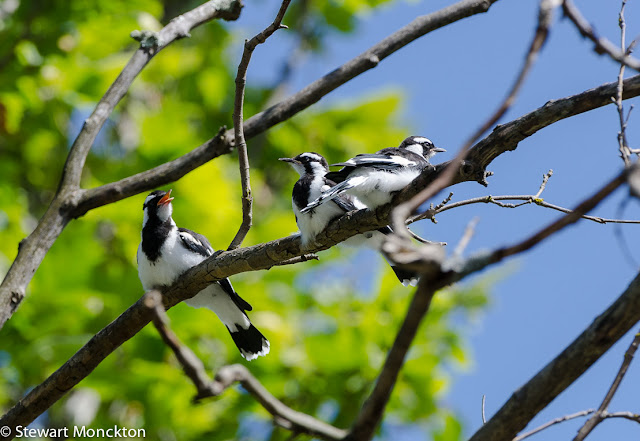 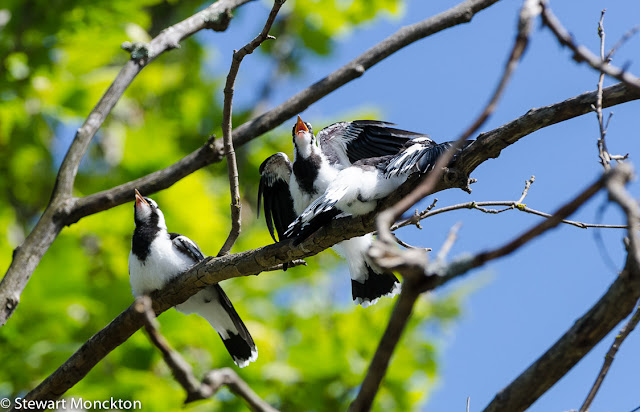 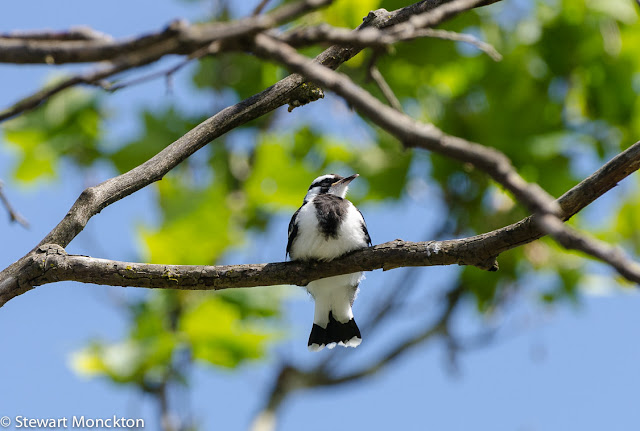 This last shot is much older.  It was taken on a beach at Lorne - which is not really where I would expect to see one of these birds.  It appears to be very interested in an apple core! 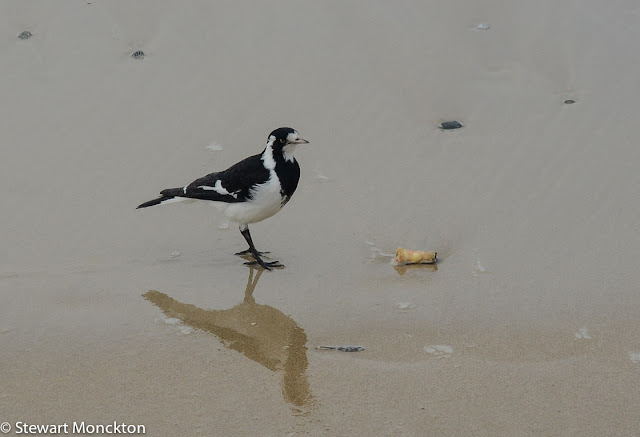 I also like the mottled reflection in the water on the sand.

Now its over to you.  Click on the link and off you go.  If you would like to give me an early  Christmas present for running WBW, then consider turning off word verification if you still have it on!