I dont suppose that there are many birds that have given rise to a term of abuse - but it would seem that the Spangled Drongo is one of them.

I certainly knew the tern Drongo as an insult as a kid - and apparently it originates from the name of a horse (which was named after the bird!) which never really manage to be that good! As my book on the origin of Australia bird names says a drongo would be used for a person who was an honest trier who never really made it.  I must admit, I always found it to be an insult tinged with a bit of affection!

Enough of this - on to the bird.  The Spangled Drongo (Dicrurus bracteatus) is about 30 cm long, with a stunning red eye.  It can be frantically active (which the horse named after it was not!) and has a fan shaped tail - its described in my field guide as a "fish tail".  These shots we're taken on Magnetic island a while ago - and it was one of the few times I saw these birds perched. 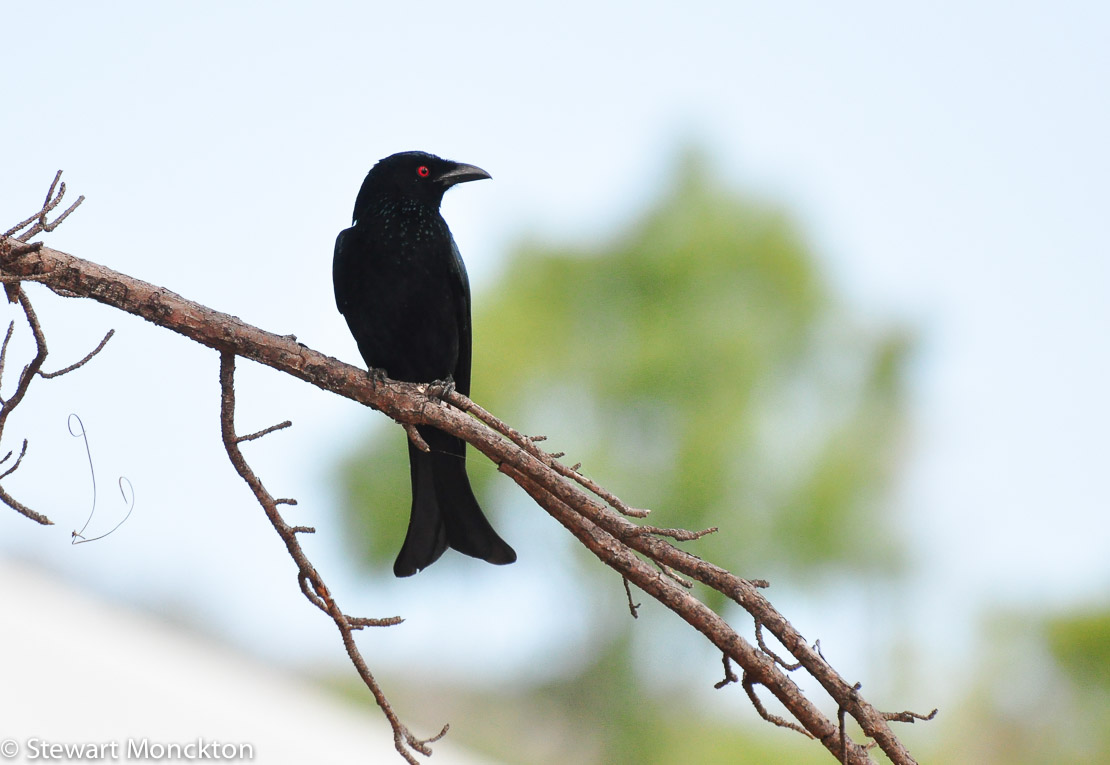 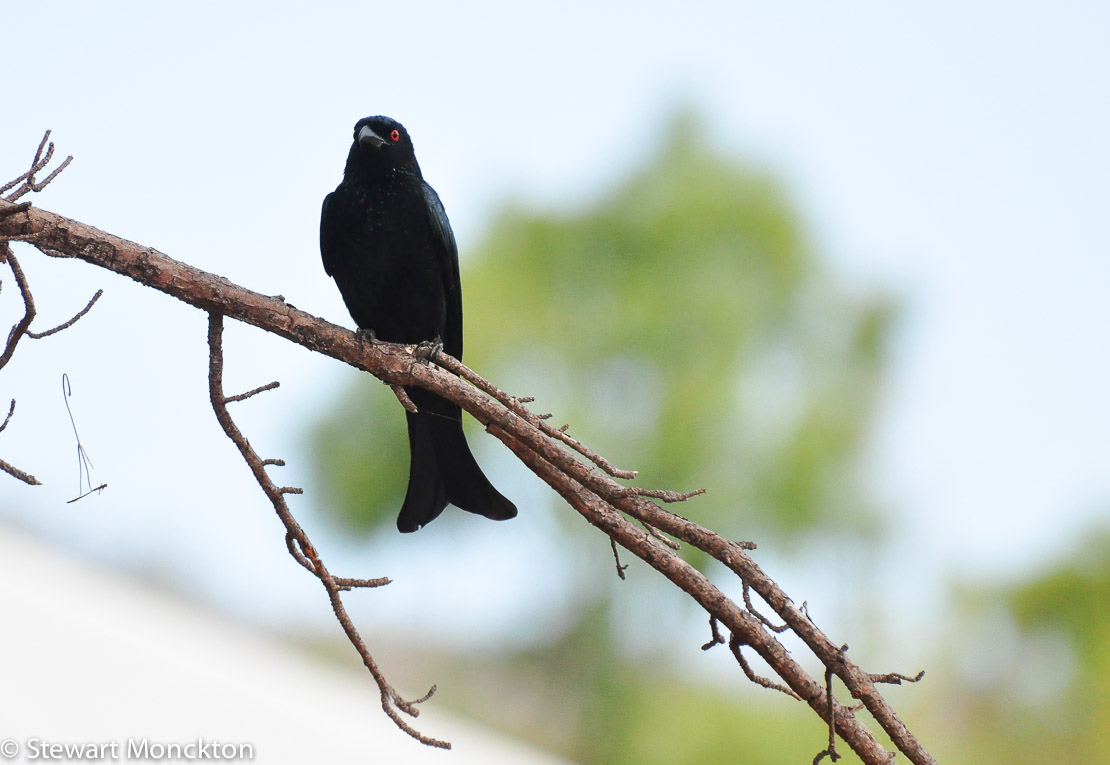 If you enlarge the images you can just start to see the "spangling" in the neck feathers.  Taking pictures of basically black birds against the sky is never the easiest of tasks.  The strange looking objects "floating" on the LHS of the pictures are seeds (I think) caught in spider webs.

Next week WBW will be 100!  So, I will be reposting a selection of my favourite images.

I assume that you all know the drill from here on - but if not, click on the button below and off you go into the wild world of WBW!
An InLinkz Link-up
Posted by Stewart M at 02:00