This is the last of my series of bird post from the cliffs of the Farne Islands.

In the UK this bird is known as (just) the Kittiwake - elsewhere  the Black-Legged part is added to the front of the name.  This is a nice example of why the scientific name is useful, because whatever its local name, its formal name is always Rissa tridactyla.

This is a rather gentle looking birds - and although its in the same general group as most gulls, it is not in the classic gull genus - Larus.

It name seems to be an onomatopoeic rendering of its call on the nesting site - described in BWP as "kitti-wa-a-k"!  However, for most of the time this bird is rather less noisy than most other gulls.

As you can see it nests on sheer cliffs and rock faces.  I can only assume that the chicks are born with a head for heights! 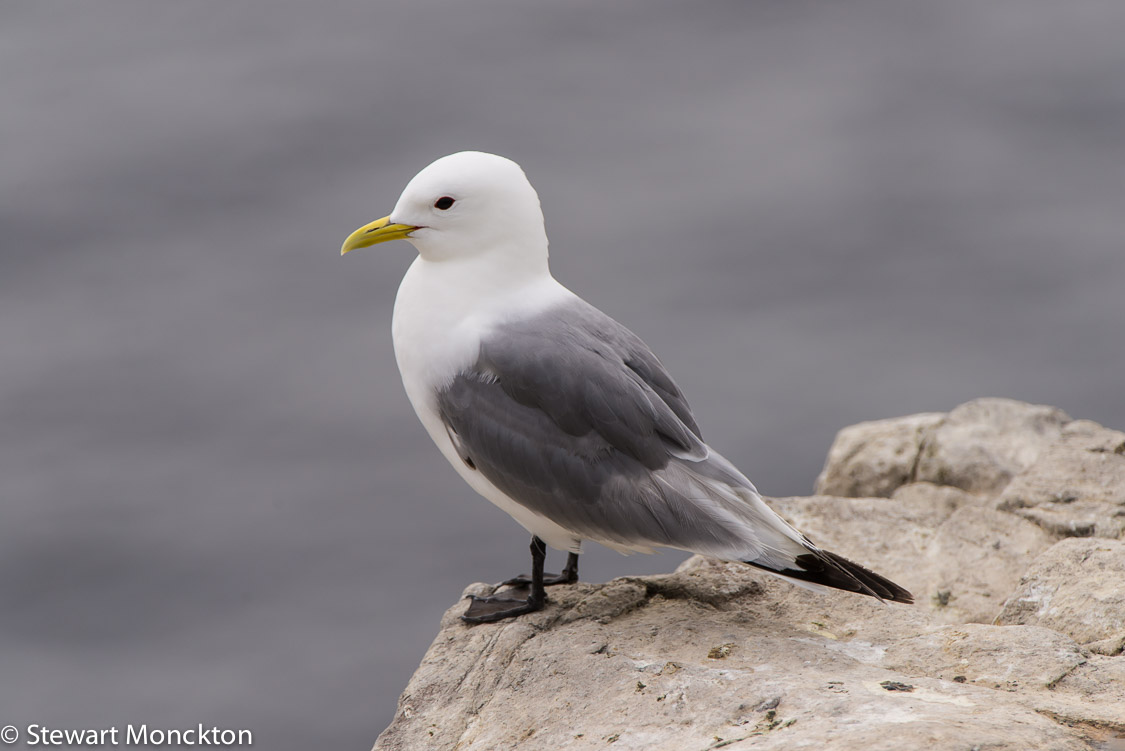 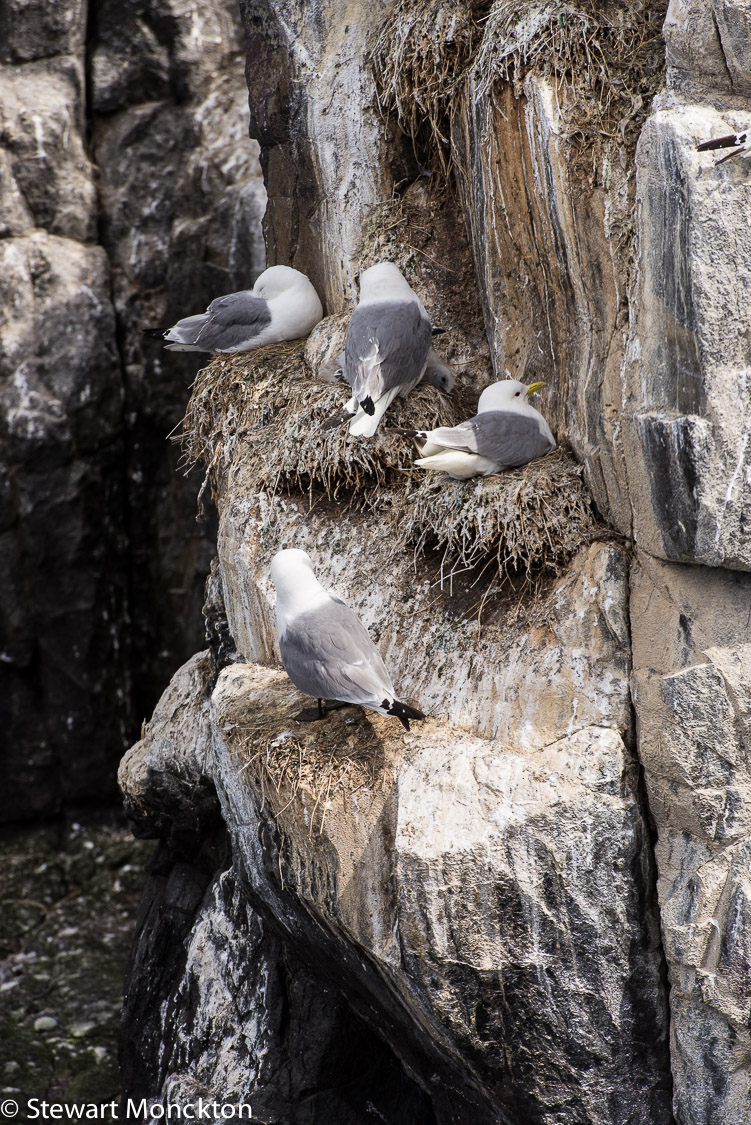 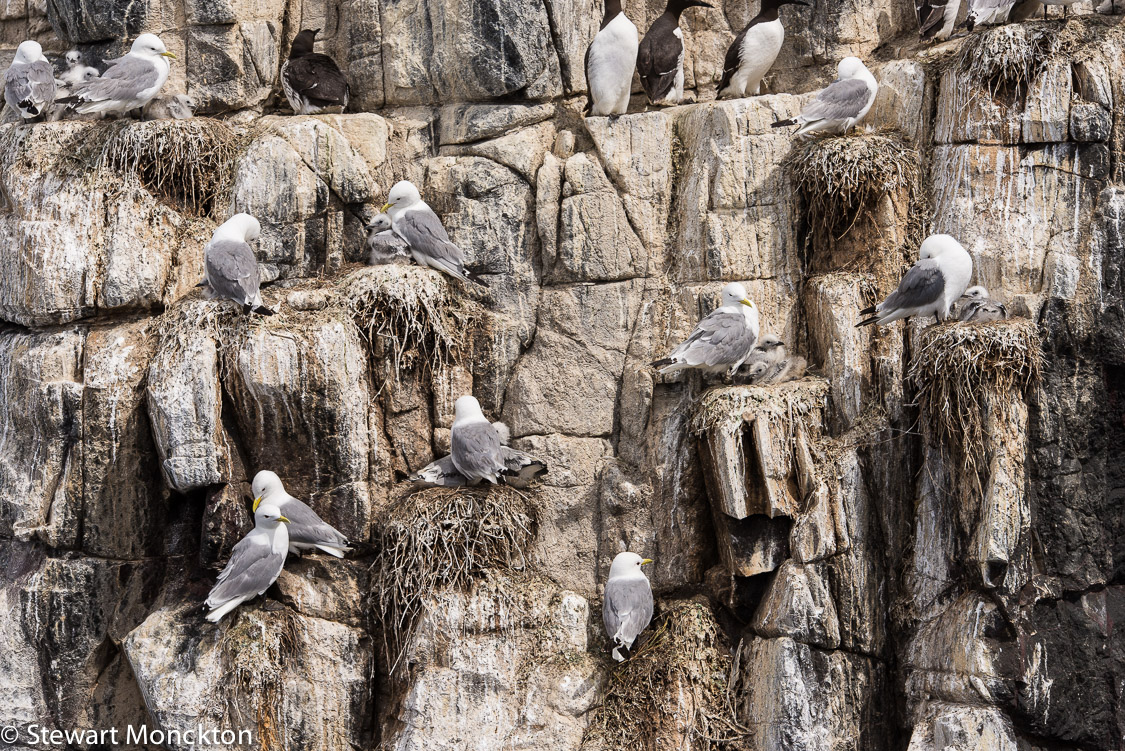 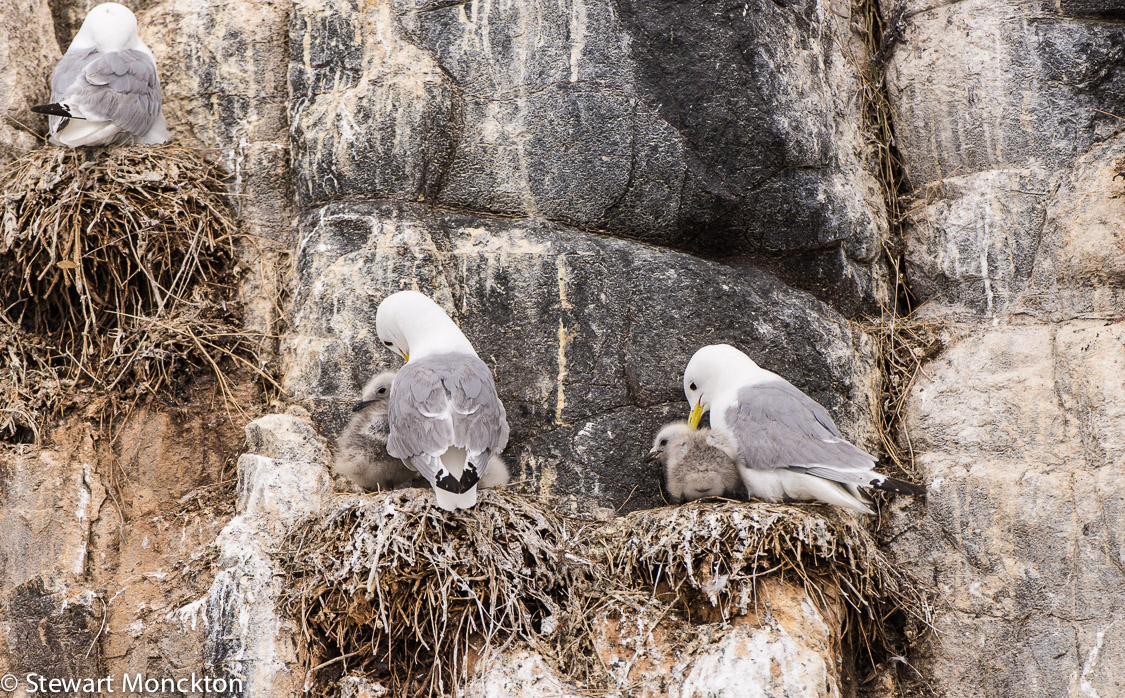 Now it's over to you - click away and link up!