Sitting 23km to the South East of Lord Howe Island is Ball's Pyramid.  This is tower of rock is the worlds tallest volcanic stack in the world.  The stack is about 560m tall, but only 300m wide at the widest part - Ball's Blade may have been a better name!

We had the good fortune to visit the Pyramid on a very calm day - 'we get about half a dozen days like this a year' our boatman claimed.  This calmness was not a disappointment to me, as I have had a number of near death experiences with sea-sickness and small boats in the past!

It has been pointed out to me Ball's Pyramid does rather look like a witches hat bursting out of the sea, and the truth of the matter is that it does look rather 'other worldly'.  If I had seen it in a number of recent films I think I would have assumed it was a CGI image!

All in all it's a remarkable place and it was well worth the extra time it took to get there and get back.

Apart from being a remarkable chunk of rock, the Pyramid is home to the last know wild population of a giant stick insect that once once found on Lord Howe and for a long time was considered extinct.   Clearly, any form of survey of the island would be as much of a mountaineering experience as it would be a biological one - I'd love the chance the visit, but my climbing days seem very much in the past. 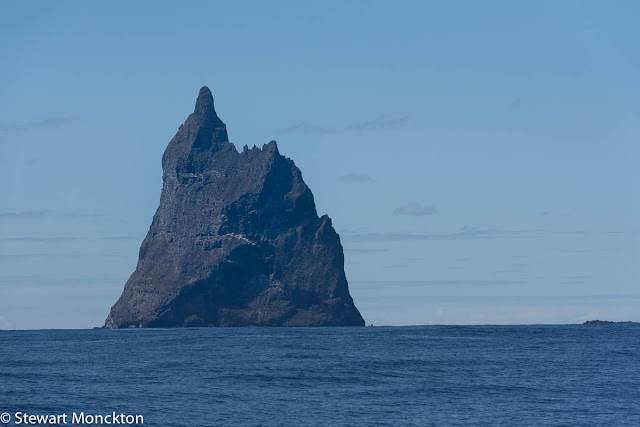 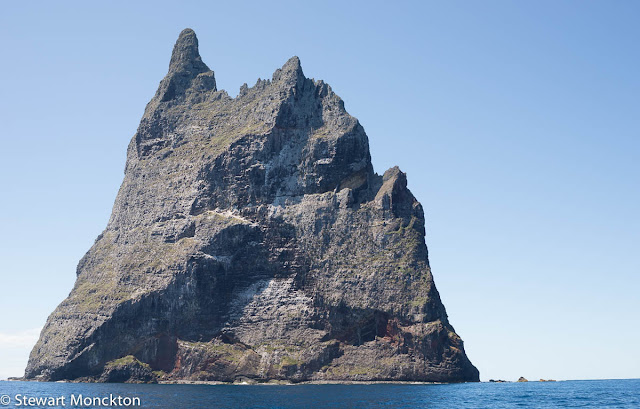 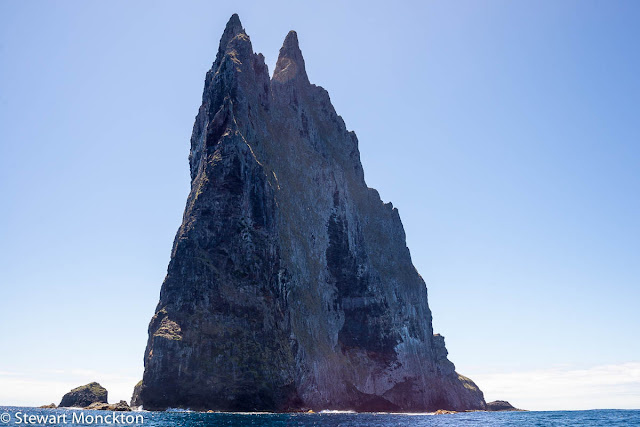 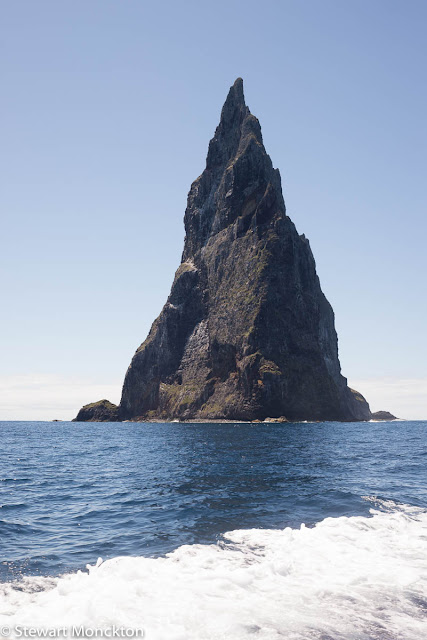 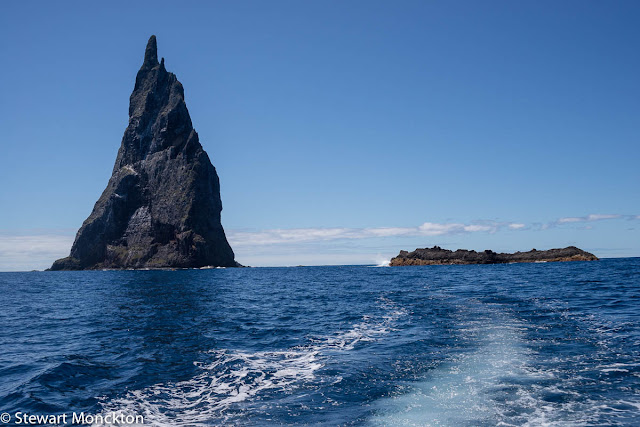 You can find more shots from around the World at Our World Tuesday.  SM