I've been trying to get some half decent images of this duck for a while now - and thanks to a long weekend caused by a horse race (I kid you not!) I finally managed.

This duck is a Freckled Duck, which is Australia's rarest wildfowl, with a population of about 20,000 or less.  As with a number of species in this land of flood, fires and droughts it only breeds when conditions are right, and conditions are not right in most years.  In years when it does not breed, the population is rather thinly spread around SE Australia.

There are a couple of reliable sites on the Bellarine Peninsula, to the west of Melbourne, but the ducks tend to hang about at binocular or a 'scope range rather than 'photographable' distances.  So, when I found a few of these species on a much smaller pond I was rather pleased - although it still took me a while to get any images.

The Freckled Duck is so called because of the patterns on its feathers, but this only really becomes clear if you have a close look at them.  I assume it may have gained its name due to the tendency of early bird 'watchers' the shot first and name later.  The formal name Stictonetta naevosa refers to its freckled appearance, and there is no other species in this genus.

In the field this duck can often be identified (at least initially) by its rather pointed head - the back of the head is peaked and it makes the bird look like it has a triangular head.

As far as I can tell these birds are all female.  The base (head end!) of the males beak is red. So, here for your enjoyment are some pictures of Australia's rarest wildfowl! 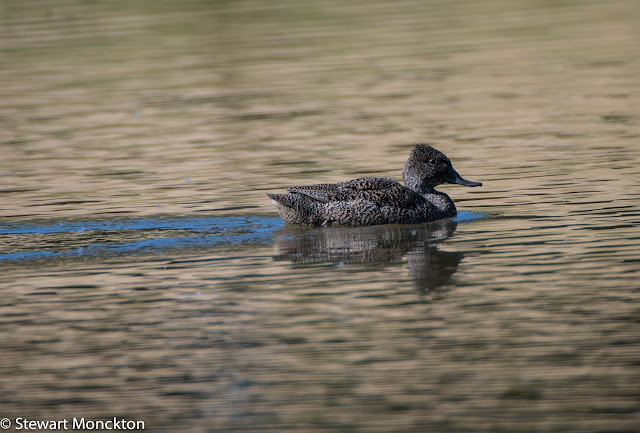 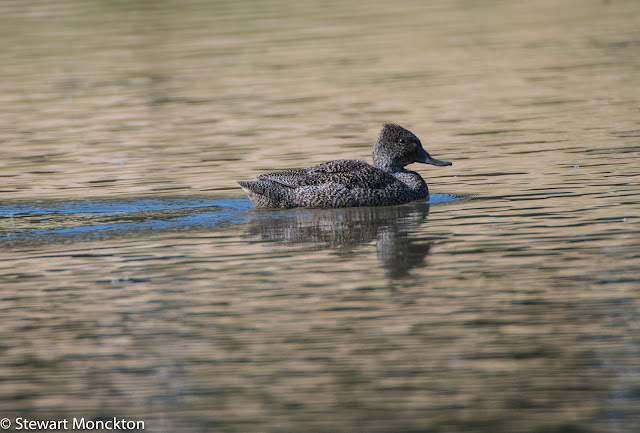 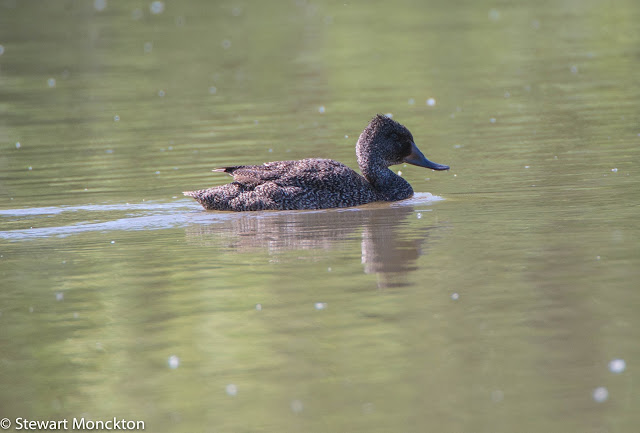 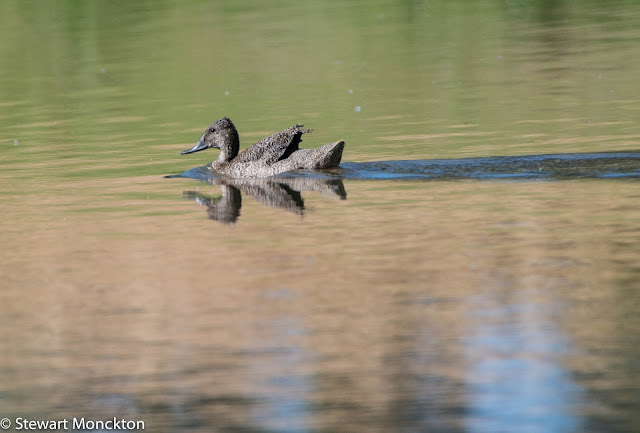 Now it's over to you.  Click on the blue button to link in with WBW, and don't forget to visit as many sites as possible and to invite any new bloggers that you find.  Cheers - SM