If you are looking at one of these birds, you will know exactly where you are in the world.

The Woodhen (Gallirallus sylvestris) is endemic to Lord Howe Island, which means it occurs nowhere else on Earth.  In fact, for a time it looked like it might end up not existing anywhere at all, and go the same way as the Dodo and the Passenger Pigeon. In 1980 only 15 individuals of this species could be found, living on the high plateau and steep slopes of Mount Gower.  This species had been driven to the edge of extinction by a familiar combination of conditions; direct predation for food by humans, introduced cats and pigs.  While the humans had ceased ceased eating he Woodhen for food, the same could not be said for the cats and and pigs which continued to eat the eggs, young and adults of this species.

It was only the steepness and remoteness of the top of Mt. Gower that allowed them to hang on there.  Thankfully, help was on its way.  A highly successful breeding scheme and a program to remove the cats and pigs has allowed the population of Woodhens to grow - and it is now stable at around 300 individuals.  This is probably nowhere near as abundant as it once was, but at least the immediate danger of extinction seems to have passed.

Flightless rails like this were once found on most Pacific Islands, and it is thought that most became extinct before they were found by western science.

As an evolutionary strategy, flightlessness makes sense on islands with few or no predators, but once that situation changes it becomes a recipe for extinction.  The Woodhen is flightless, about the size of a small chicken, tastes good (this is not based on primary research!) and will come to investigate any strange noises that occur in their territory - including clapping and bagging sticks on trees.

So, with a stick in hand to make a noise, early settlers of Lord Howe Island were able to lure this bird from the bushes and hit it on the head with remarkable ease.  They must have thought it was too good to be true - which of course it was, and soon the bird became rare.  Thankfully, they are now relatively easy to see - all you have to do is get to Lord Howe Island in the first place!

The first set of pictures with two Woodhens were taken on the summit plateau of Mt. Gower, in what would have been better weather for swimming than photography.  These birds were very tame and were wandering about at our feet as we eat lunch.  These are older birds.  You can tell this because of the pale patch behind the eyes.  They are also 'known' birds as they have bands. 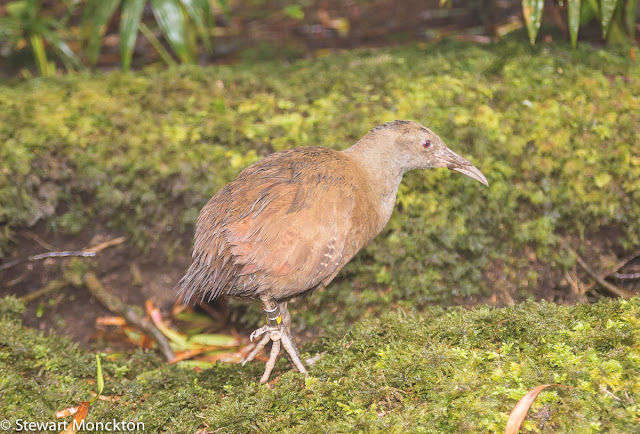 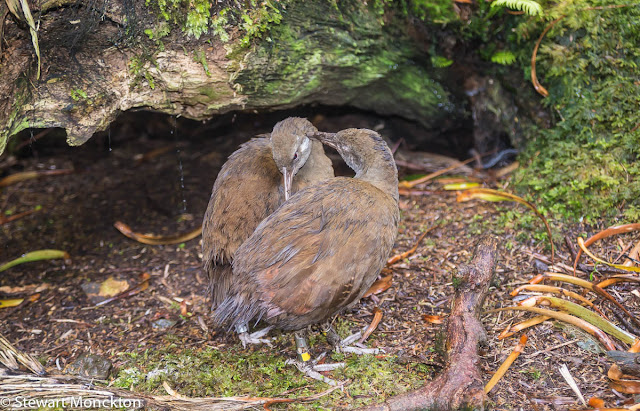 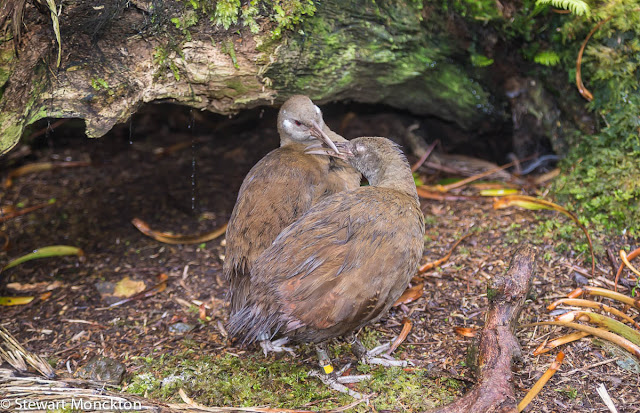 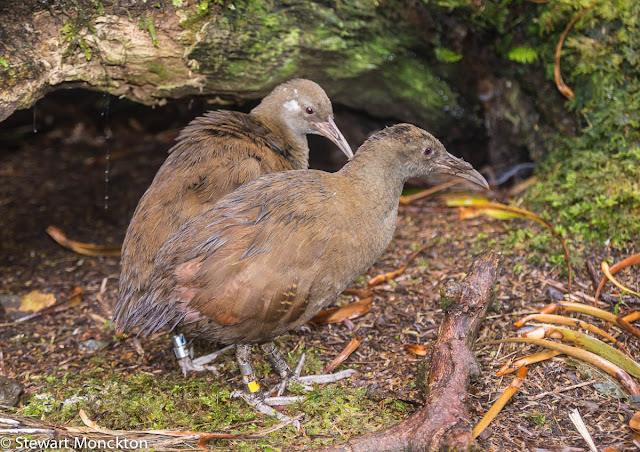 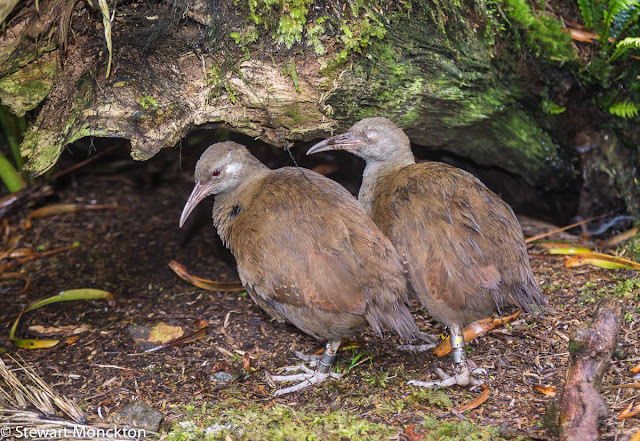 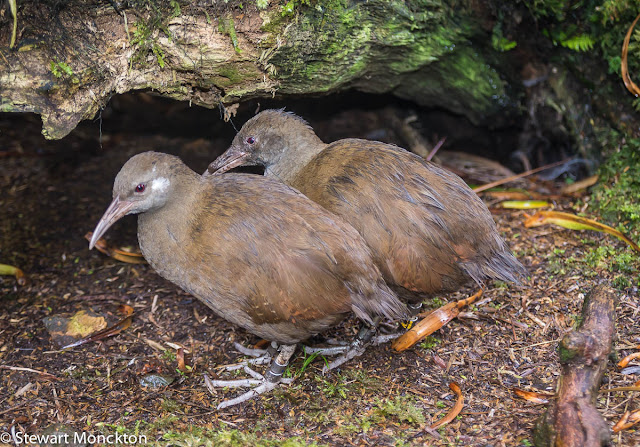 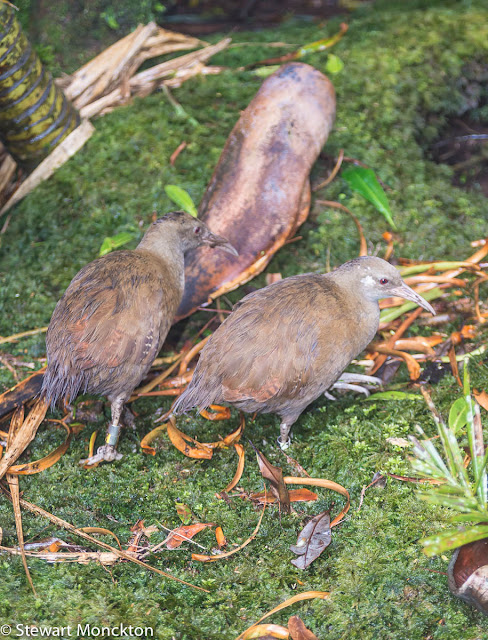 These are two different birds, and they are both young un-banded birds.  This is of course very good news, as it means that the Woodhens are still doing what comes naturally! 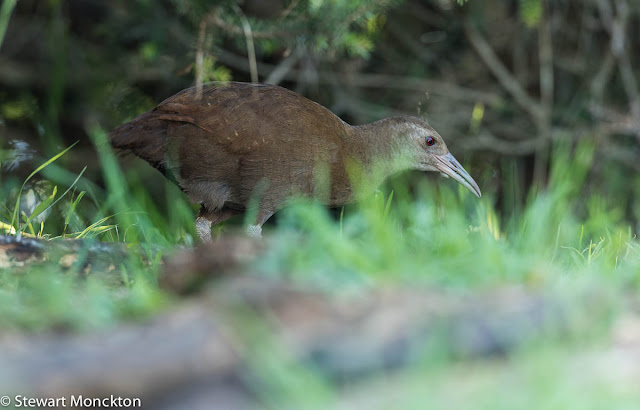 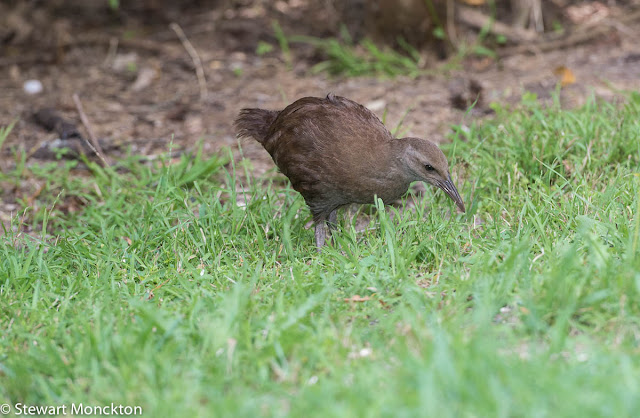 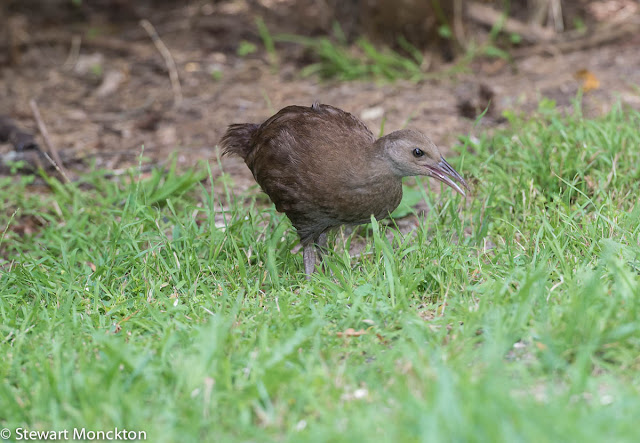 The first of this last series contains my 'trade mark' plant obstruction, and I think this is perfect for a bird that tends to hide in the bushes - well, until you clap your hands anyway!

Remarkable to think that this combination of 4 birds accounts for more than 1% of the entire world population of this bird!

Now it's over to you - click the blue button and off you go - and this week I should be able to visit your blogs in a more timely manner. SM