This species is basically my default heron - its the one I see most often, and the first one that I rule out if I think I may be on to a different species.

These birds are about 65 - 70cm tall, making them about 2/3 of the size of the Grey Herons I grew up with.  The formal name of the White-faced Heron is Egretta novaehollandiae which means Little New Holland Heron.  New Holland was the old name for Australia.  This species is found over much of Australia and as a result it can be seen in a wide range of habitats.  These pictures show it in a freshwater pond on Lord Howe Island, and in shallow sea water nr. Melbourne. 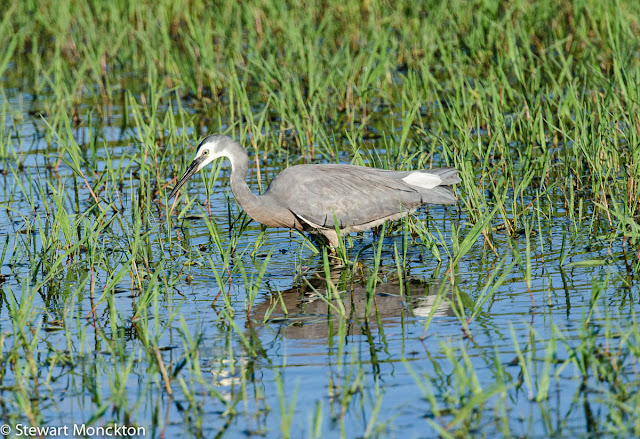 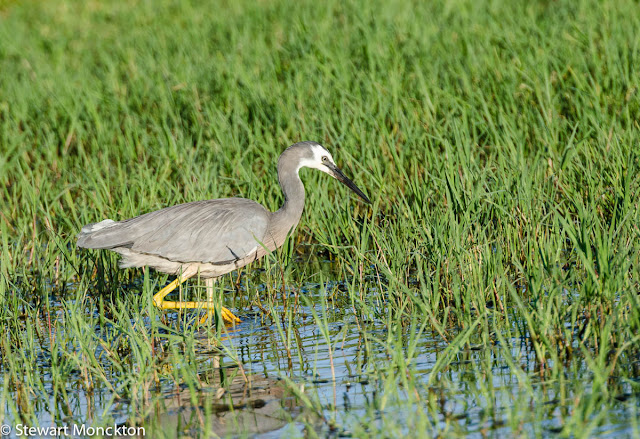 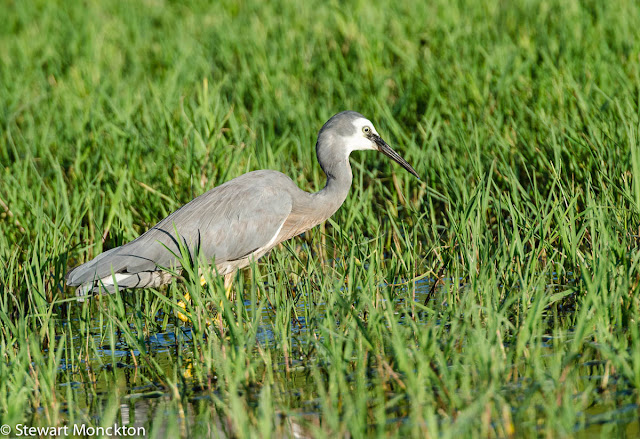 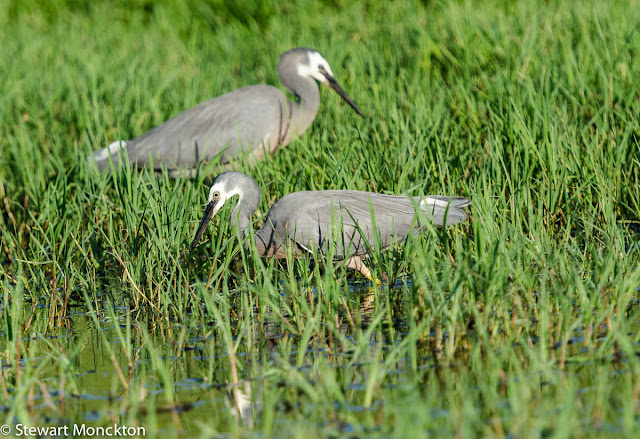 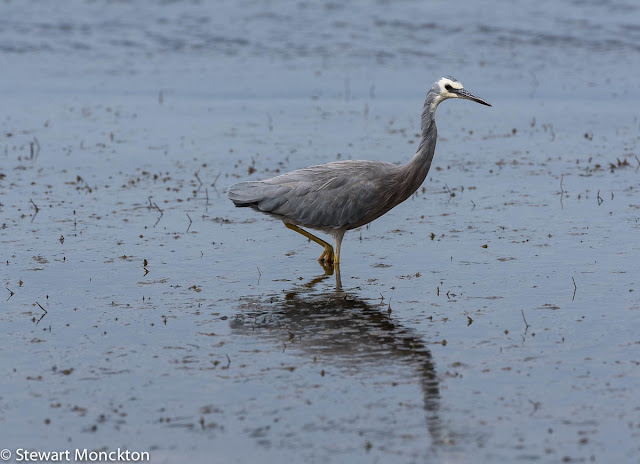 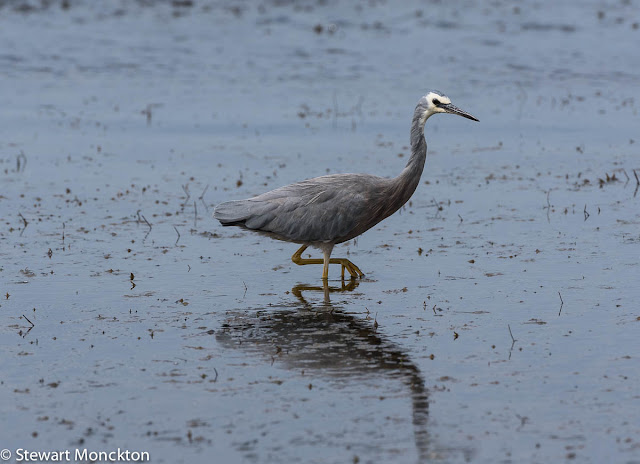 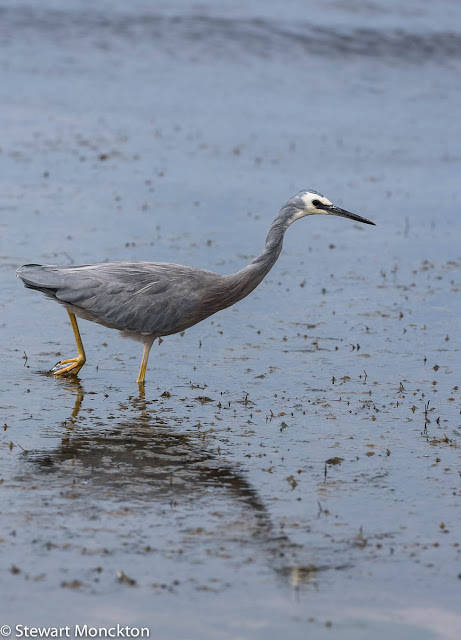 I have been unable to keep up with blog replies this last week - too much other stuff going on - but the next week looks rather more calm!

Click on the familiar blue button to join in with WBW!
An InLinkz Link-up
Posted by Stewart M at 03:00