One of the pieces of work art I really wanted to see during my trip around the NT, was one that I had seen before, more years ago than I wish to recall.

The rock art shows a Thylacine.  The Thylacine was a marsupial predator, that was also known as the Tasmania Tiger (or even Tasmanian Wolf).  During the recent history of Australia this animal has only been known from Tasmania and the last known individual died in 1933.  Many people claim to have seen individual animals since this date, although there has been no firm proof for these sightings.

Whatever its current status, it was once the apex predator in Australia and it was probably driven to extinction on the mainland because of the introduction of dingoes.  In Tasmania it was, in essence , hunted to extinction to protect sheep.

This pack art site is at least 20m above the ground.  You can see the characteristic stripes, although the back of the animal is obscured. 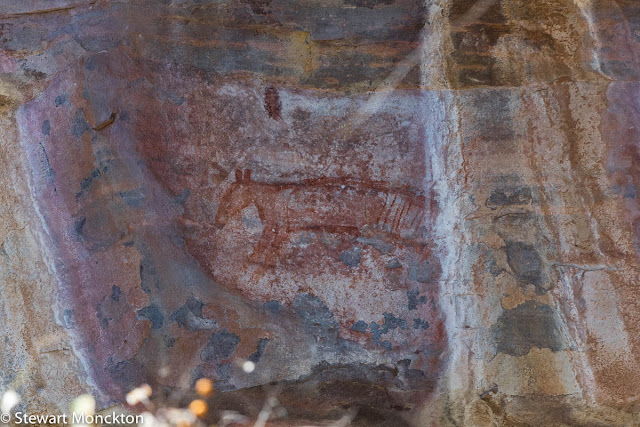 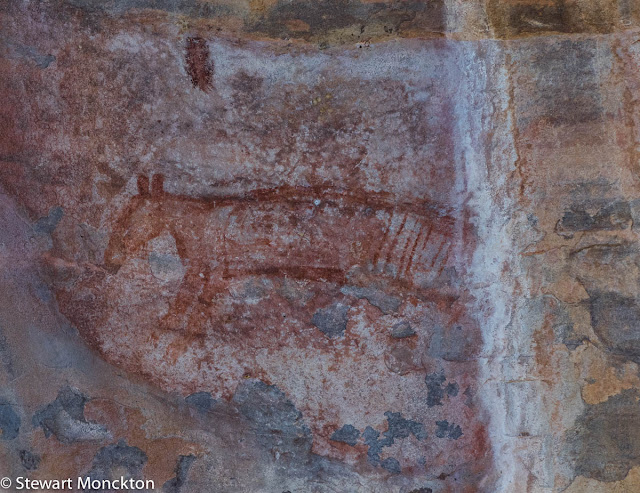 You can find more shots from around the world at Our World Tuesday.
Posted by Stewart M at 01:30