Crested Terns (Thalasseus bergii) is one of Australias most widespread terns - being found around the  entire coast of the country.  It is also rather most tolerant of people with lenses than most other terns.

These birds were loafing about on an old - and infrequently used - jetty at Apollo Bay in Victoria.  There was not really much going on with the birds - they were just sitting around, preening no and then and occasionally briefly flapping the wings.  They normally did the wing flapping when the lens was not on them! Although I did manage to get one bird mid-flap.

Not much else to say - these are splendid birds, and I enjoyed sitting down with them for an hour or so! 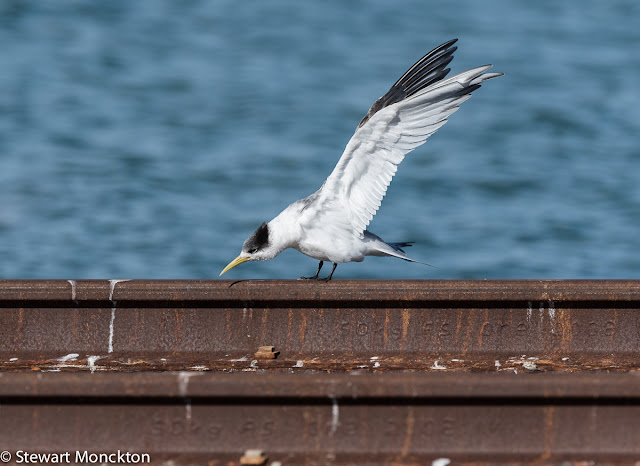 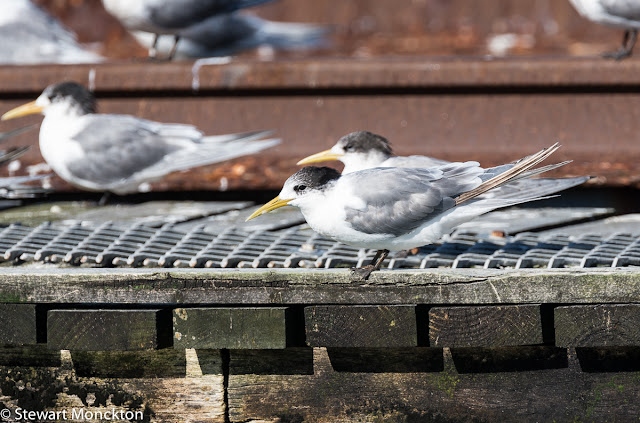 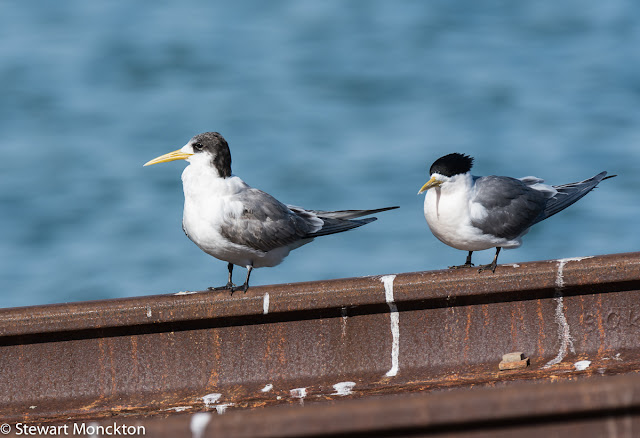 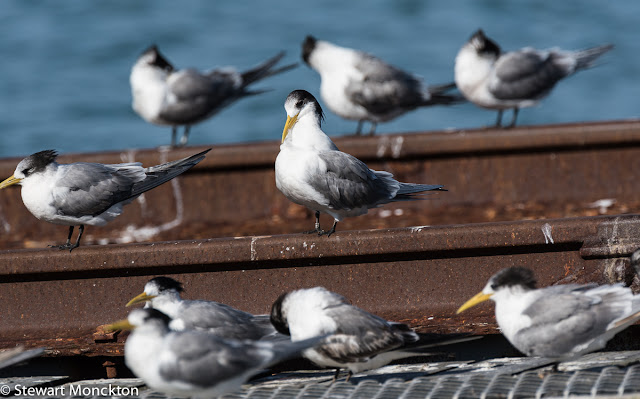 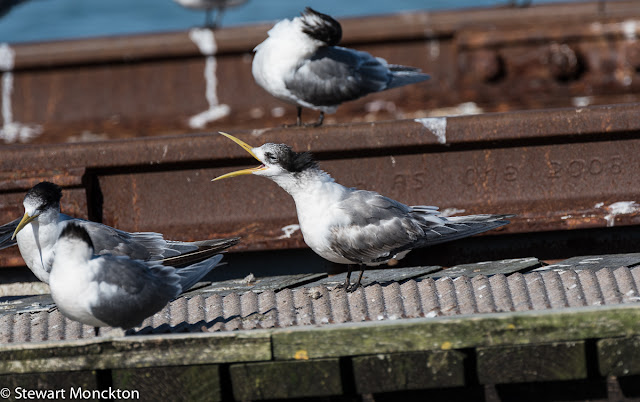 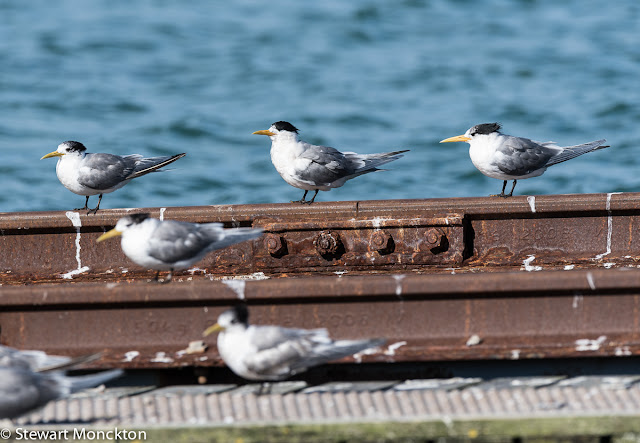 To join in with WBW just click the blue button below the thumbnails.  This is the 280th time I have posted for WBW (!) and I can't help but notice that the numbers of participants are slowly falling.  So, if you know of any bloggers who have stopped sharing, give them a nudge.  And if you have found any new bloggers that may be interested, give them a nudge too!  I'll keep running WBW as long as people keep joining in.  SM
An InLinkz Link-up
Posted by Stewart M at 03:30