Of all the birds that I see on a daily basis, parrots are without question my favourite.

One of the (many) pleasures of going away for a while is the chance to see some species of parrot that are not part of my daily scene.

Although I would not have to move very far from where I live to see them regularly Australian King Parrots are still a bit of a novelty to me - so I was more than pleased to find them in the garden of the house we stayed in during the last school holidays.  (You can read about that trip here)

As you can see, Australian King Parrots are rather bright - in fact in some lights the red head feathers of the male are so bright that photographs of them take on a rather unreal feel!  The females and juveniles are hardly dull, but they are a little more toned down than the males.

Australian King-Parrots (once know as King's Parrot) are a robust bird of about 40 - 44 cm in length.  Their scientific name - Alisterus scapularis - means Alister's shouldered bird.  Alister being the four year old son of an ornithologist, and the shoulder relating to the pale wing stripe. 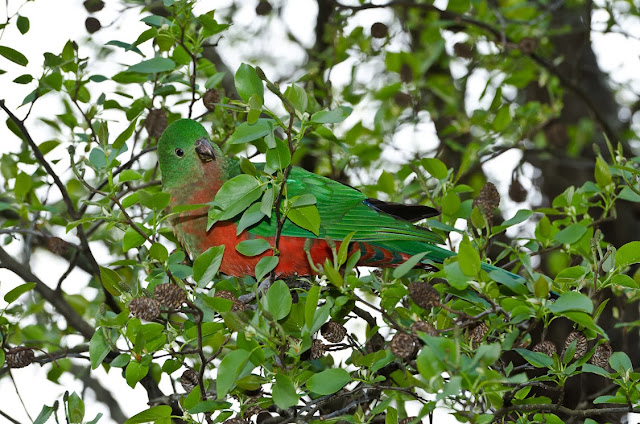 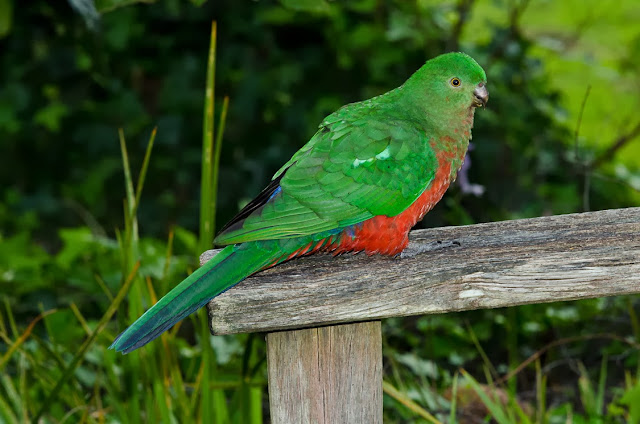 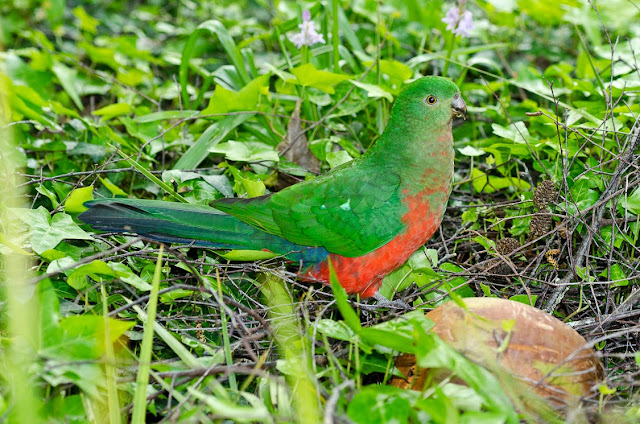 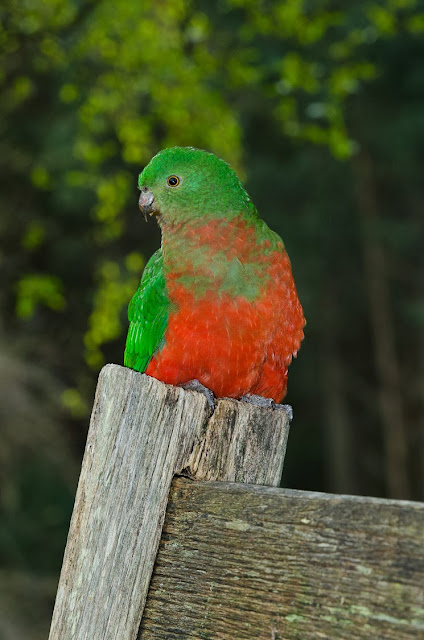 Now it's your turn to join in with WBW.  Good number of bloggers have been linking up over the past month, but we can always find space for more!  So, invite away and don't forget to link back here!

As a bit of a special plea, could I remind people to link to a specific post on their blog so that the link takes the "clicker" to the specific post.  Also, if you could disable the word verification nightmare thing that would be great - but of course this is only a request!