Not botanical at all.

We spent a rather relaxed morning this weekend wandering about the Royal Botanic Gardens in Melbourne.

While it's a great place to see plants (what a revelation!) it also has some other 'wilder' wildlife.  And the ones we had come to see were the Short-finned Eels that live in one of the ponds.  The gardens were built on wetlands associated with the Yarra - that's Melbourne's river - and the eels never moved out as the exotic plants moved in.

These eels can grow to more than a meter in length - although I don't think this one was a little bit shorter than that.  They may not be everybody's idea looking fish - but they are more than a little different! 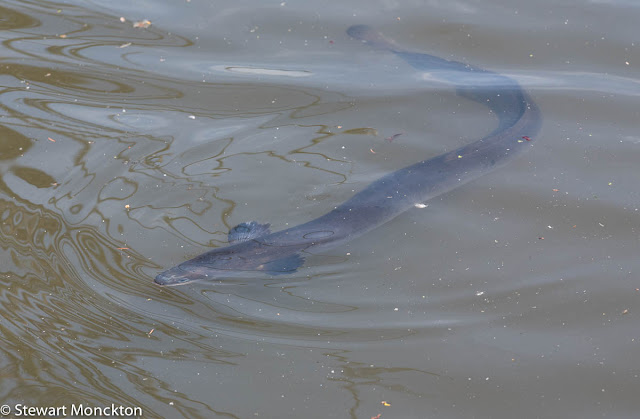 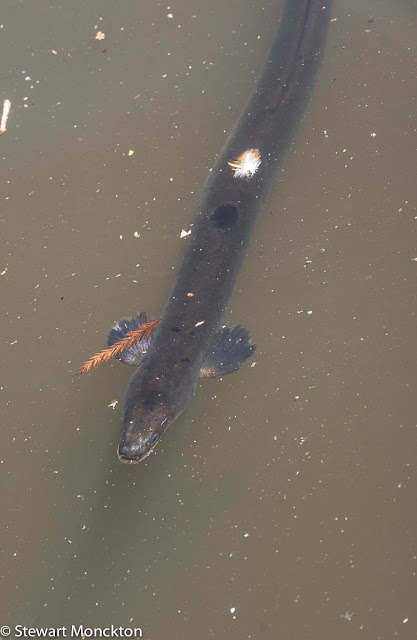 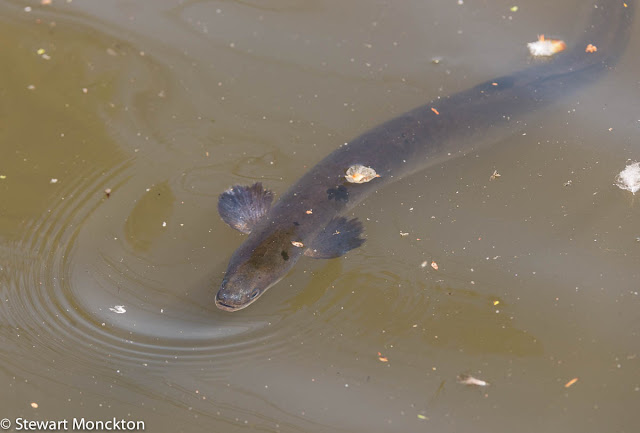 You can find more shots from around the world at Our World Tuesday.  SM
Posted by Stewart M at 21:58