I have mentioned on more than one occasion that I seem to find it hard to get pictures of birds of prey - even common ones.

So, it came as a bit of a shock to me when I realised that I had not posted some pictures of Marsh Harriers that took on my recent trips back to the UK.  I think I may have been over excited by the whole trip!

When I was a kid I would look at bird books - probably the Observers Book of Birds - and wonder what the chances of ever seeing birds like Harriers were like.  And in all truthfulness I considered the chances very low.

So, to this day I still get a huge kick out of seeing these birds, that at one time I considered to be essentially mythical!  In most cases I have seen these birds on RSPB reserves - what wonderful places! 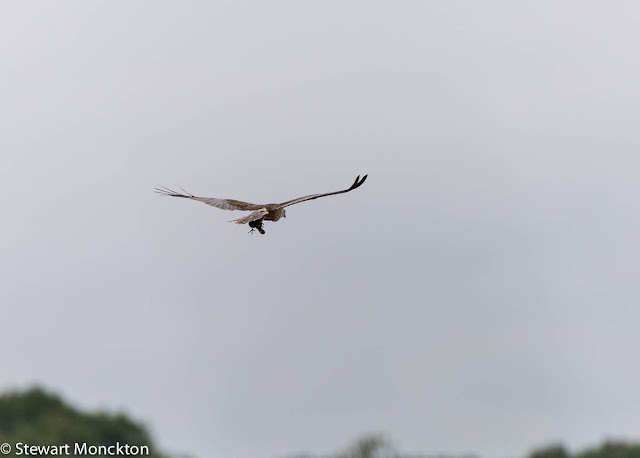 This is a rather distant shot of a Marsh Harrier with a small bird in its claws - as far as I can tell its a Moorhen chick.  This shot was taken at Leighton Moss, in Lancashire, which, for a number of years was my local reserve. 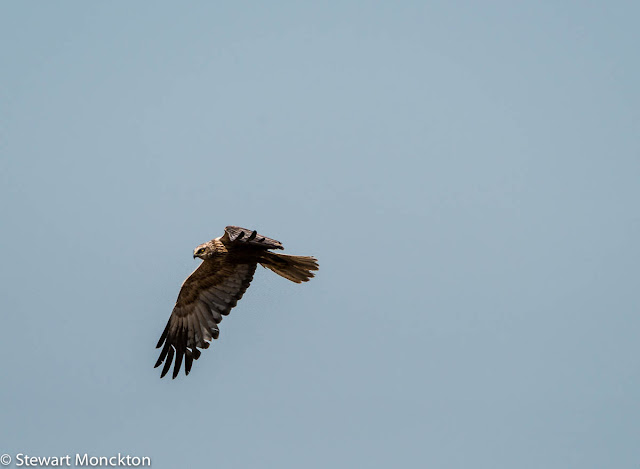 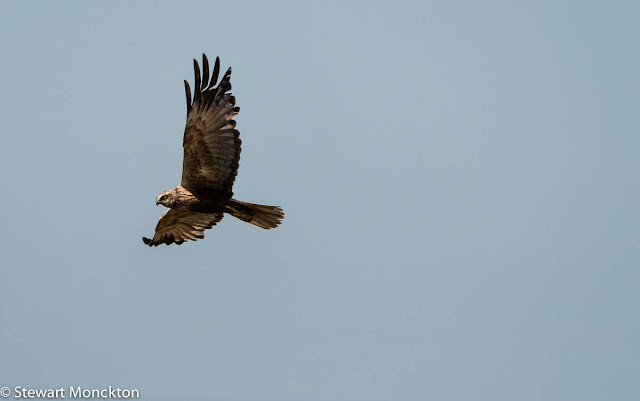 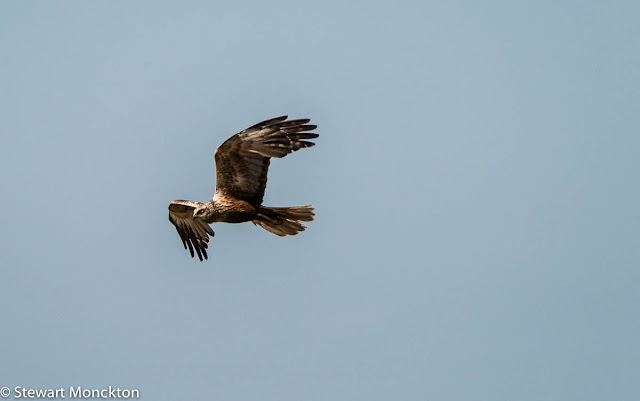 These three shots were taken at a reserve I had never heard of until I went back to the UK earlier this year.  Its called Blacktoft Sands, and it's near Goole.  This bird did not like coming near the hides, and when it finally did I was not really ready, so the picture are not as sharp as they could be - but I still like them.

I think seeing any large predator in the wild is a real treat - and these birds were no exception.

Now it's over to you - click on the blue button and off you go into the wonderful land that is Wild Bird Wednesday  - could I just remind you bloggers to add a link to a specific post, rather than just your general blog address as this makes my (rather busy) life a little easier!  SM