Another thing that many people find surprising is that the Laughing Kookaburra is in fact an introduced species in some parts of Australia.  It did not naturally occur in either Tasmanian or Western Australia, and is only found there because of human intervention. 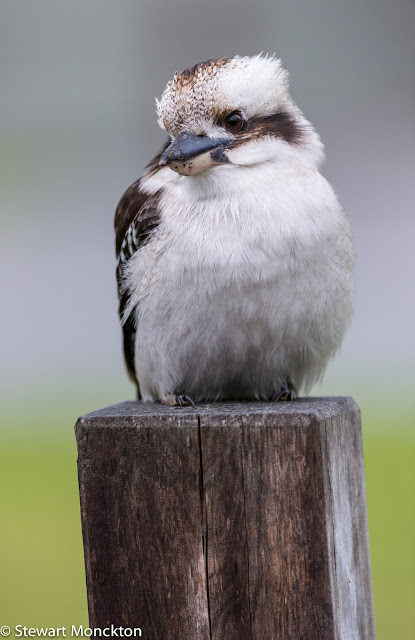 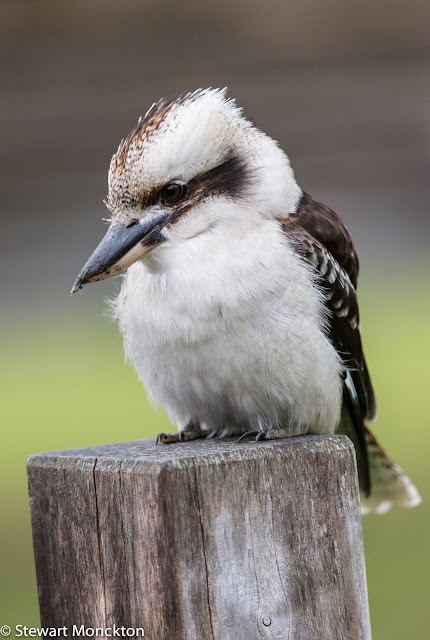 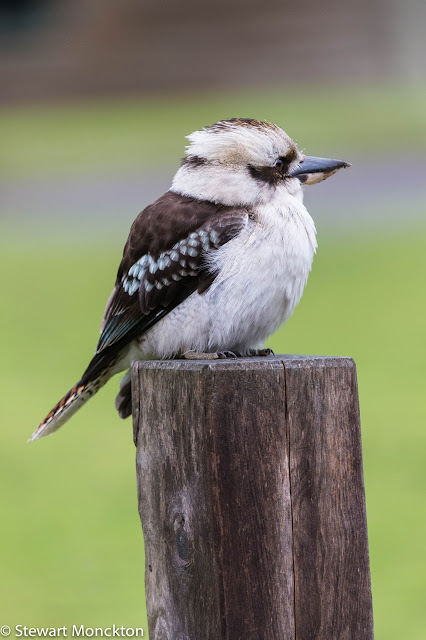 These pictures were all taken at Tidal River, at Wilsons Prom National Park. This rather fine fellow was hunting for (I think) worms that were coming out of the grass after a night of heavy rain.  While he (or she) was happy to sit on the post while I was watching, he would only swoop down to collect food after I had retreated a bit - as a result the pictures are not much chop!

I'm in the middle of a busy week, so will cease my rambling here.  Click on the familiar blue button to join in with WBW.  SM