This is a bird I have been trying to get some pictures of for a long while - it's not that its rare, it's just that I don't seem to see them up close very often.  The garden in the house at Apollo Bay had a resident pair of these birds (as far as I could tell) and while they were still a bit nervous, I did get some shots by waiting (and waiting) on the verhadna overlooking the garden until the birds started to ignore me.

New Holland Honeyeaters are a smart little bird about 18 cm long.  I tend to associate them with places close to the coast, but in reality they can be found further inland.  That being said, their distribution does hug the south coast of the country.

Unless you happen to live in the Australian region - i.e. Australia, NZ, New Guinea or a few small Pacific Islands (specific Pacifics I suppose!) you will not see many Honeyeaters as they are restricted to this area.

They don't really eat honey, but do eat nectar and other sweet fluids produced by plants.  Because this diet is very low in protein, many of the Honeyeaters will also eat insect.

So, enough of this - I give you Phyidonyris novaehollandiae - the New Holland Honeyeater. 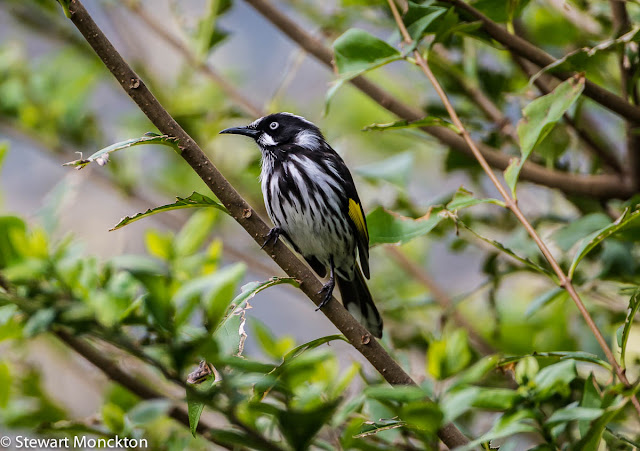 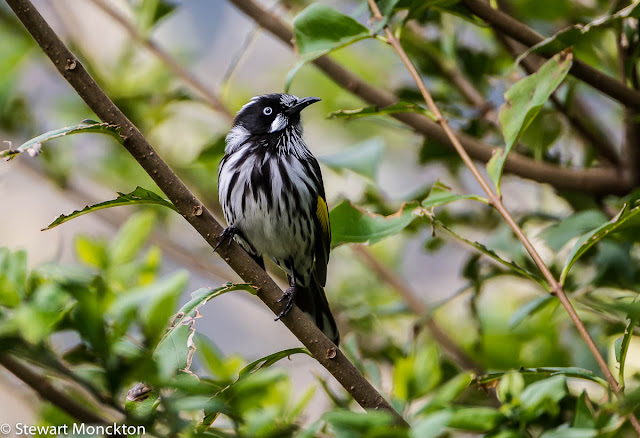 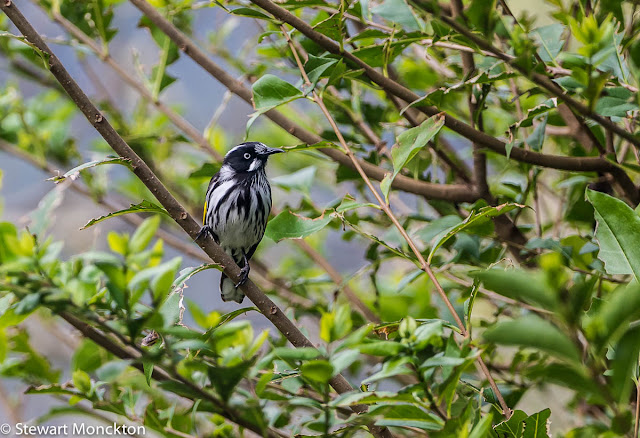 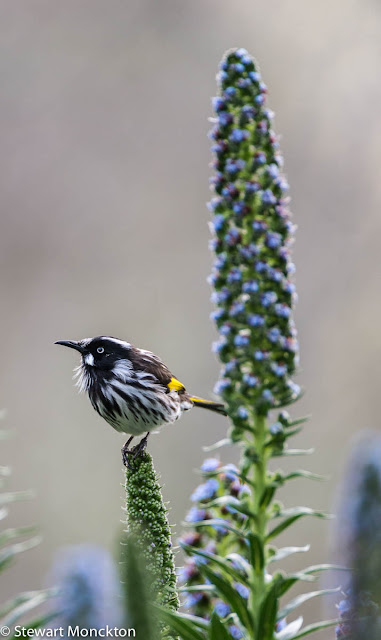 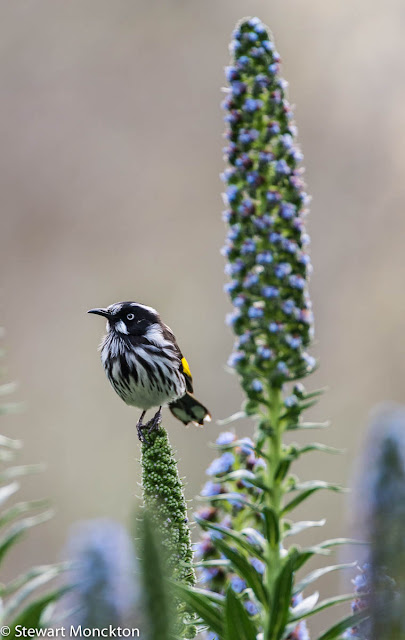 Now its your turn - and once more, I would invite you to tell fellow bloggers you know who may be interested in such things about the wonder that is WBW!  So, off you go!