The Red-Tailed Tropicbird was the bird I was most looking forward to seeing on my recent trip to Lord Howe Island.  This magnificent bird is used a great deal in the publicity shots for the island, so I was keen to see one (or more) for myself.

I saw some of these birds on the second day I was there, during my climb up Mount Gower.  I think I was the only person in that group who became excited at the sight of these birds, which may be explained by the fact that the walk itself was pretty tough!

I got much better views later in the week, and I was once more very pleased to be in the digital age of photography.  Photographing moving, almost pure white birds against a bright blue sky was a bit of a challenge - and I got better results from my second set of efforts than the first!

I got great views of these birds doing their courtship flights where they circle around each other in the air.  I was also pointed in the direction of a bird that was nesting on the ground.  While this bird was determinedly hidden in bush, I was surprised at how big they were.

The bird has a rather short tail apart from the long red tail streamers that give the bird its common name.  This means the birds look a bit stubby in flight.  Their tendency to use their outstretched feet as air brakes also add a somewhat inelegant look to these birds - but they are wonderful to watch.

Their formal name - Phaethon rubricauda - means 'red-tailed shiner' and in bright light they live up to that name.

This post is a bit image heavy - they really are wonderful birds.  If I saw one bird that made the trip to LHI worth while it was this bird - and I saw many more as well! 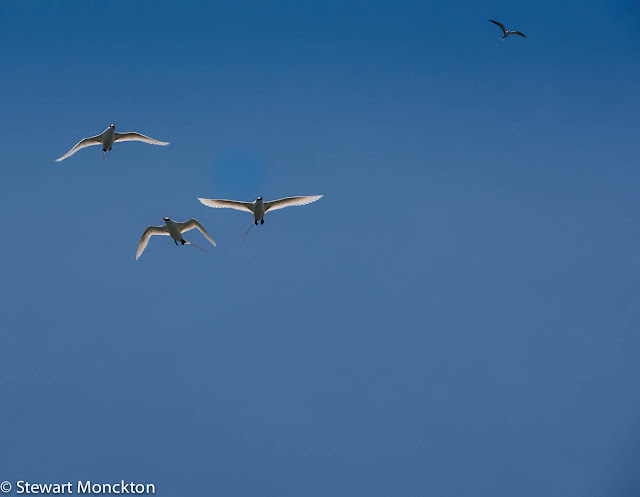 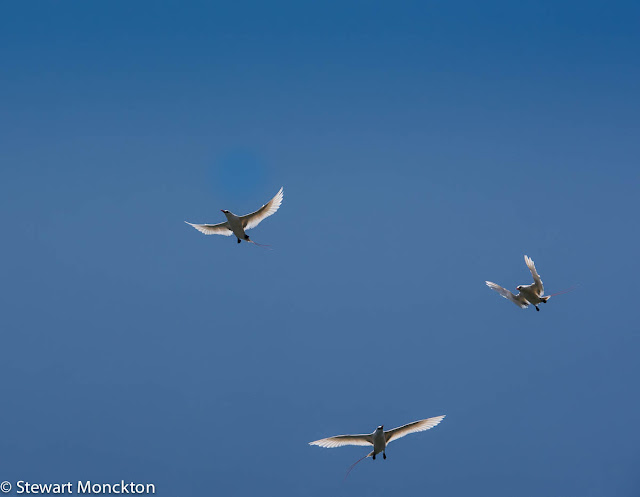 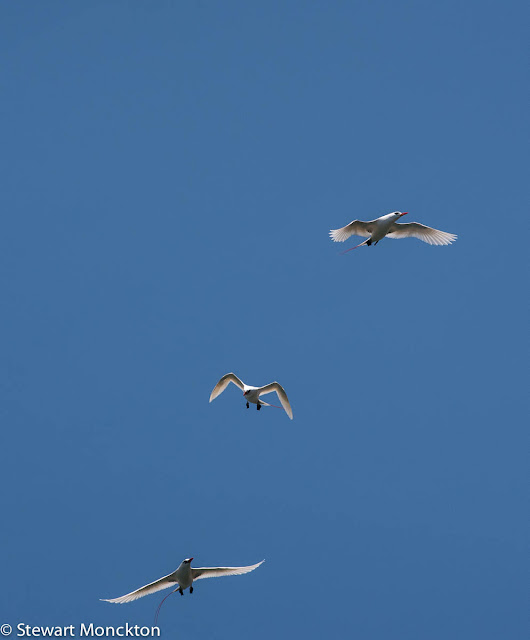 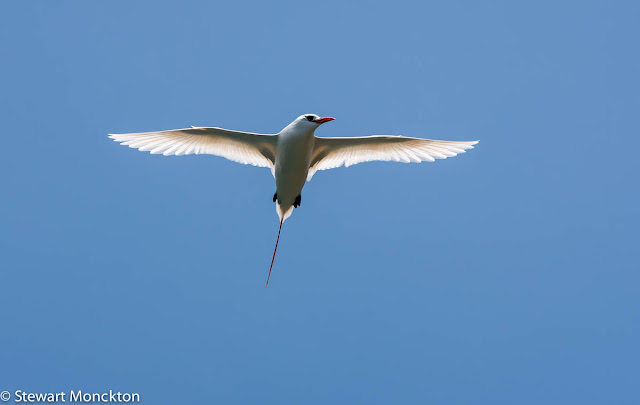 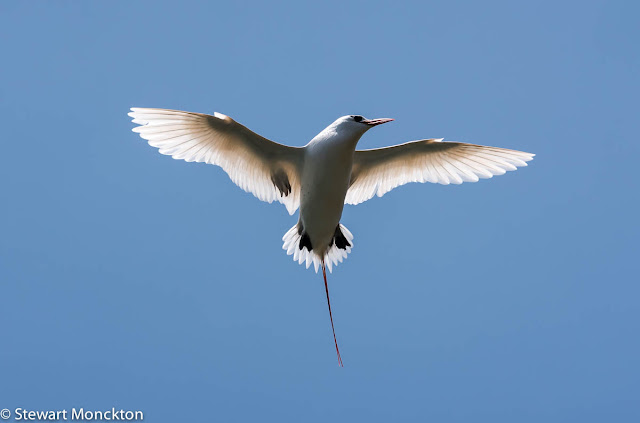 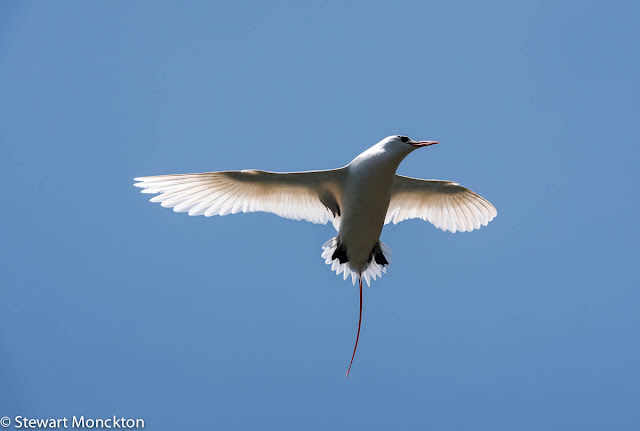 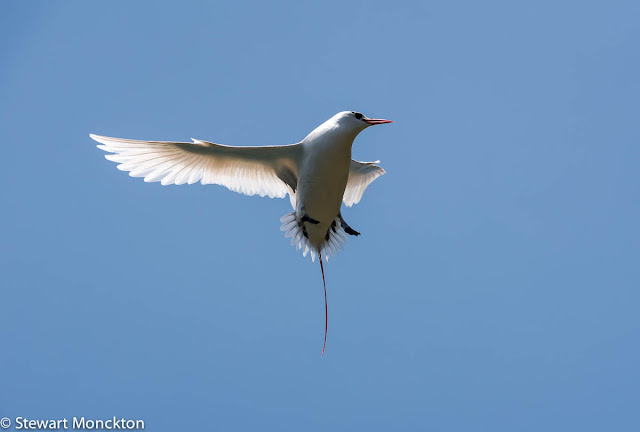 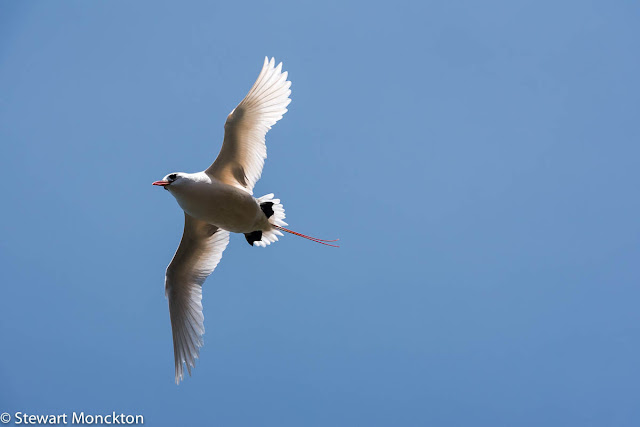 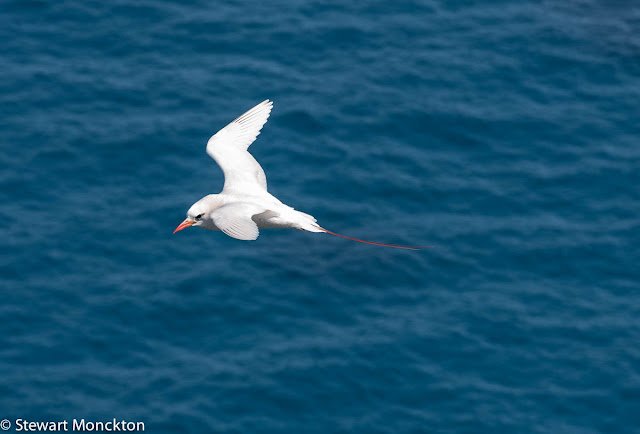 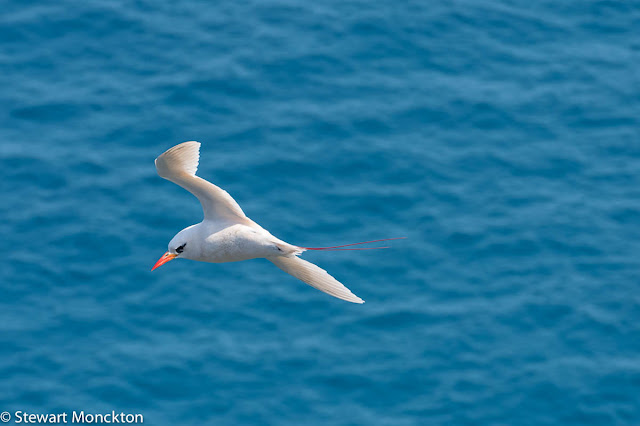 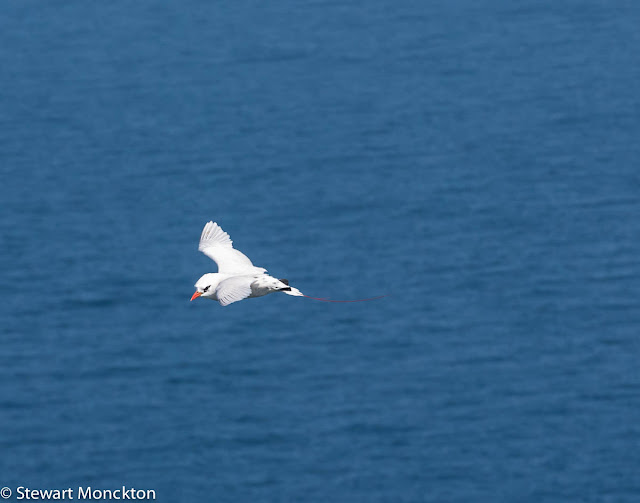 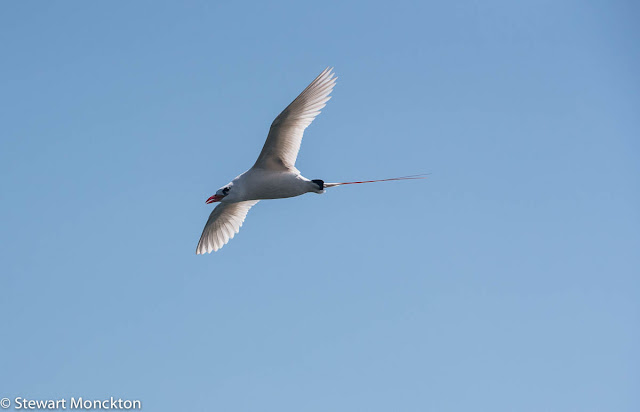 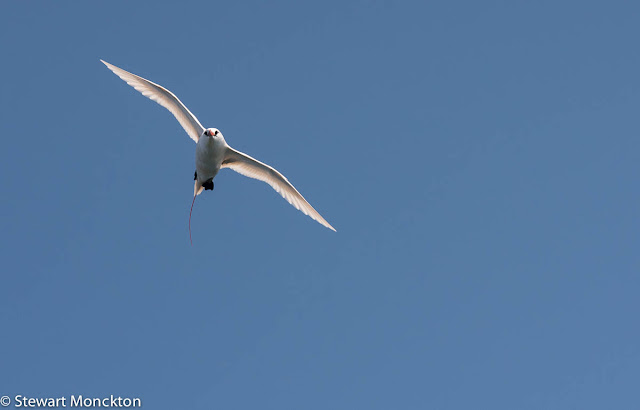 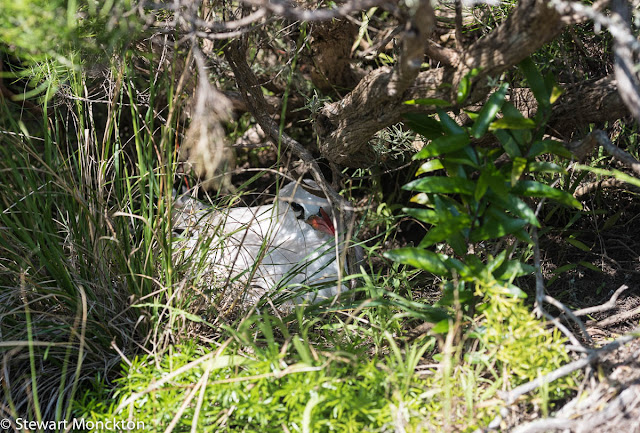 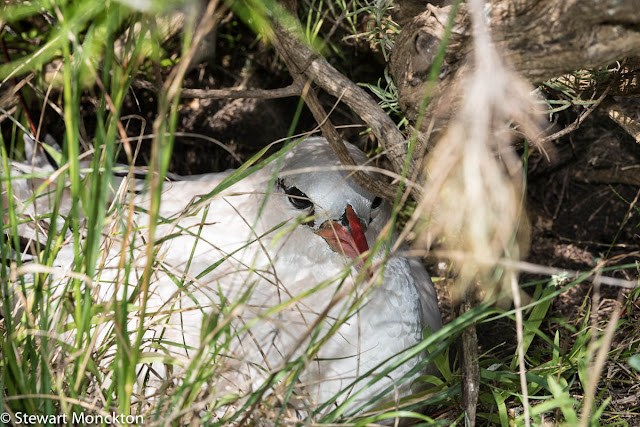 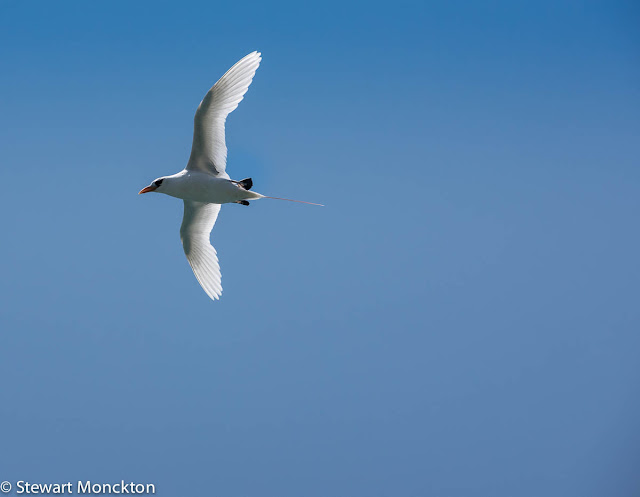 I think you may get a better view of the pictures by clicking on one and having a look at them as a 'gallery.

Now it's your turn - click the blue button on off you go.