During my time in the Northern Territory that Agile Wallaby was the most common 'kangaroo' type animal we saw.  We had short views of Bandicoot and Antilopine Wallaroo, but I did not get any pictures.  I have to say I wish I had got dome pictures of the second species, just to be able to have a post titled with that name!

Agile Wallaby are the most common kangaroo in the tropical, coastal areas of Northern Australia - with in a nutshell describes where I spent my time when I was there.

Male Macropus agillis can weigh up to about 30 kg, with female being about half that size. 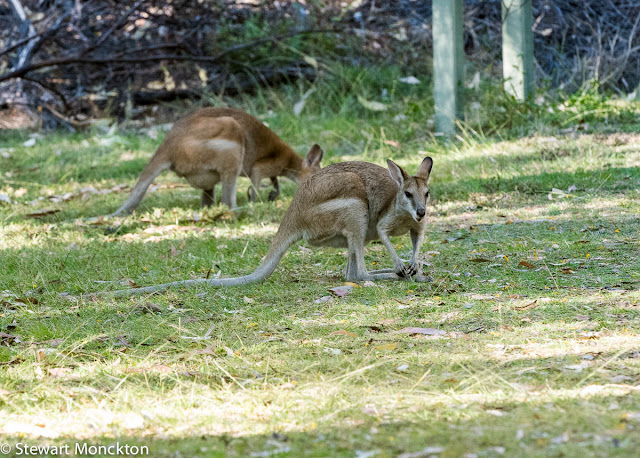 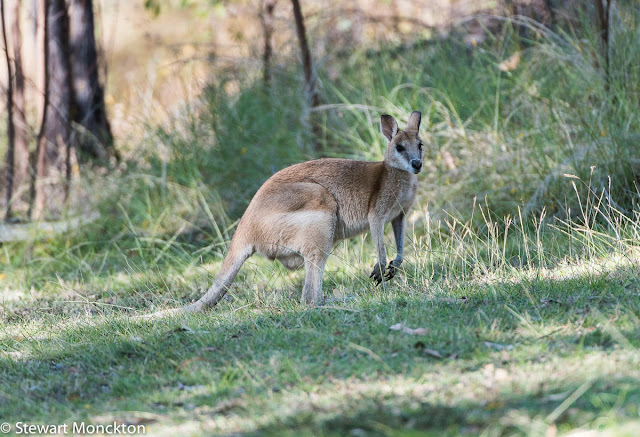 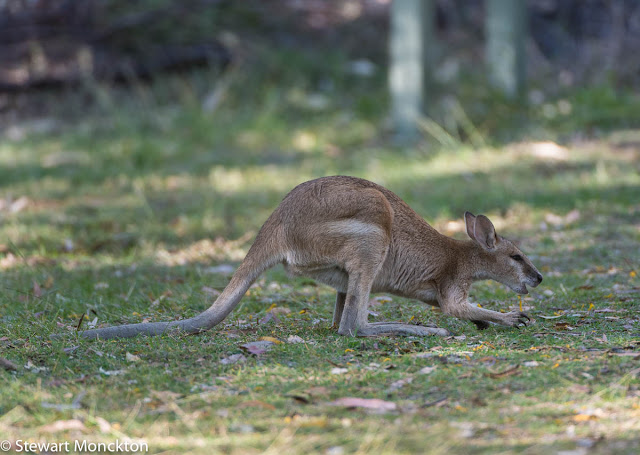 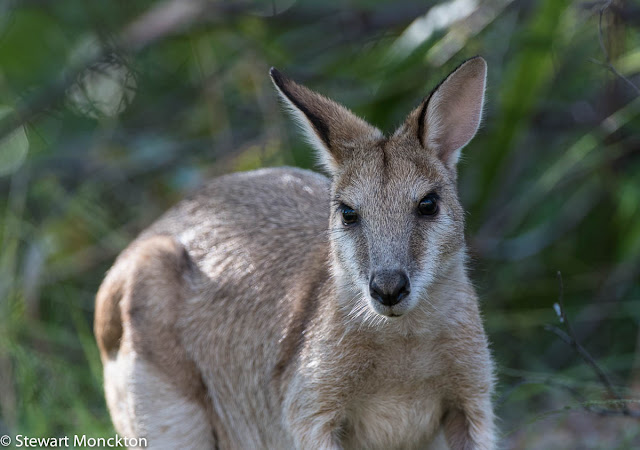 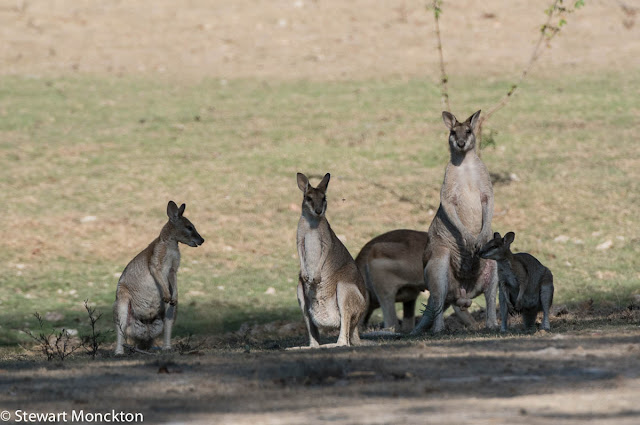 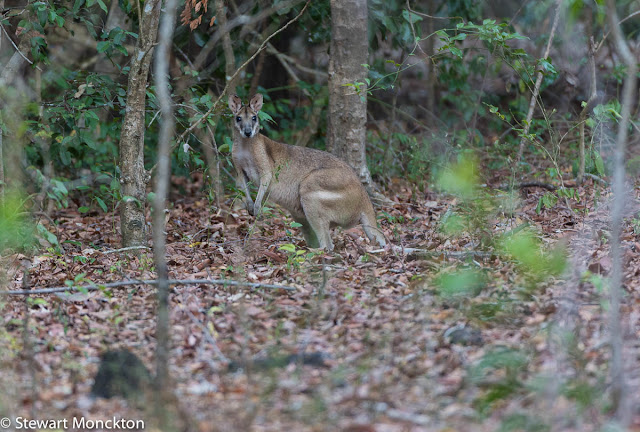