Kingfishers are really rather wonderful birds. And as a result I was really pleased to have the chance to photograph some when I was in the Northern Territory.

On the first day of the tour, more or less at the first place we stopped at, we found a Forest Kingfisher (Todiramphus macleayii) showing rather well on a wire fence.  This bird was rather more obliging than many kingfishers I have tried to photograph, and as such I was able to get a little closer to it than normal.

The Forest Kingfisher is about 20cm long and it is not a bird I get to see in South East Australia, as it has a more northern distribution.  Although its name is 'forest' this bird can be found in a range of habitats, often near water, where it feeds on insects, small lizards and frogs. 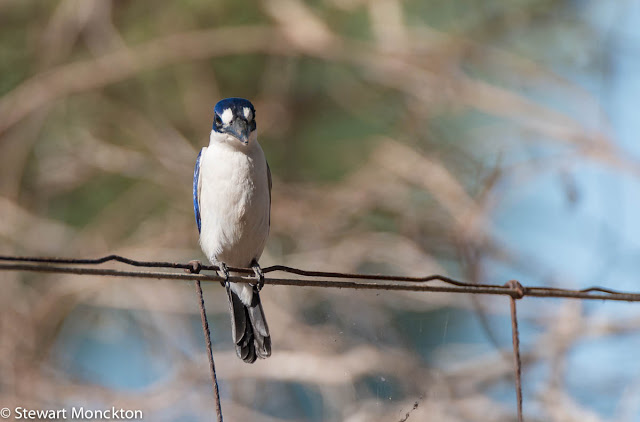 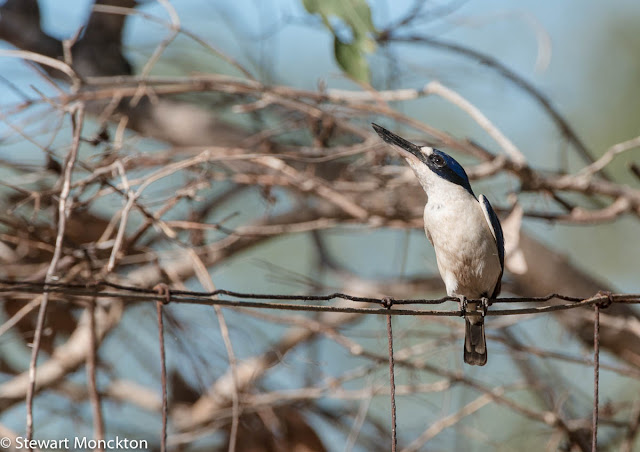 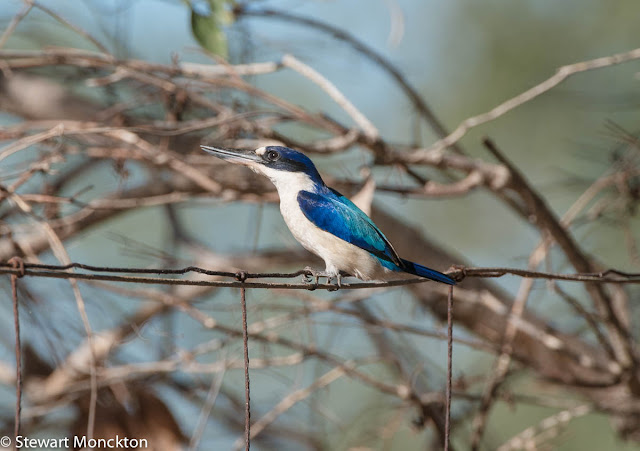 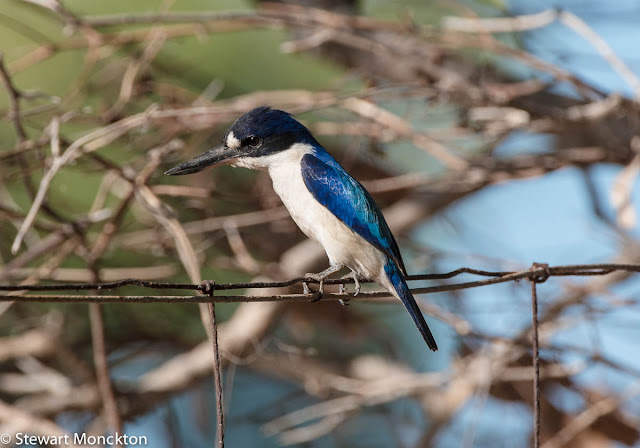 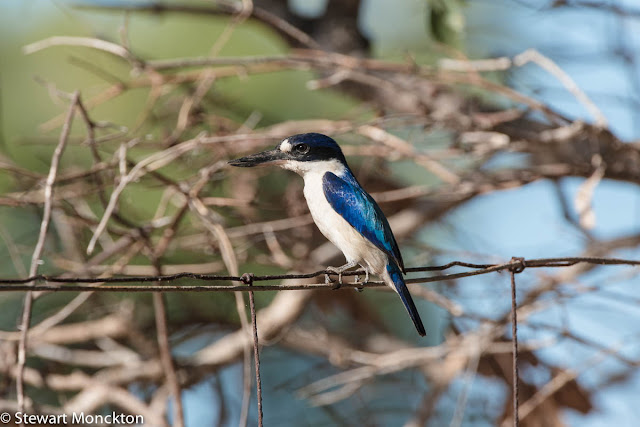 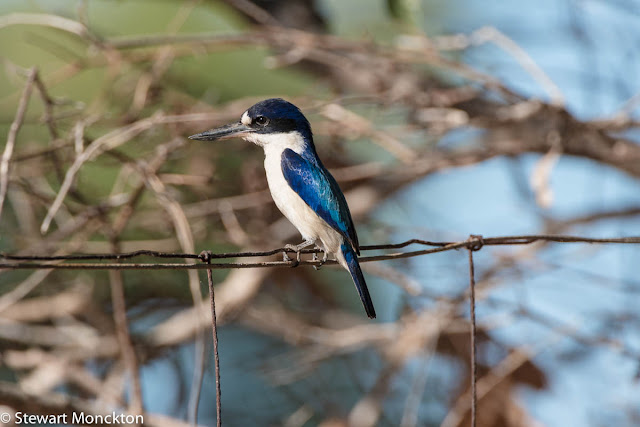 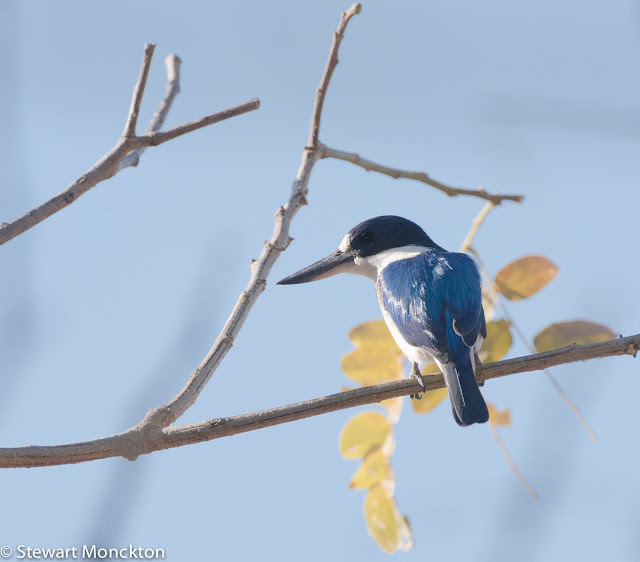 To join in with Wild Bird Wednesday, just click on the blue button below;
An InLinkz Link-up
Posted by Stewart M at 03:00