The call of the Bar-shouldered Dove as a kind of bird call white noise in the Northern Territory - in the end you stop hearing it and only notice it when its not there!

These pictures were all taken at East Point in Darwin, which is a public park.  A number of people found it rather interesting that there was a group of people sporting lenses of various sizes at what is basically one of the commonest birds in the region.  I explained that we were from 'down south' and that seen to suffice.

Both of the Bar-shouldered Doves names (Geopelia humeralis) refer to its shoulders, even if the barring is really on the neck of the bird.

We saw these birds every day and almost everywhere when I was in NT, and despite them being rather common I do like them.  The antics of the pair of birds in the first pictures also made me smile I lot! 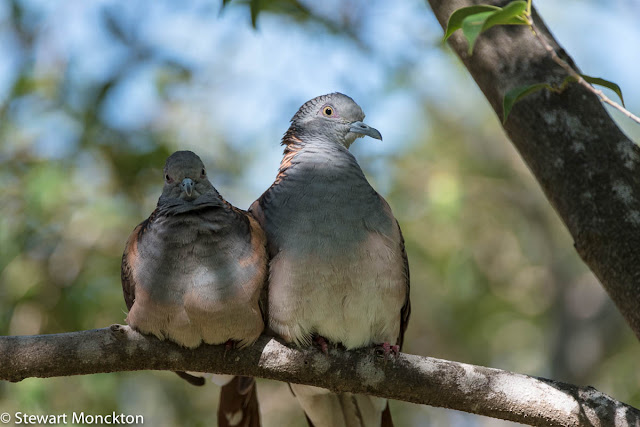 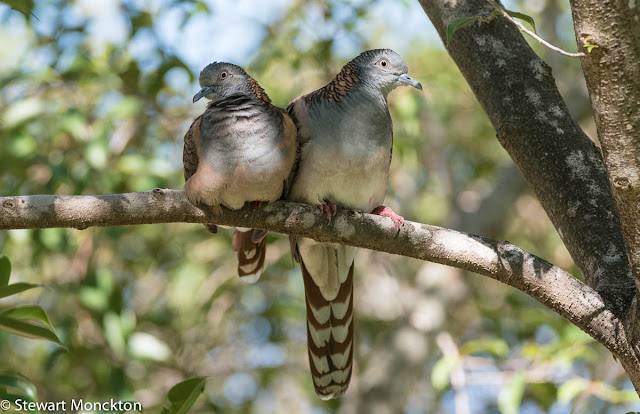 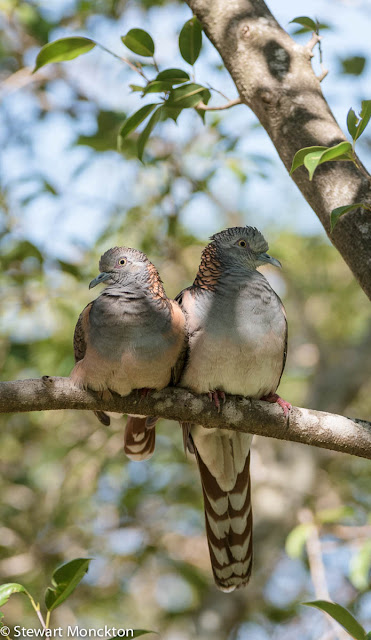 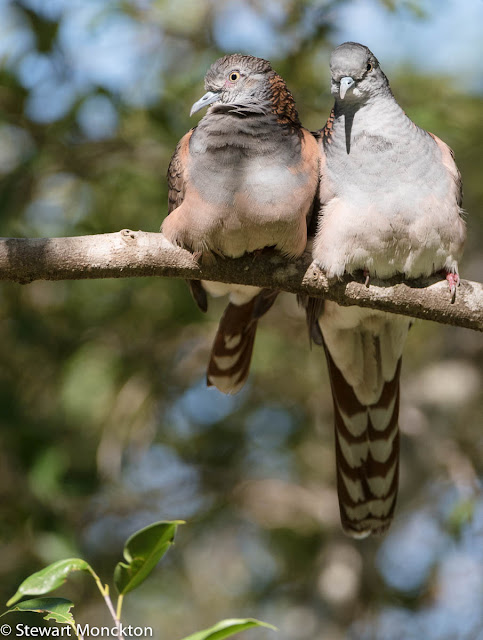 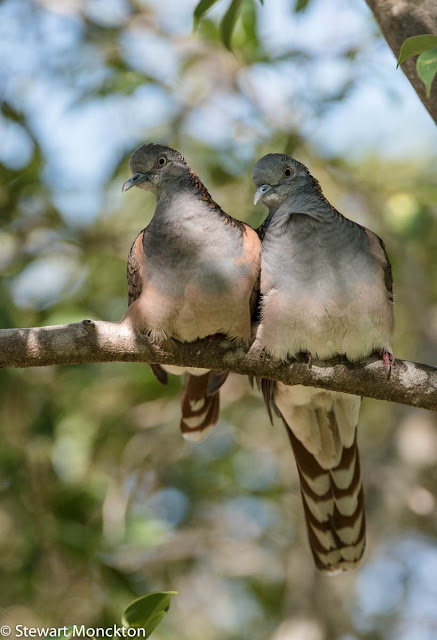 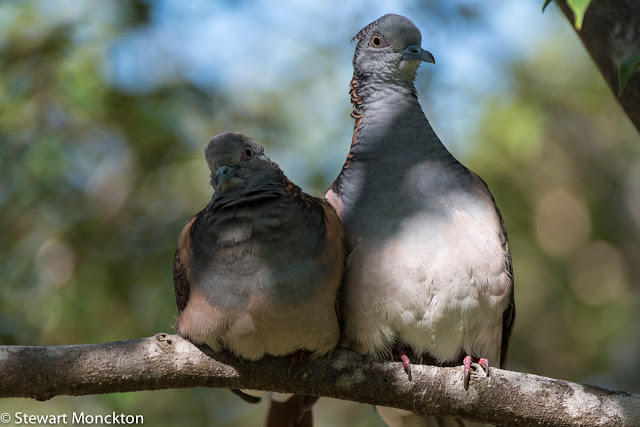 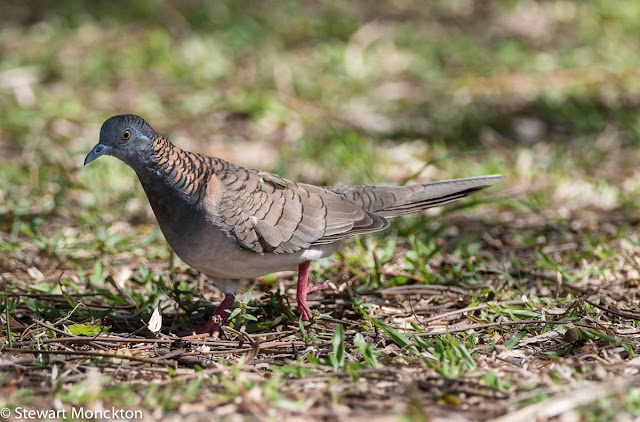 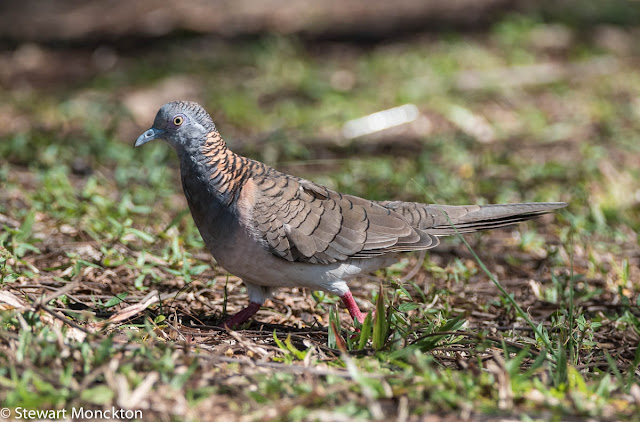 So, now its over you you.  Click the blue button and off you go.  Don't forget to visit the other WBWers on the page, and feel free to encourage new bloggers to join in.  SM