No series of posts from the Northern Territory would be complete without some images of crocodiles.  Due to a bit of a mix up with identification in the past, some of the best places to see crocs in the NT are on the East, West and South Alligator Rivers!  These rivers were given these names by an American Explorer who had never seen a croc, but had seen a 'gator!

The last image here is of a captive croc called Brutus - as you can see he is rather large!  Each year there are fatal croc attacks in the NT - often caused by less than thoughtful behaviour by people, and entirely natural behaviour by the crocs.  Of course, its the crocs that take the blame! 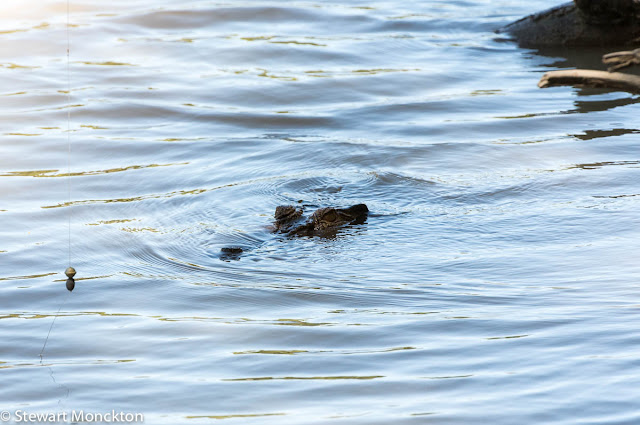 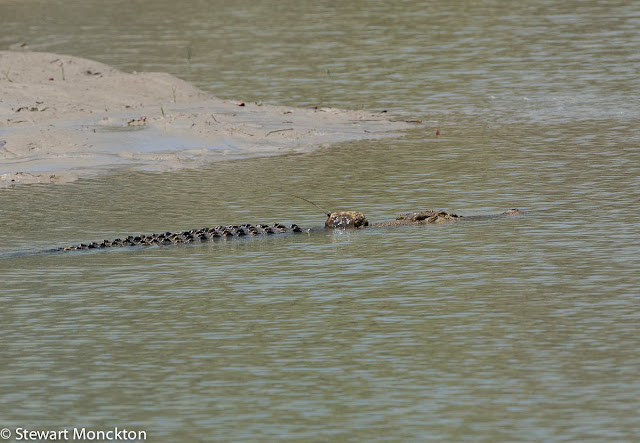 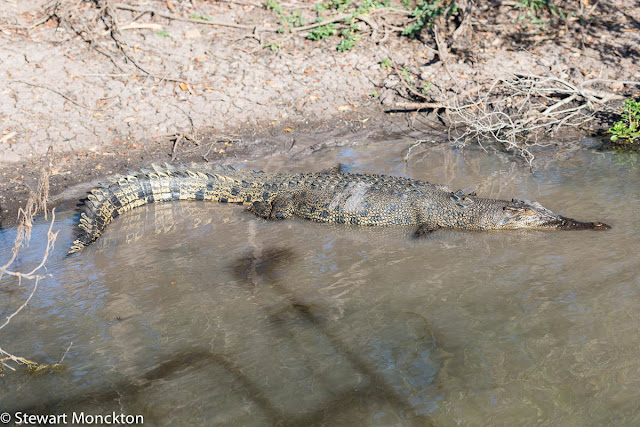 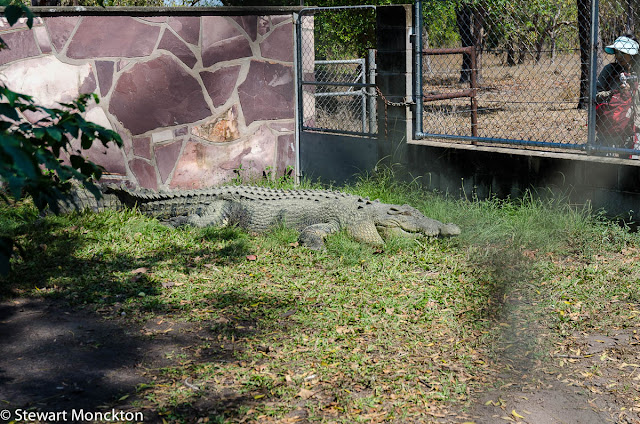 Interestingly, you can see a radio tag/ beacon on the crocodile in the second shot - he is being tracked as part of a study. I was told the other crocodiles tend not to hang around with him since he got the tracking pack - and the local call him Nigel No Mates!
Posted by Stewart M at 02:00