Sometimes it is hard to keep up with things - and that seems especially true for the taxonomy of birds.  Species are split - so that what was once a single species becomes two or even more.  And species are 'lumped', where two species that were once considered separate become just one.

Some people can't see the point of such endeavours, but as I tend to point out at such times, we can't protect the things we don't know exist.

The difference between these two birds is pretty clear - and you can see some picture of the Black-shouldered Lapwing here (although I had not caught up with the change of name at that point in time!) although even it that post there is a comment about classification.

So, here (for the time being!) we have the Masked Lapwing (Vanellus miles).  These birds were foraging on the beach in Darwin.  They were either much more relaxed than their southern relatives, or just used to people as they came much closer to me that I had expected.

These birds differ from their southern 'cousins' in that they lack the clear black shoulder marks, and that the yellow wattles on their face in much larger.  When seen head on, the yellow mask behind the back can been seen to be swollen to such an extent that it seems the birds cannot see forward!  Strange. 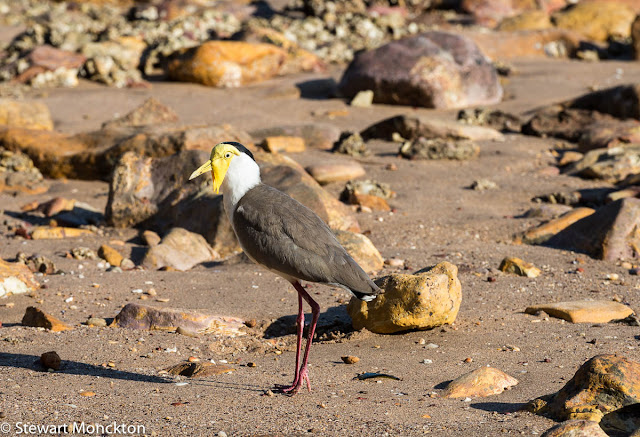 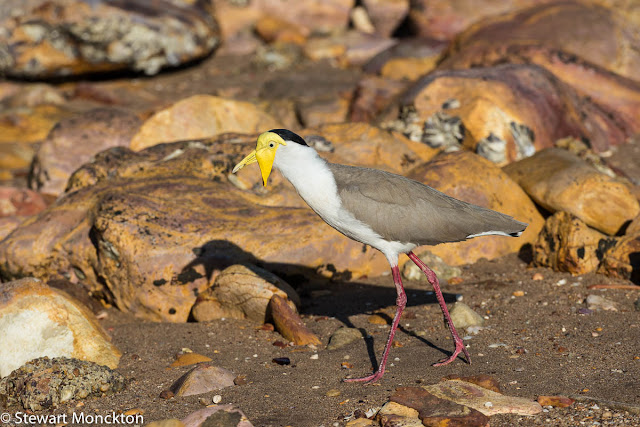 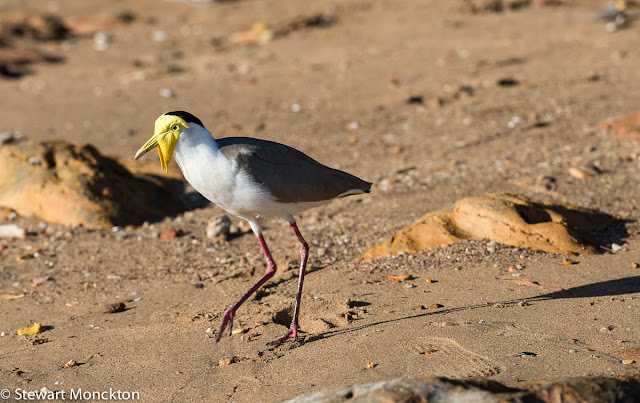 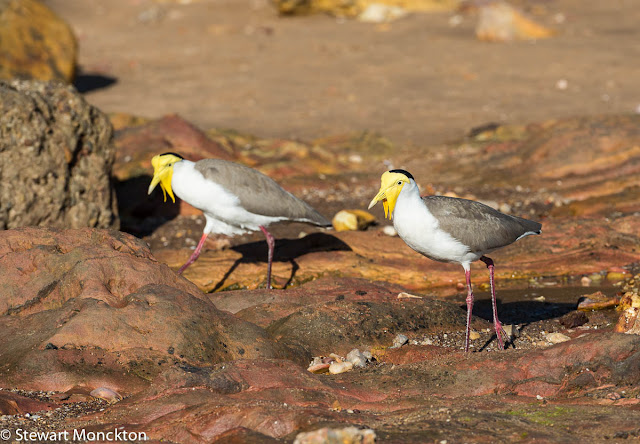 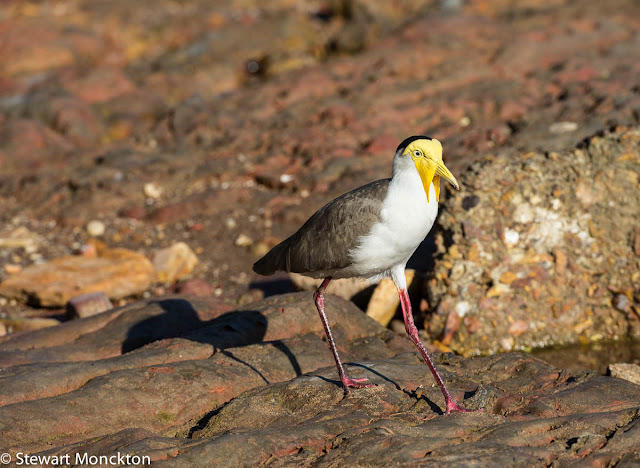 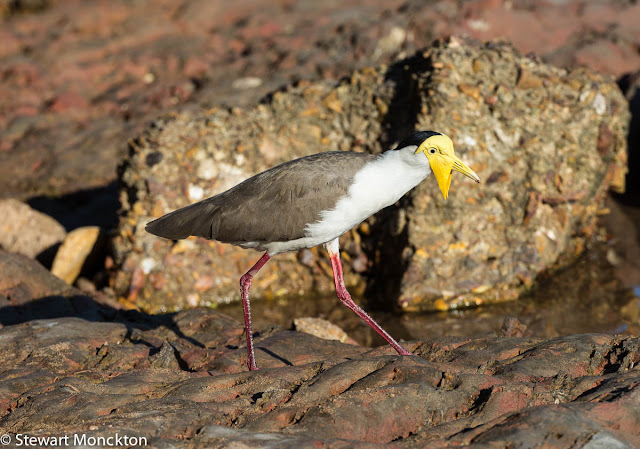 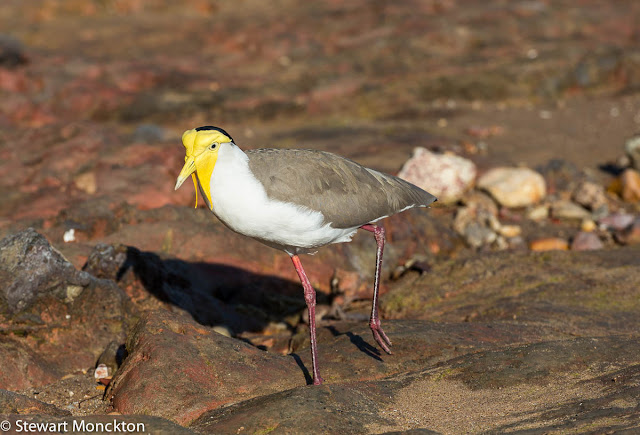 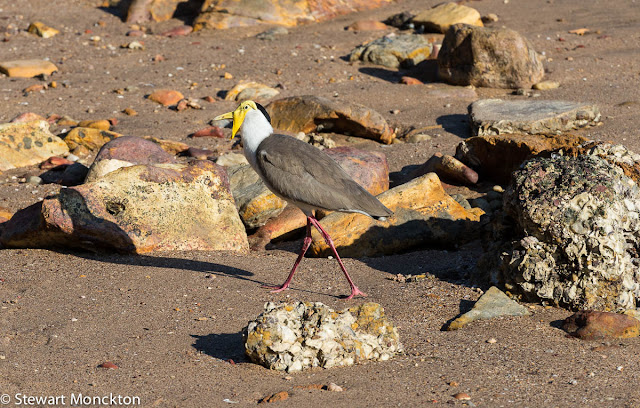 I think the bird in the last picture is keeping its eye on a Kite that was circling above the beach.

Now, click on the blue button to join in.  cheers  SM
An InLinkz Link-up
Posted by Stewart M at 03:00