In some ways I find this type of Aboriginal rock art the most fascinating - this is Contact Art; rock art that was made in response to the coming of Europeans to Australia. It marks the start of something very new, but in many ways it also marked the ending, or at least change of an almost unthinkable scale, of something so old that most of us can't really get out brains around it.

The aboriginal cultures are the oldest extant cultures on Earth.  We (Australians) would do well to remember that a little more often.

The 'white man' image is one of my favourites as it shows to wonderfully observant features - first the figure as no hands - because the person has their hands in their pockets - and secondly it has very big feet - because the person is wearing boots.  I wonder what thoughts and conversations ran around the fire the night before that painting was made.

The hand / arm images show the fine silk gloves worn by European ladies at the time.

But possibly most remarkable is the image of the boat - this was drawn at a site called Nanguluwr in Kakadu.  This may not be a British ship, but could be Dutch, as these boats had been sailing the waters to the north of Australia for a number of years before Cook 'discovered' the east coast of Australia. 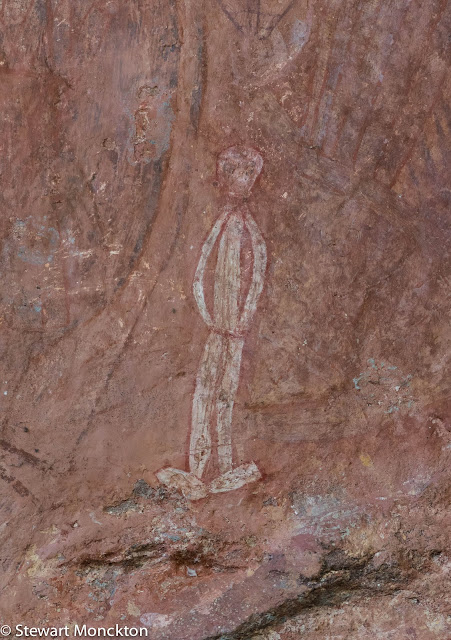 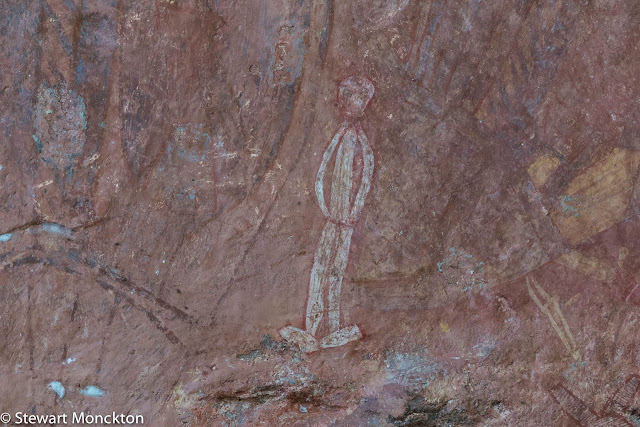 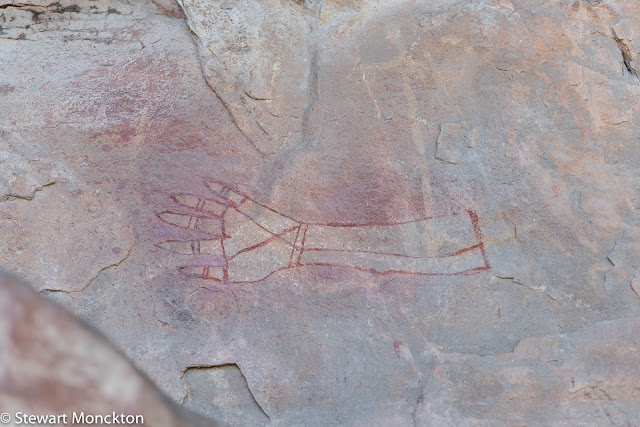 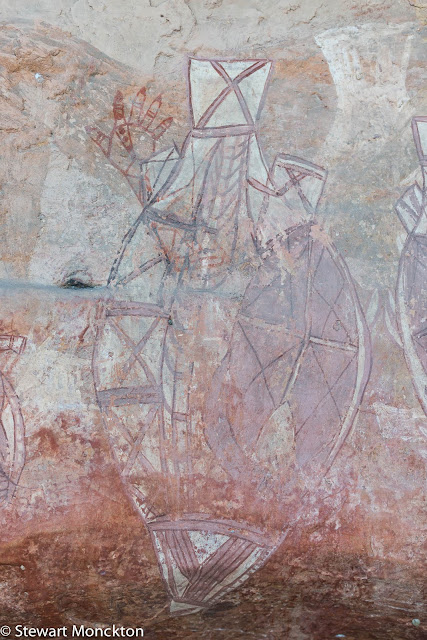 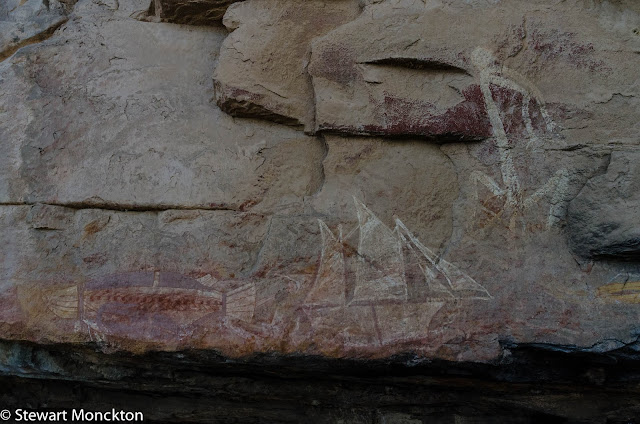 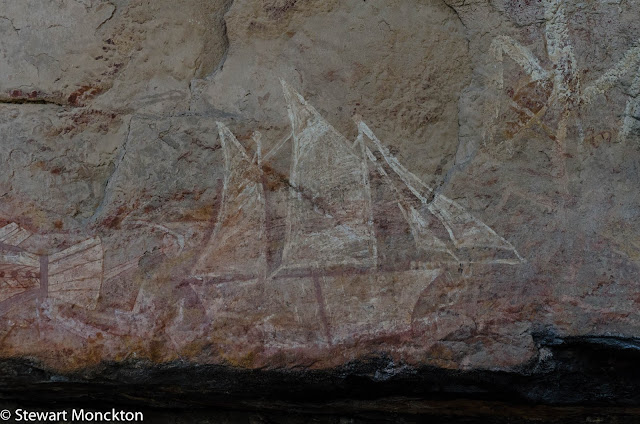