Greetings - its not been the easiest 10 days of my life in terms of health and such like, so I am very behind with replies and such like.  Just when I thought I was out of the woods, today I spent well over an hour - and well over $500 - in a dentist's chair.  Which was an experience that is best described as unenjoyable!  On the other hand, my week has been better than the one that the frog in these pictures was having!  I should be thankful.

The bird is an Intermediate Egret (Ardea intermedia) one of a set of at least 3 'large' white egrets in Australia.  I'm pretty certain I have got the name right, but will except corrections!

This bird was feeding in the shallow water outside of the Mamukala Bird Hide when I saw it get the frog.  It was caught, turned around and swallowed all in a few seconds. 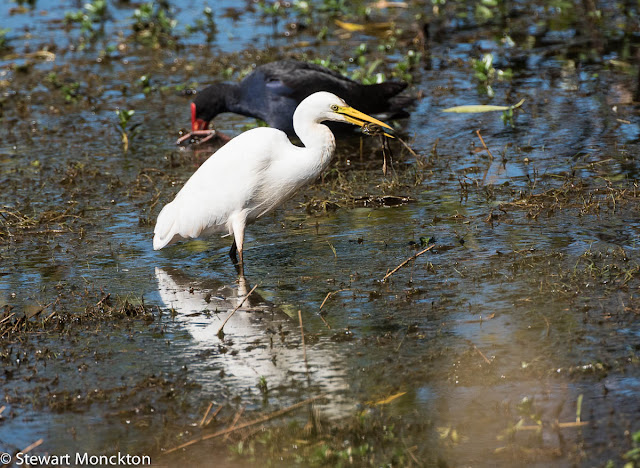 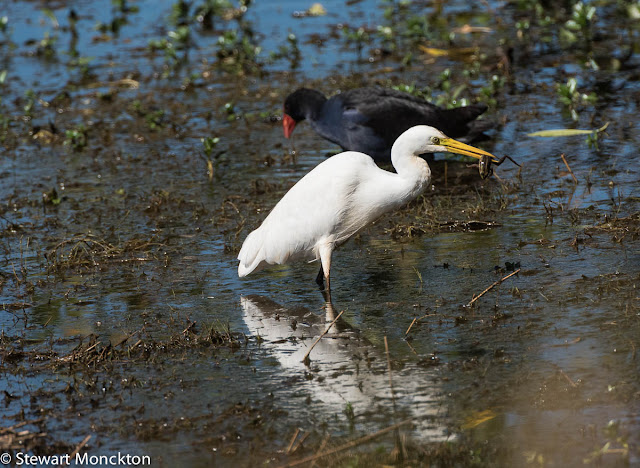 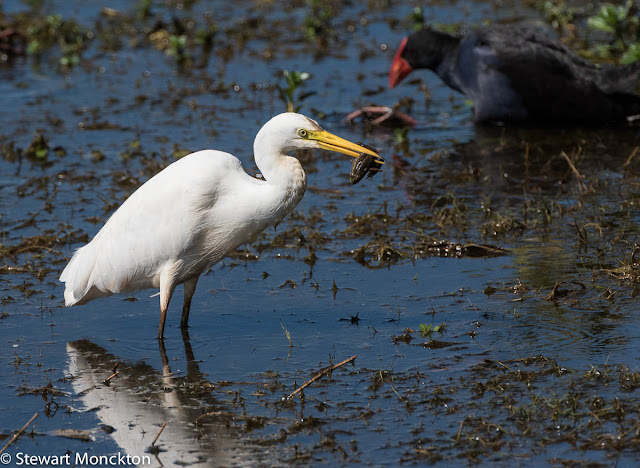 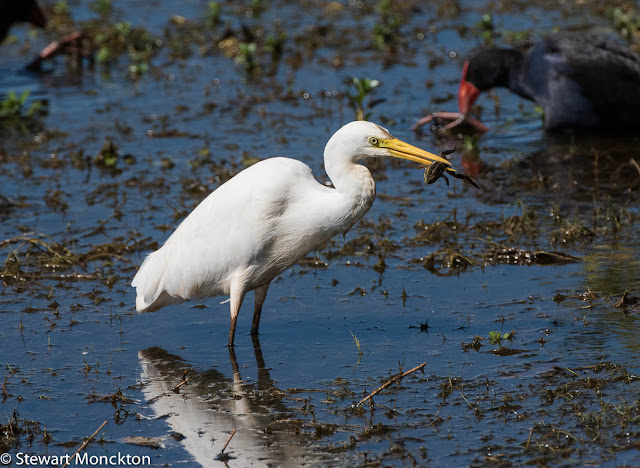 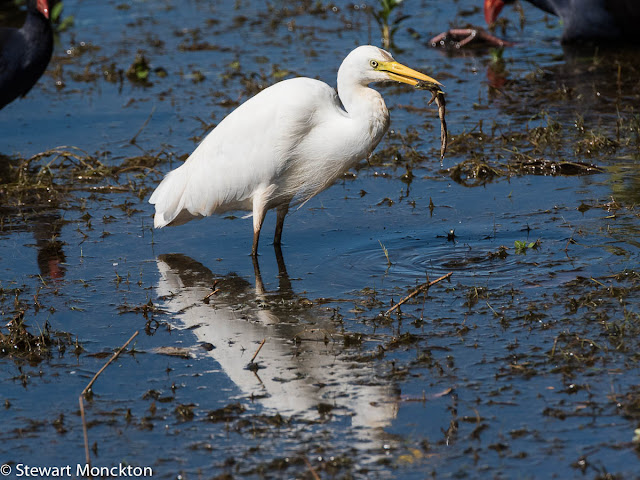 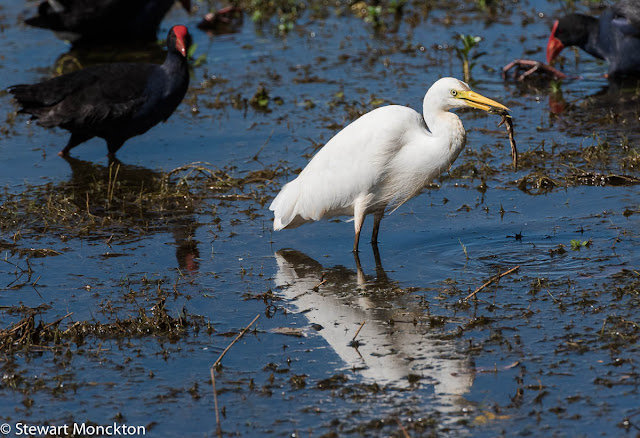 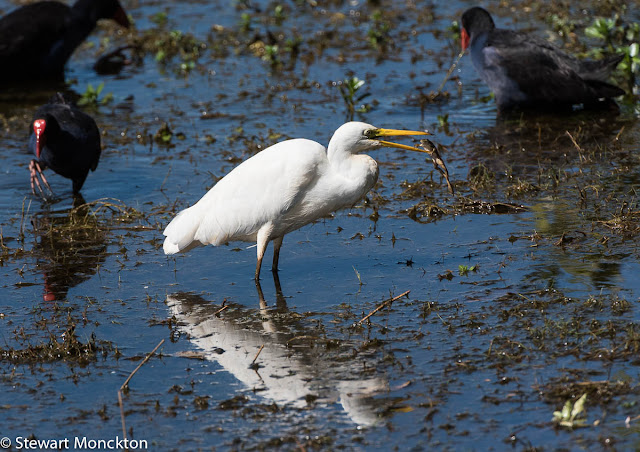 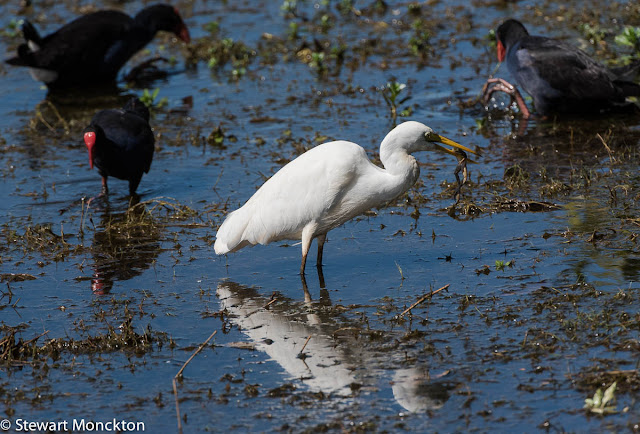 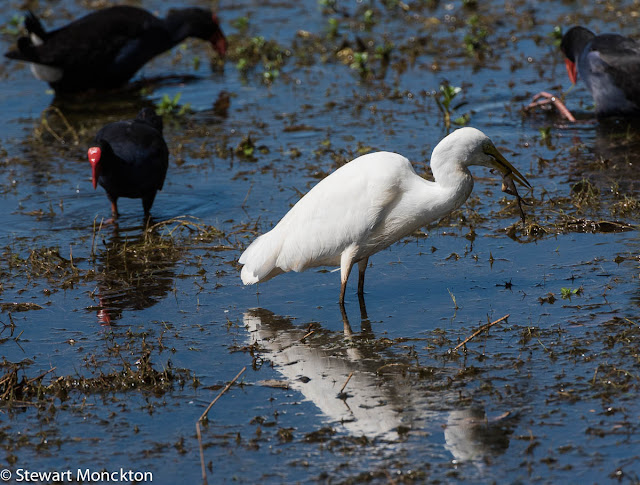 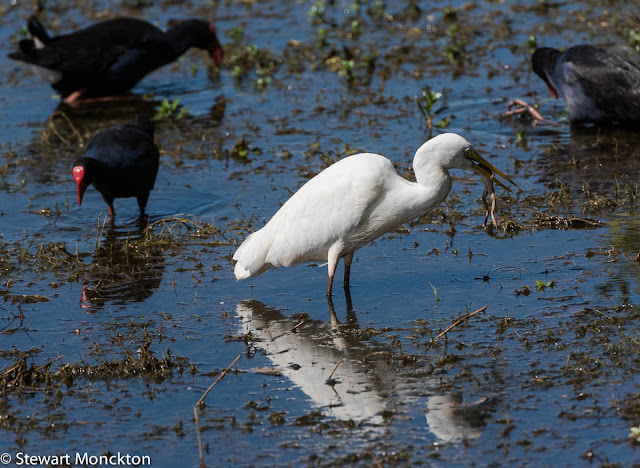 The large blue / purple birds in the background are Australian / Purple Swamphens.

I hope finally to be back up to speed some - so, thanks in anticipation for comments.  Now its your turn to click the blue button and join in with WBW.  SM
An InLinkz Link-up
Posted by Stewart M at 03:00