The budgerigar must be one of the best know parrots in the world - my mum had one, my grannie had one and at some time in my early teens I saw one perched on the power-lines outside my house in Somerset - I somehow feel it did not make it through the winter!  The sound of these birds chattering to themselves was common in many front rooms throughout the village, and it was only on close inspection that I found that sounds of bells was coming from the silver ball under the mirror (a compulsory budgie cage accessory as far as I could tell) rather than from the bird itself.

I would have no more consider these to be wild birds than I would have considered unicorns as being abundant.

So seeing these birds in the wild is some form of extraordinary treat.  And it was their distinctive calls that first drew our attention to a small bush just as we started walking (limping in my case!) around one the paths that snake through the many heads of Kata Tjuta.  This first view was fleeting, but it set the tome for the rest of the walk and the budgerigar became the bird of the walk.

As we approached a bridge - soon to be christened The Budgerigar Bridge - we could hear a flock of these small, bright green and vocal parrots calling to each other.  The birds were zipping about in the lower branches, checking out holes and generally doing things that mean there will be young budgerigars coming along soon.

These wild birds may lack some of the more outlandish colours that the cage birds show, but I suppose the genes for that plumage must be in the wild gene pool somewhere.  At about 18 or 19 cm these are not a big bird, and their puffy cheeks make them look like they have rather large heads - or at least no neck. 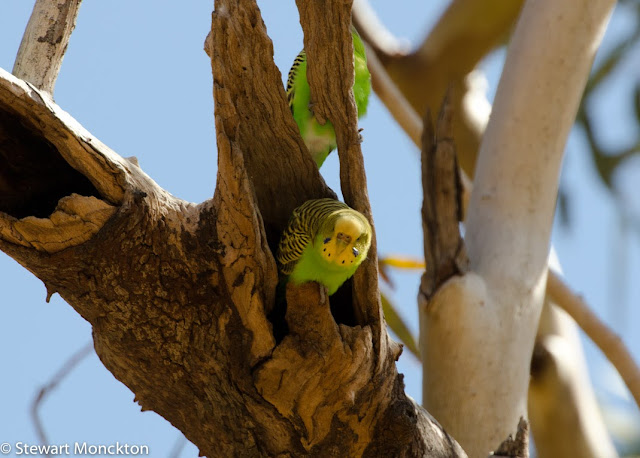 We should be rather thankful that Gould made his living from painting rather than from naming birds - as he wanted this bird called the "Warbling Grass-Parakeet", which does not really roll off the tongue.  It is thought that the name budgerigar is an attempt to transliterate the name of this bird from one of the Yuwaalaraay group of languages. 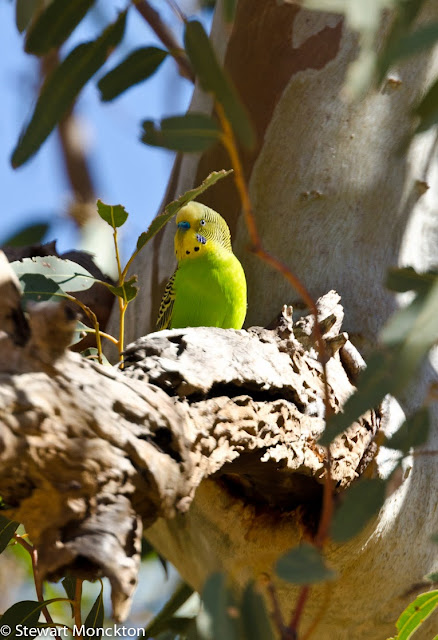 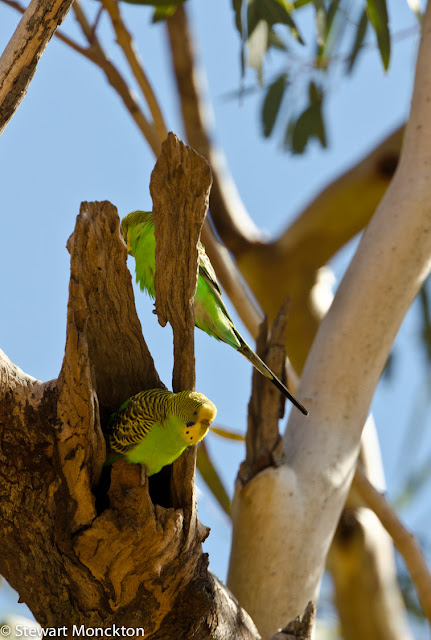 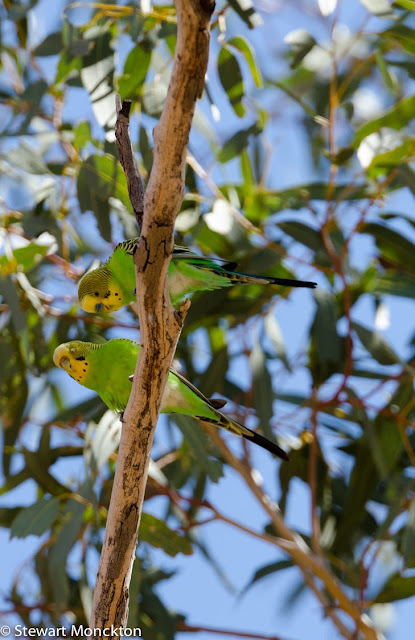 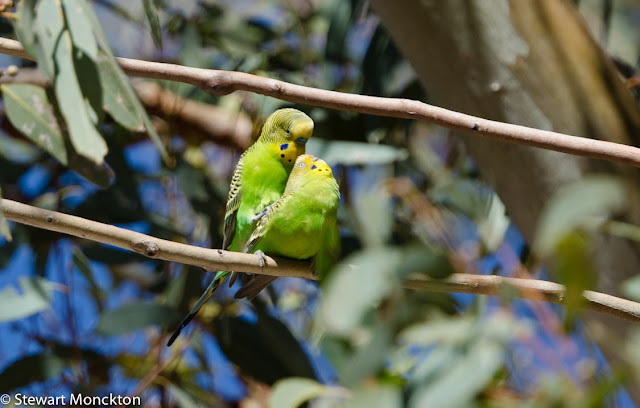 Now its your turn to get involved in WBW.