Reports are starting to come in of the waders returning from the Northern Hemisphere to the coasts and wetlands of Victoria.  This is always an exciting time - and with luck I may be able to get out this weekend to have a look for some.

So, it a desperate attempt to segue between that and todays WBW I have decided to post some pictures of waders - Red Knot - getting ready to fly north a whole breeding season ago.

The Red Knot - Calidris canutus - is a chunky looking wader of about 25 cm.  It only takes on its eponymous characteristic in its breeding plumage.  In other words, it generally looks at its best when its not in Australia.

However, I was lucky enough to find a group of these birds on Pope's Eye - an island I have mentioned a few time in posts - last autumn (thats last spring for you up north!)

A few of the birds were beginning  to "red up" into breeding plumage - which meant that a). they look splendid and b). they were easy identify! That's the kind of double win I like!

It's hard to believe that these birds are about to fly off to N.E. Siberia!  And its even harder to believe that if I manage to see the leg flagged bird again, it will have flown from Australia to Siberia and back between sightings.    The leg flagged bird (A7) was flagged less than 20 km from where I saw it, so it obviously just popping out for some milk and the paper before it heads north! 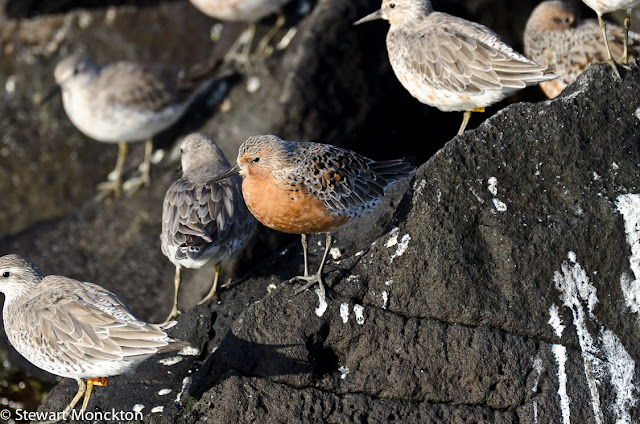 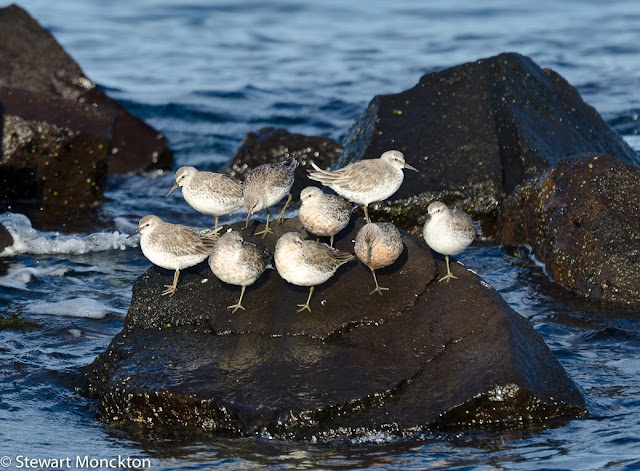 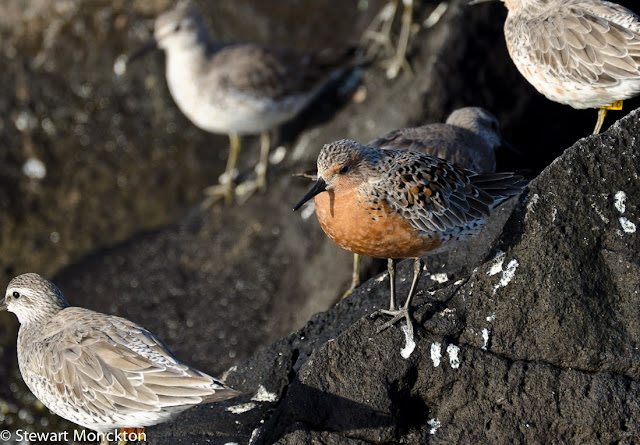 As ever there is some fun to be had from looking at the origin of name of these birds.  The origin of Knot is (sorry) not know - which apart from anything else demonstrates the baffling use of silent Ks in the English language!

Calidris is derived from the Greek for "speckled water bird", although there is very little chance that Knot were the bird that help come up with this name.   canutus comes from some form of association with the Danish and English King Canute.  It seems he may have liked to eat them!

Anyway, enough of me, now its your turn!

Most of you know the drill by now, so click on the link and off you go!

If you are new to WBW - welcome! and click the link below and follow the simple instructions to join in.  Cheers - SM