As some of you may be aware I was away from my home base for much of the last two weeks - a work trip took me to Scottsdale in Arizona.  And as is my way, I managed to organise a couple of spare days to exploration while I was there.

As a result the next few posts will be based around these few spare days, rather than my normal Australian peregrinations.

At the end of a long day of travel - which took in my first views of the Grand Canyon - we stopped for yet more coffee at Cameron, which is a small settlement on the Navajo Indian Nation, near the Little Colorado River.

Just outside of Cameron we stopped to look at a rather good sky - but I was (temporarily) distracted by the sand under my feet. The low evening sun was picking up the hundreds of rounded crystals half buried, half exposed, by the sand.  They were rounded - as where most of the other larger stones - which means (I think) that while I was stood in the middle of a desert I was standing on a river made landscape.  Given that I had been looking at the Grand Canyon for much of the day, this was hardly a surprise I suppose - but it struck me as remarkable.

Where ever you look, if you look hard enough, you can find surprises. 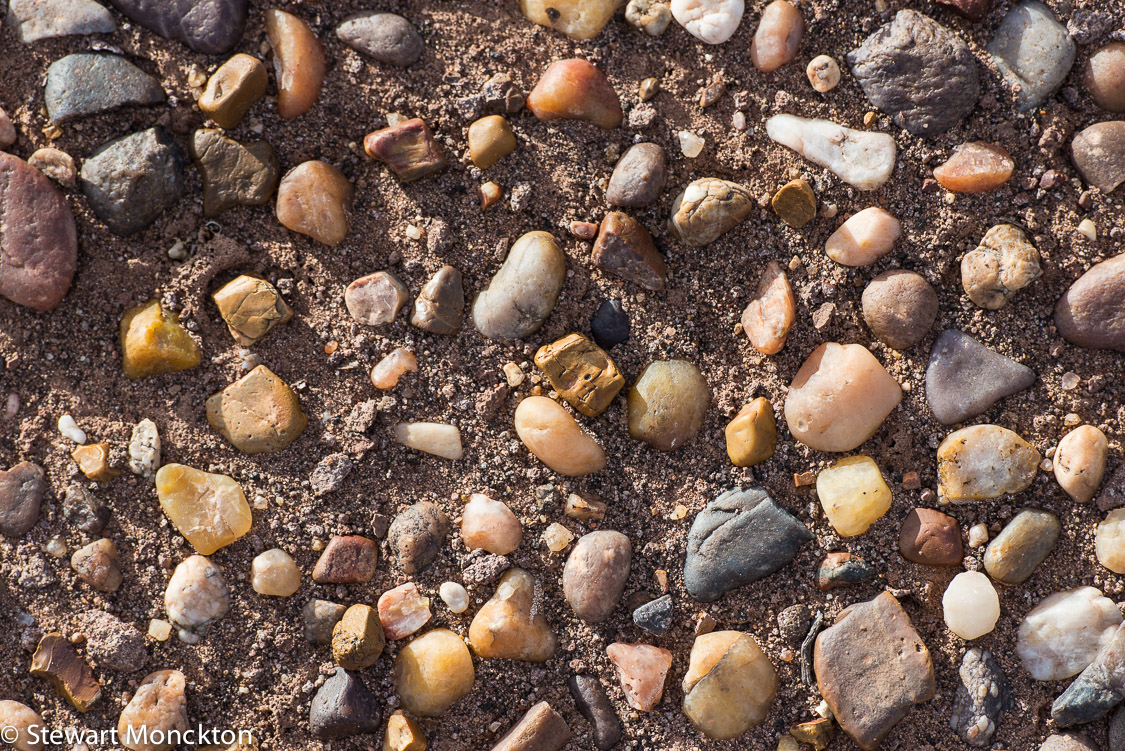 Once I mentioned the stones and crystals to the other people on the bus, many were uprooted and collected.  I think this is a little sad.  I rather wished I had not said anything about them. The crystals and stones will probably end up, pushed to the back of cupboards in frayed plastic bags, dull and forgotten.  I just wish people could leave things alone - memories are as wonderful (if not more so) than possessions.

Strange thoughts from a patch of water worn stones.

You can find more close up shots at Macro Monday 2 and I Heart Macro.