One of the "you can't miss this" parts of the tours I took was a visit to the Chapel of the Holy Cross in Sedona.

This history of this chapel is bounds up with a rich Sedona resident, Marguerite Brunswig Staude, who saw a vision of the cross in the building of the Empire State Building and wanted to build a church as a result.  Initially, she was helped by Frank Lloyd Write, but WWII intervened.  After the war had ended - and with the help of a local senator - this church was built.  I may have misheard what the guide was saying - I stopped listening when he was talking about vortexes and crystals - but the chapel itself was not designed by FLR.


It clear that people were very impressed by the chapel - and I overheard a number of comments about how a place like this would bring people closer to God.  I am in no position to say if this is true or not - but the building was a rather splendid piece of architecture.  As is my way, I found a part of the building that I liked that other people seemed not to be concerned with - the wonderful sinuous walkway the moved from the chapels car park up to the main building. 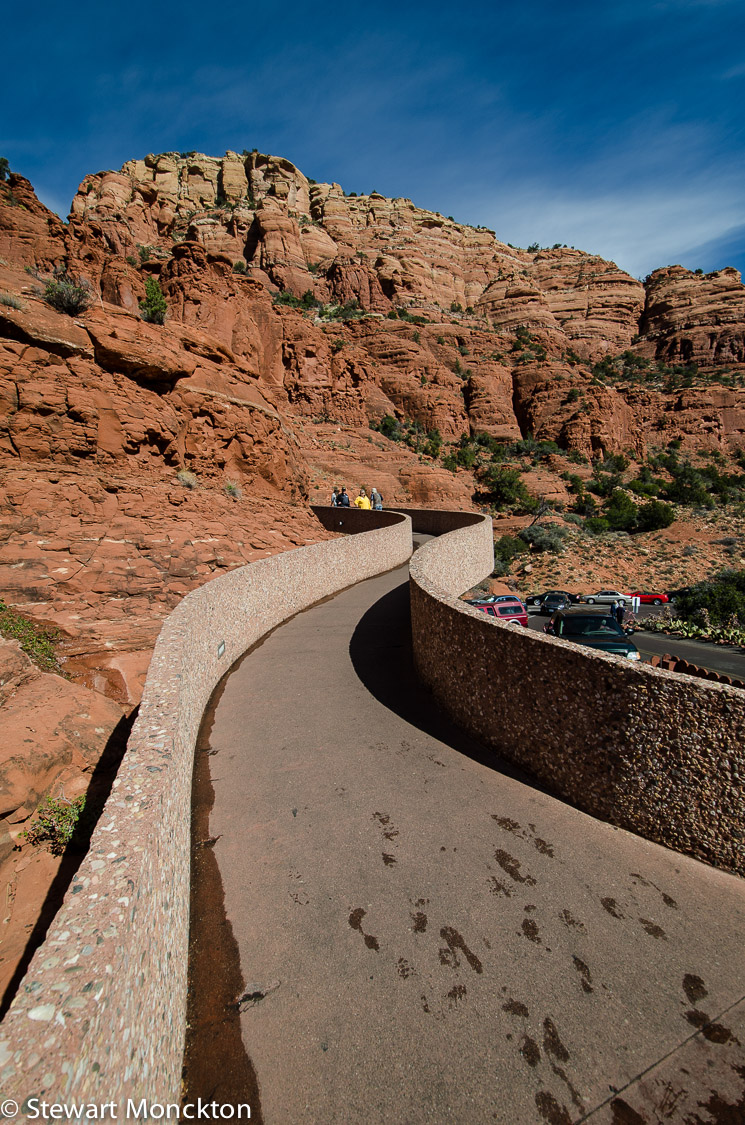 The central structural aspect of the chapel is a large cross - the vertical portion of which is driven between two of the (smaller than most) red-rock domes for which Sedona is famous.  This is most obvious from the road below the chapel. 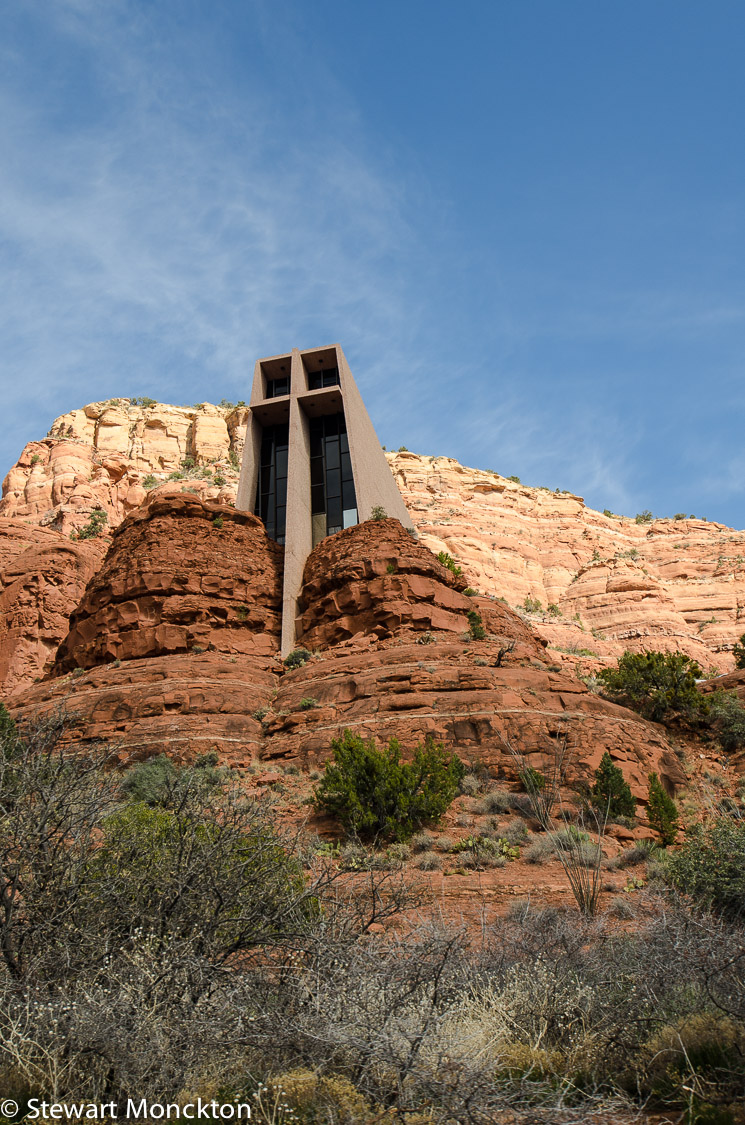 In am unsure if there was an symbolic intent in planting a cross into the rock in this fashion - but it made my mind swim with possibilities of meaning.

Another thing that caught my eye, was that people were throwing money (small change only!) on to the rocks that formed one side of the curving walkway.  This was, apparently, meant to bring good luck. Maybe I think too much about these things - but it struck me that in a country where the presence of Fundamental Christianity is probably more marked than anywhere else in the world, the act of sacrificing money in order to bring you good luck seems strangely pagan.  In fact I could not help but make a link between the thrown money and the votive throwing of swords into lakes, wells and springs that seems to have had important ritual connotations in the Bronze age and later.  Both seem acts intended to please the Gods through the sacrifice of valuable goods - although a Bronze Age sword may have been worth a bit more than the nickels and dimes being thrown. 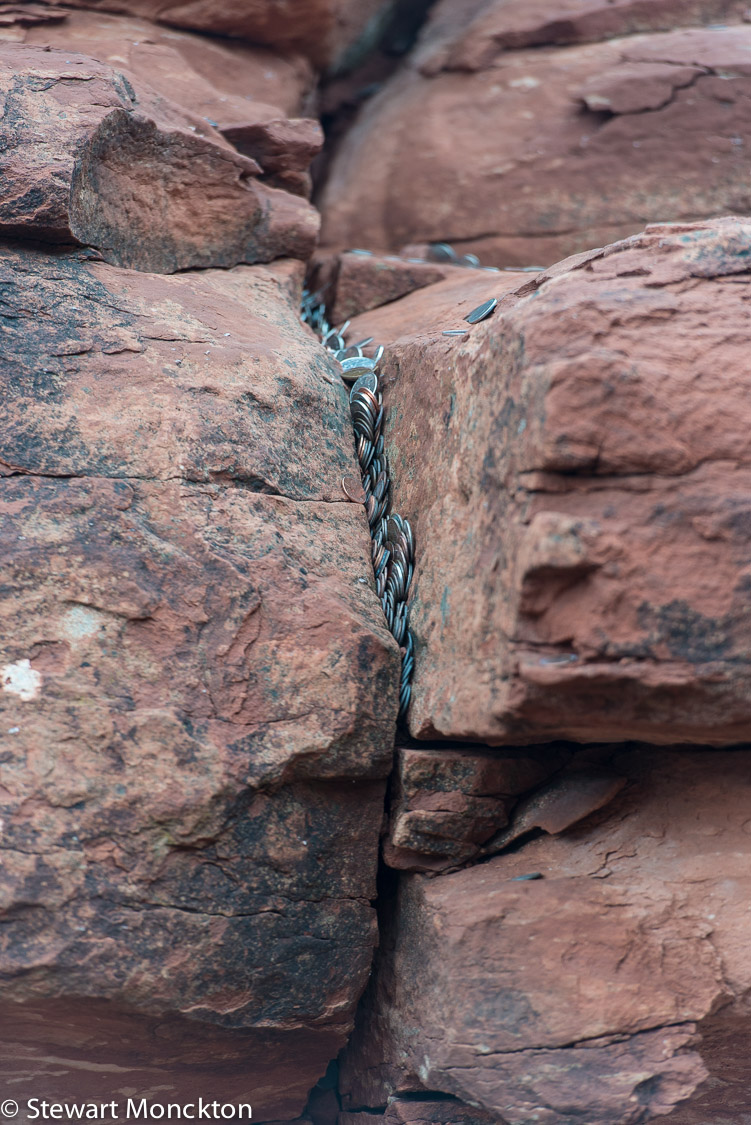 As is almost is always the case, I was brought back to Earth by the presence of something natural.  This wonderful (possibly, old) little tree was growing out of the rocks about half way from the car park to the chapel - and as is often the way with the things I stop to look at, very few other people seemed in the least bit interested in it.  Behind me stood a human artefact, in front of me grew the product of all that is natural and wonderful in the world - and people seemed to be ignoring it! 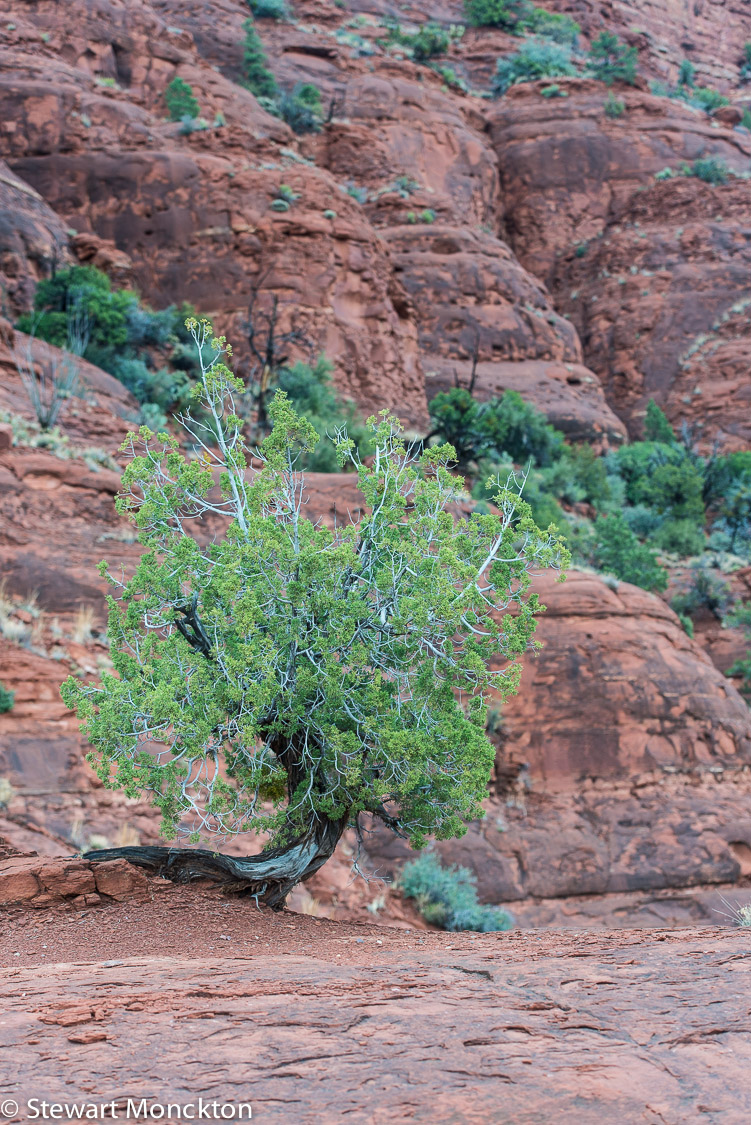