Shallow wetlands are often a real draw for waders and other wildfowl.  Exposed mud is even better.  And a combination of both is paradise.

An area of old shell diggings at Point Lonsdale - called Lake Victoria - is a good example of this combination.  Lake Victoria is a shallow saline lake that in part was formed by the digging a deposit of  shells, local known as shell grit.

I was wandering though the area a while ago and found it busy with waders.  Many were rather long way away and as I can either carry a long lens or a telescope, but not both, I could not get brilliant views of the roosting birds.

This is one of the better shots of the largest roost. (You need to click on the image for the best view)

The flock of birds contains Curlew Sandpipers, Red Necked Stints and Sharp-tailed Sandpipers.  Behind the main flock are some Chestnut teal.  The large, pale wader in front of the flock is a Common Greenshank (well, I was watching Greenshank a few minutes later, and only found this bird in the image when I looked at it at home!)

I waited a while and managed to get some images of birds that were rather closer - the best of these were of Curlew Sandpipers - Calidris ferruginea.

The Curlew Sandpiper breeds in North East Siberia and spends its non-breeding time in Australia (and many other southern countries as well).  When it is in breeding plumage the front of the bird is a wonderful red colour.  This is where the ferruginea part of its name comes from - remember that Iron is red, and Fe is the chemical symbol for Iron. 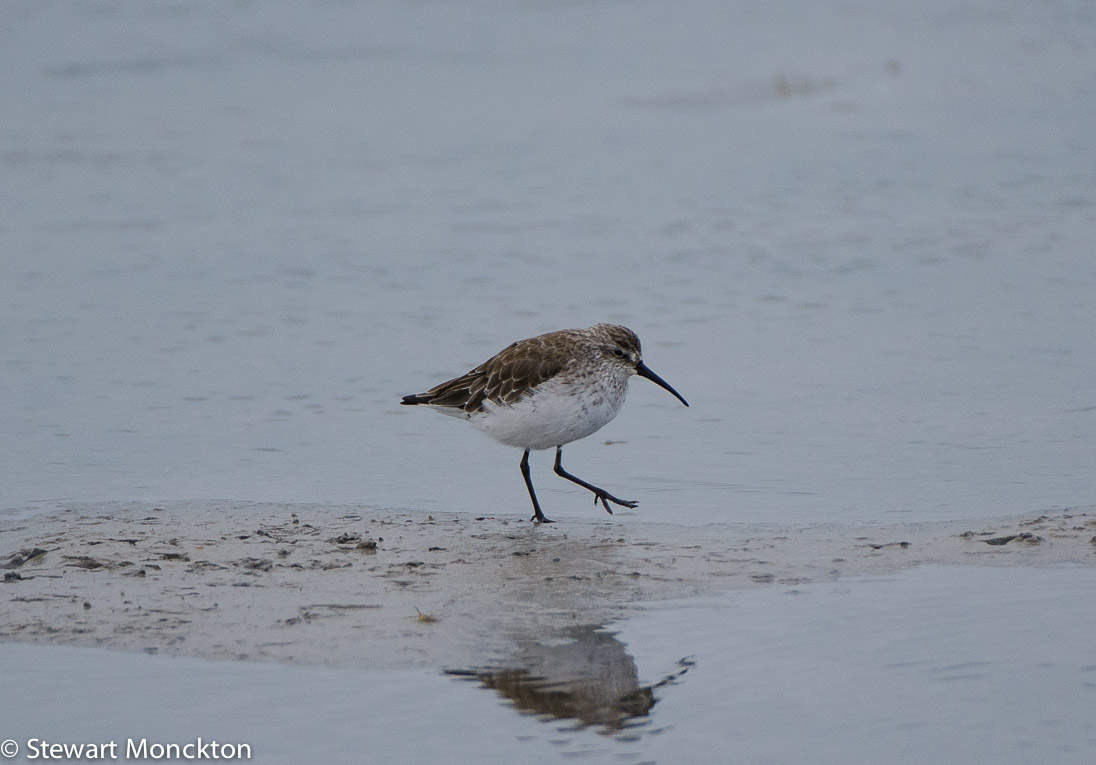 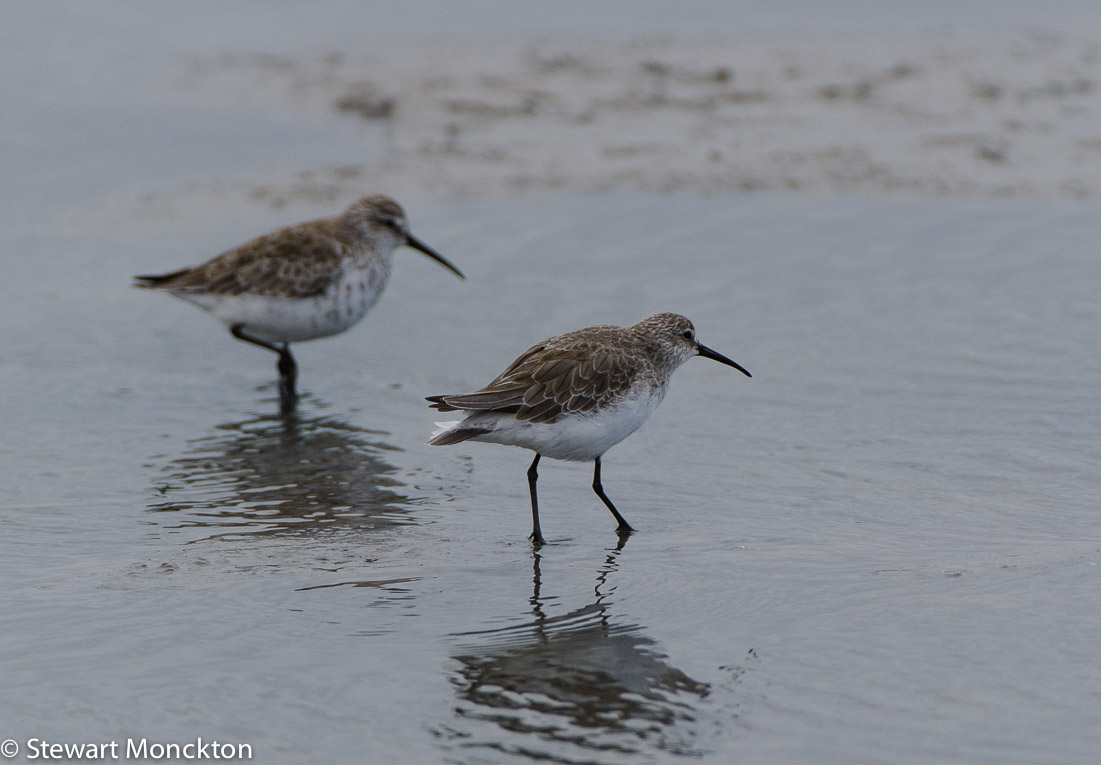 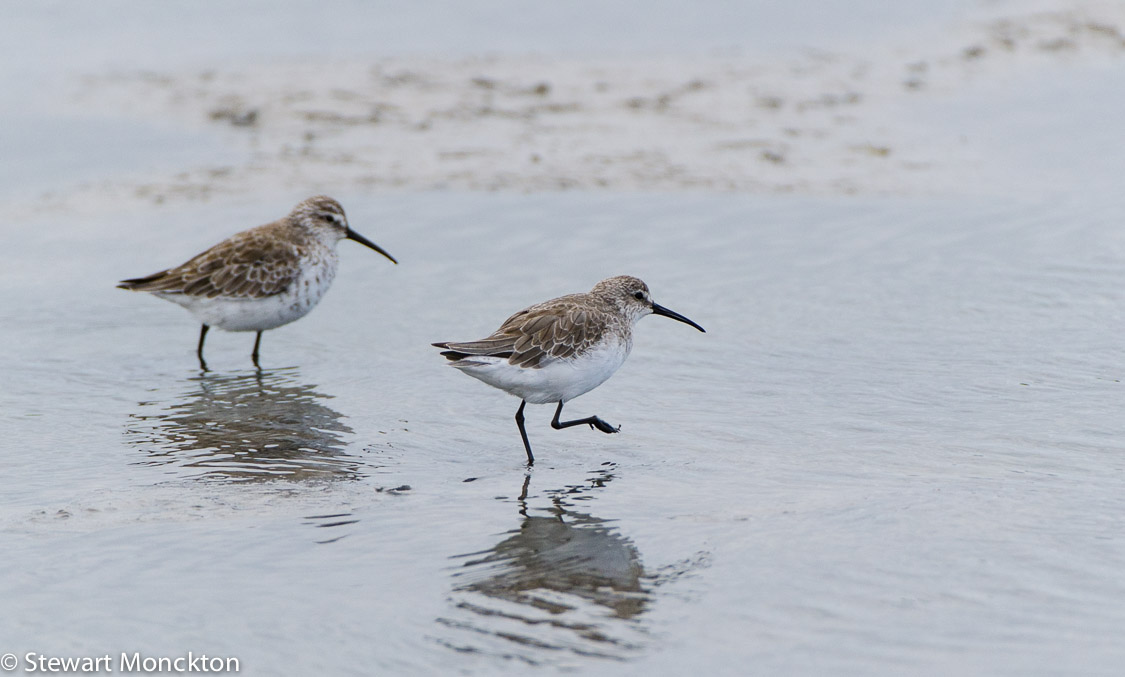 If you ever get a chance to visit The Bellarine peninsula I would recommend a walk around this lake.

Now its your turn - and please don't forget to limit the text in the widget to your name and a location.