During a bit of a tidy up I managed to clear out a rather large pile of unwanted CDs - old backup discs and such like.

It came as no surprise that they were claimed by 'Craft Women' who started work on a project with them.  When they were laid out on the table, waiting for the glue to dry,  I noticed the rather good interference patterns being caused by a combination of daylight from the windows and LEDs from above.

I don't need to be asked twice! 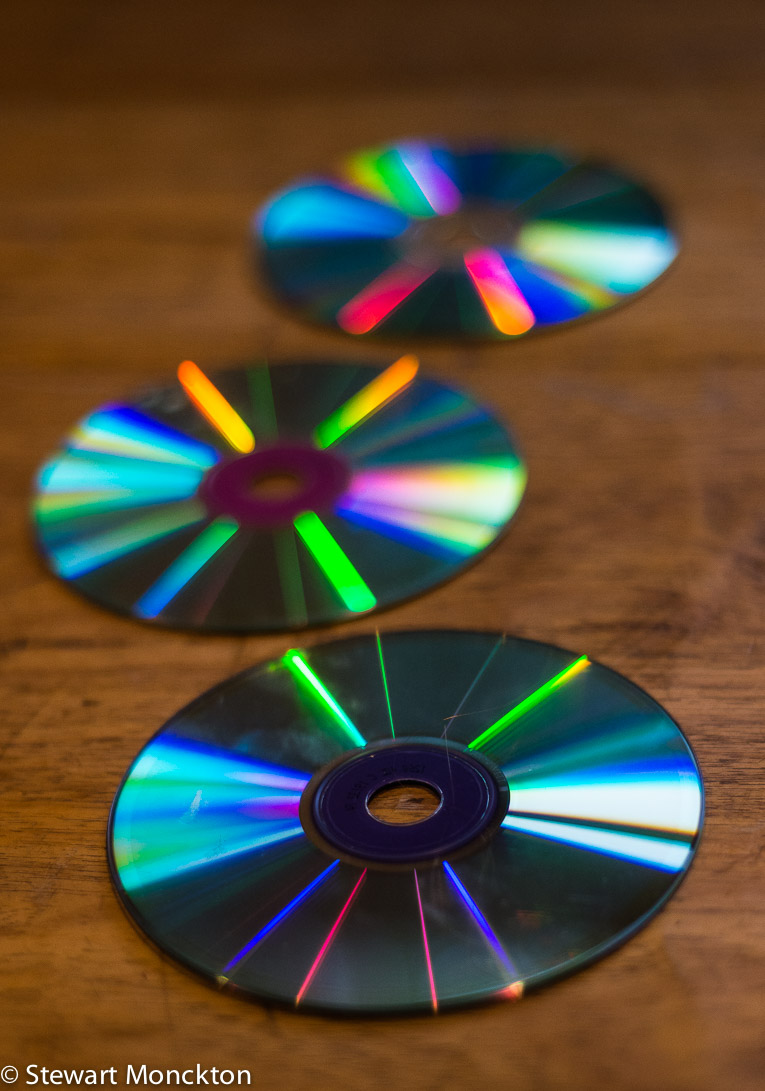 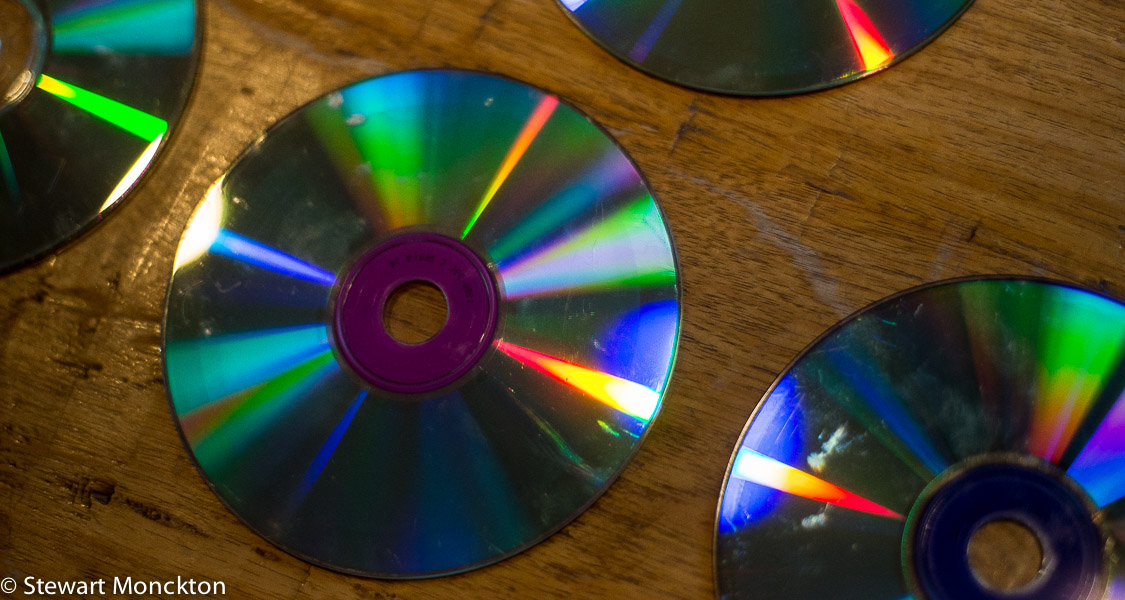 You can find more macro images at Macro Monday 2 and I Heart Macro
Posted by Stewart M at 02:00