A the start of the week I posted an image of an a echidna - and a reasonable number of people seemed  not to know what it was.  I'll admit that it was a picture from behind, and that it is not in the running for any major (or minor)  photographic prizes, but I thought this strange, if iconic, beast would be a bit better known.

So, I have sorted through the archives to find some more images.  The Short-beaked Echidna is a monotreme, which means that it is an egg laying mammal.  The female lays a single egg from which hatches the young echidna hatches about 10 days later.  The youngster is then carried for about 50 days in the pouch.  It is only after the youngster - called a puggle - leaves the pouch that it starts to develop spines - which is probably a relief to the mother.  While in the pouch the young echidna suckles milk directly from 'milk patches' in the skin of the mother.

As an adult the echidna is a toothless specialist feeder on ants and termites.  One of its more well known adaptations is its defence behaviour, where it buries itself in the ground and presents whatever is traumatising it with dome of sharp spines.  Watching an echidna do this is rather amusing, as it seems that they just sink vertically into the ground.  Once they have adopted this position, they seem to have almost infinite patience to out-wait what ever disturbed them - including would be nature photographers!

I have posted some of these images before, hope nobody minds! 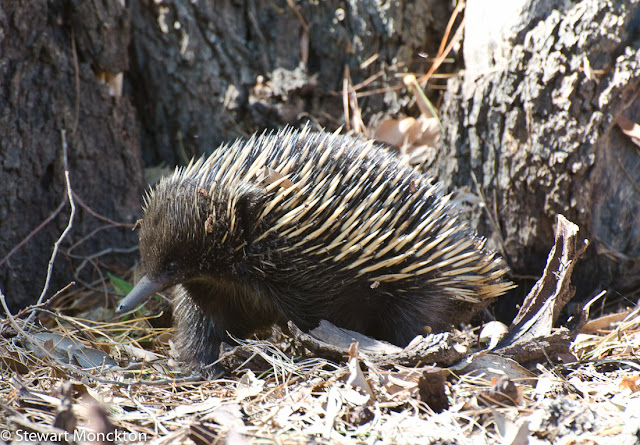 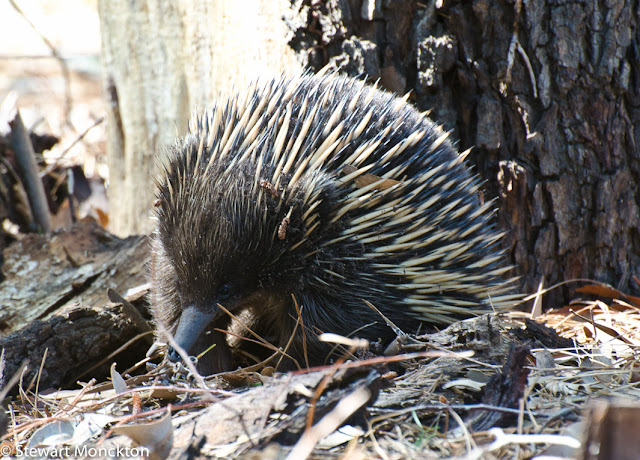 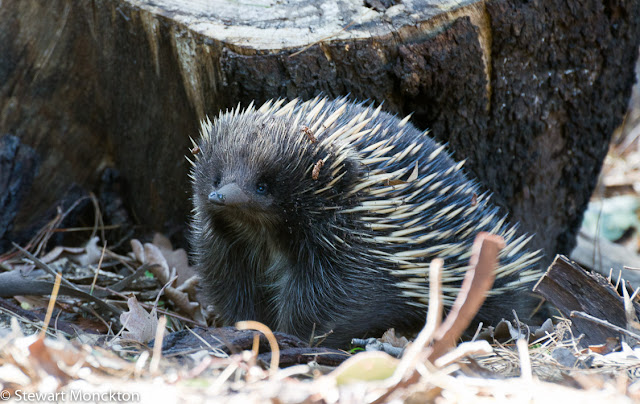 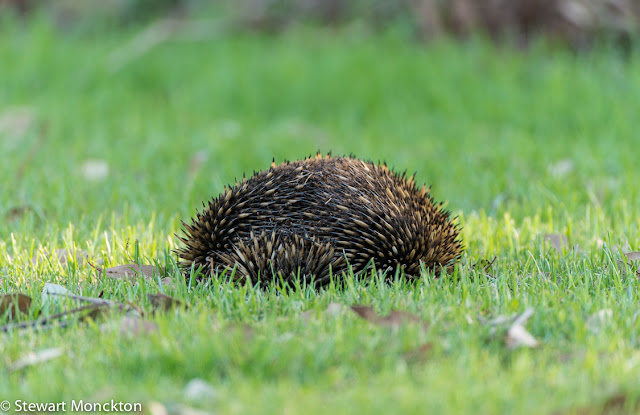 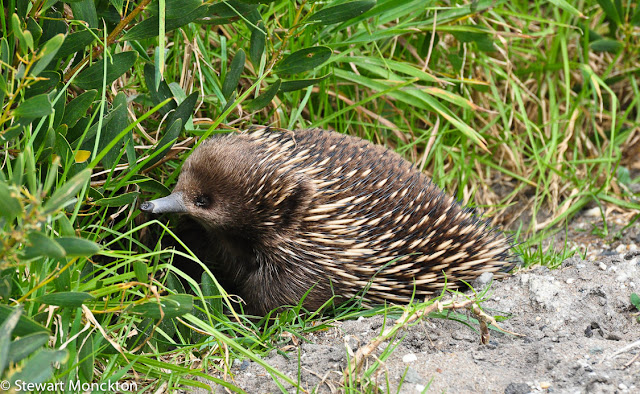 You can find more pictures of animals from around the world over at Saturday Critters.
Posted by Stewart M at 02:30