Across the river and into the trees

The Otways are both a range of hills and an area of cool, termperate rainforest.  Apollo Bay, where we stayed in the school holidays is one of the larger settlements on the coast of the Otways.

Given that the area supports rains forest is hardly surprising that it get a decent amount of rain - and where you have rain and hills, you get waterfalls.

This waterfall is called Hopetoun Falls and it is only a short - but steep - walk to the base of the falls from the carpark.  The whole area is wonderfully cool and green. 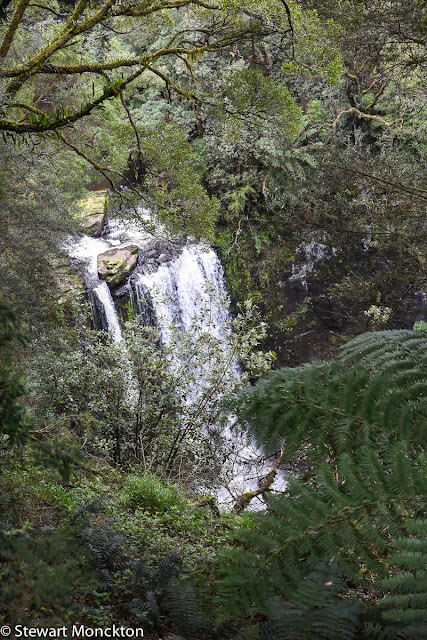 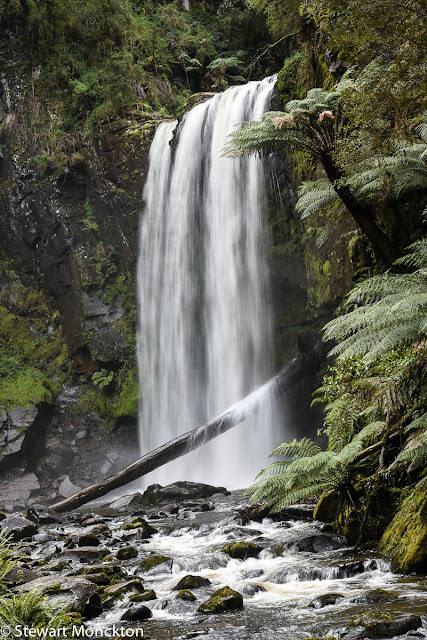 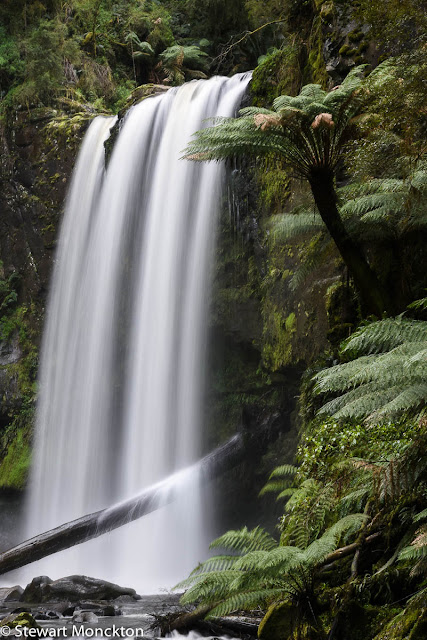 In many ways that Otways are similar to the forests of the Pacific Northwest of the USA - and there is another American connection just down the road for these falls.

In the 1930 a number of plantations of Californian Redwoods were planted in the Otways - and some of been left more or less undisturbed since then.  Many of them have reached a height of 60 m and some people think that given time (and a bit of luck) they may one day be has tall as the trees in their native lands. Now that would be a sight to see. 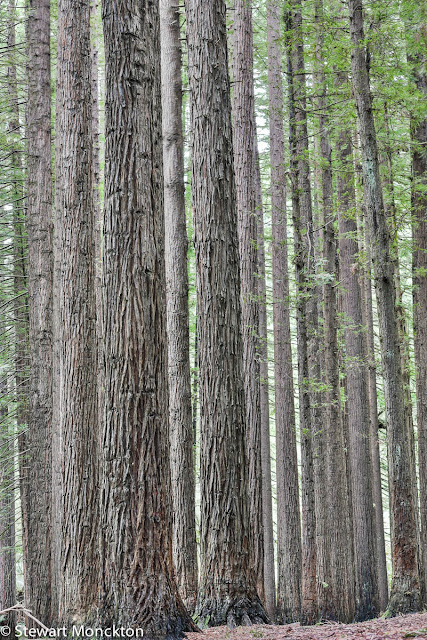 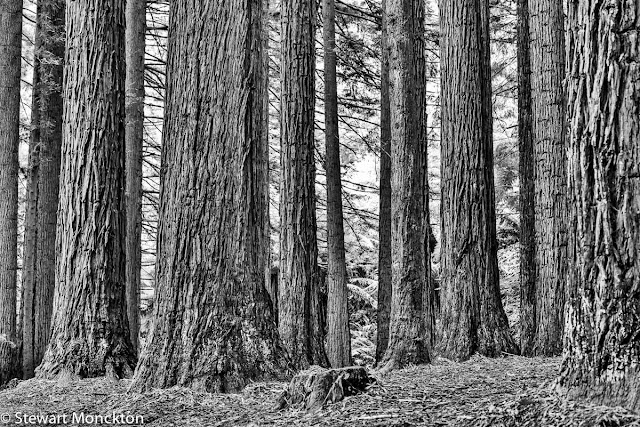 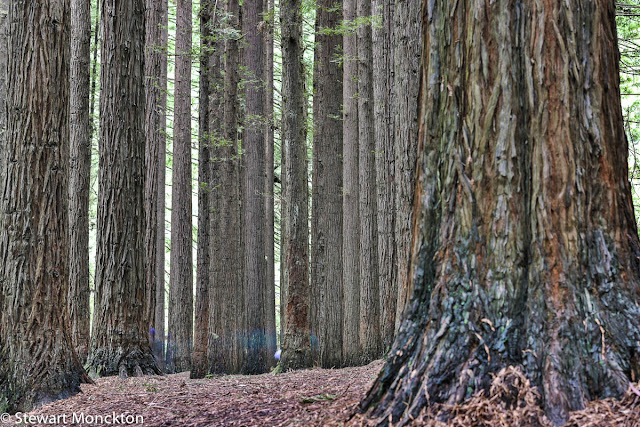 I have converted one of the images into black and white. In the final image you can see the 'ghosts' of people moving between the trees - this is what happens when you use a 2 second exposure.  I have to say it was pretty dark under those trees.

You can find more shots from around the world at Our World Tuesday.  SM
Posted by Stewart M at 02:30