The Eurasian Coot is a wide spread species;  it's so wide spread that its one of the few species I see in Australia that also occurs naturally in the UK.

With its black / grey plumage and white head shield it's hard to get this mixed up with many other birds.

Good old Fulica atra can often be seen storming about ponds small and large - if ever there was a means of measuring aggression per ounce, I'm sure this bird would win!  As a kid I can remember them running the length of long winter ponds to settle some obscure dispute with a member of its own species!  I think the red eye speaks of a fiery temper.

On sunday I found this rather more relaxed scene as a pair of coots fed their splendidly ugly chicks.  The term "bald as a coot" refers to the white head plate that the adults possess, but I was surprised to find that the chicks are bald as well.  This family seemed very at home in the border waters between the reeds and the open pond.

At some time in the future these Australian coots may become a separate species - not because of some rapid evolutionary change, but because taxonomists already suspect they not be the same species as is found else where - I'll have to wait for the studies to be done before I can get that tick! 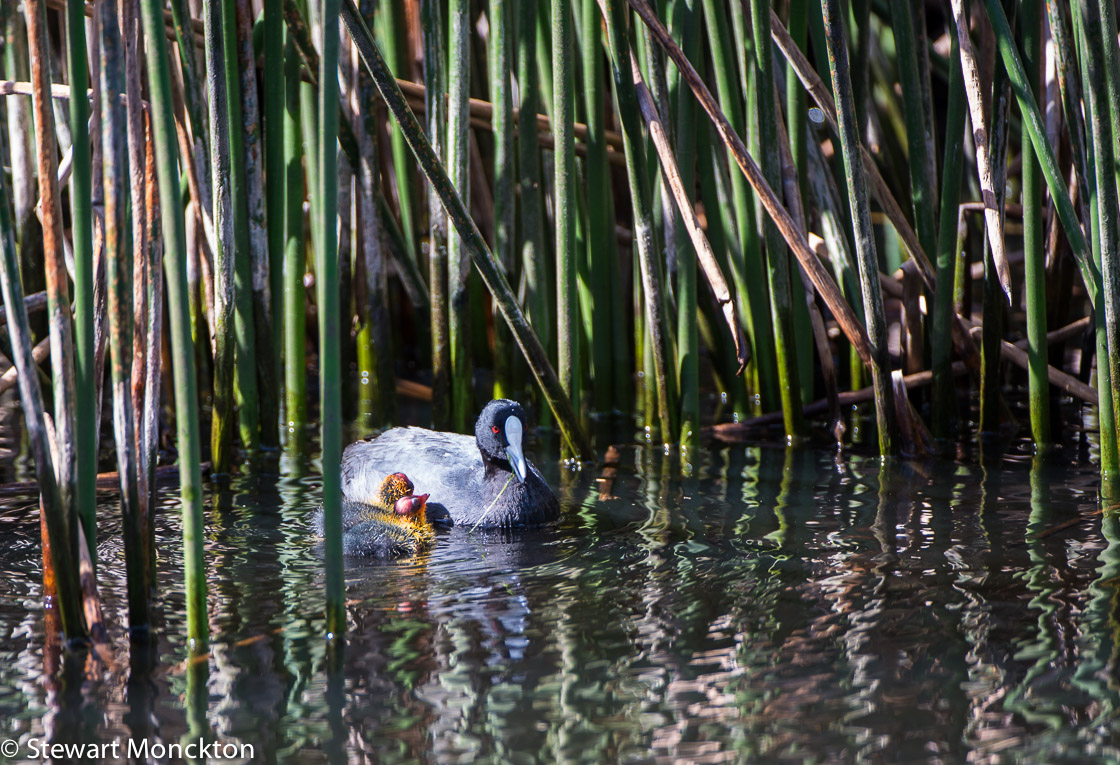 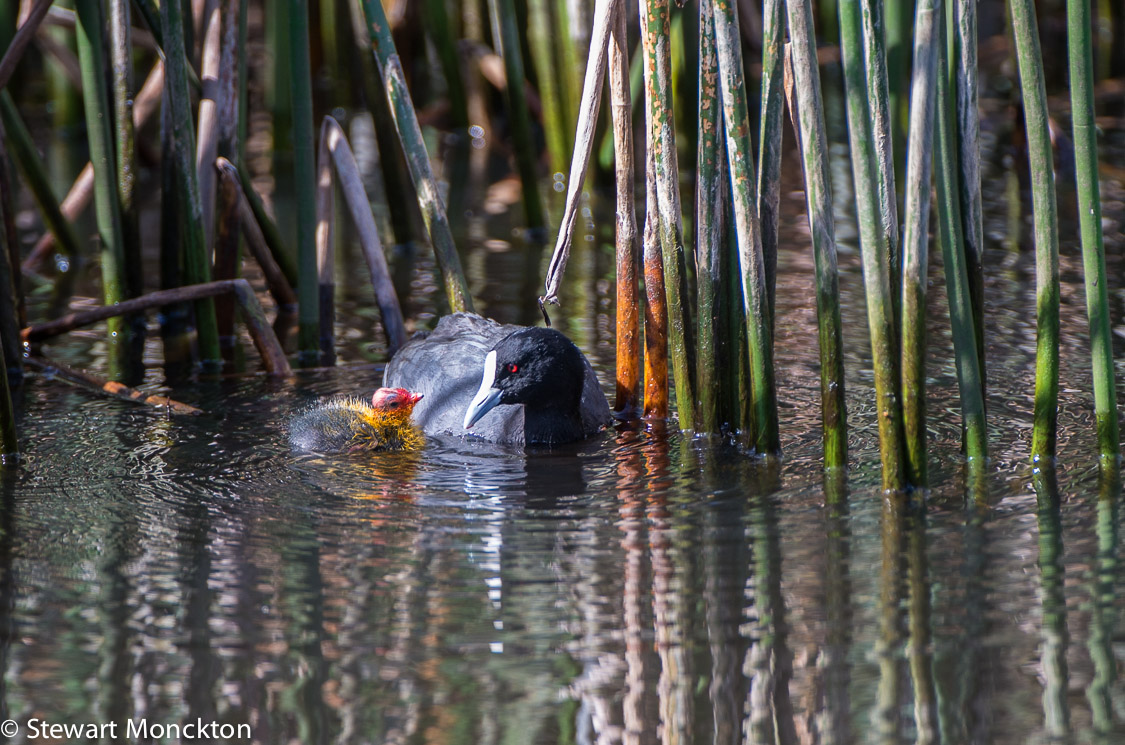 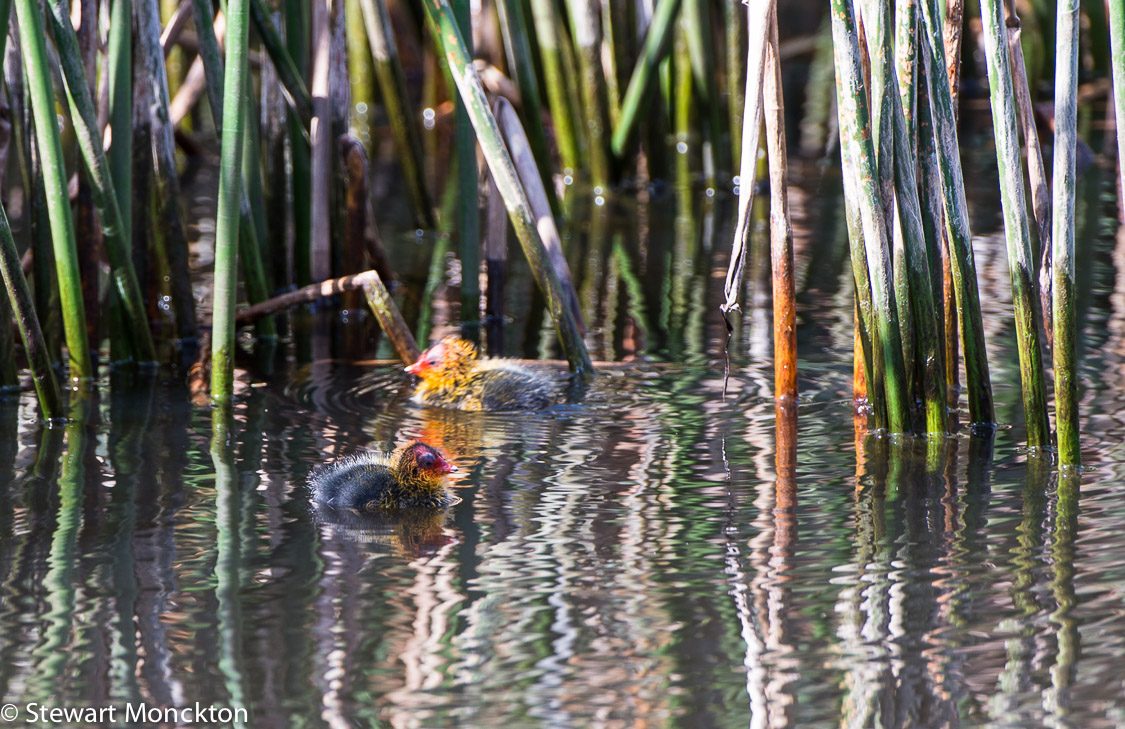 Now it's your turn to join in with WBW.  Good number of bloggers had been linking at the end of last year -  but we can always find space for more!  So, invite away and don't forget to link back here!
Click the link and off you!
Posted by Stewart M at 02:00